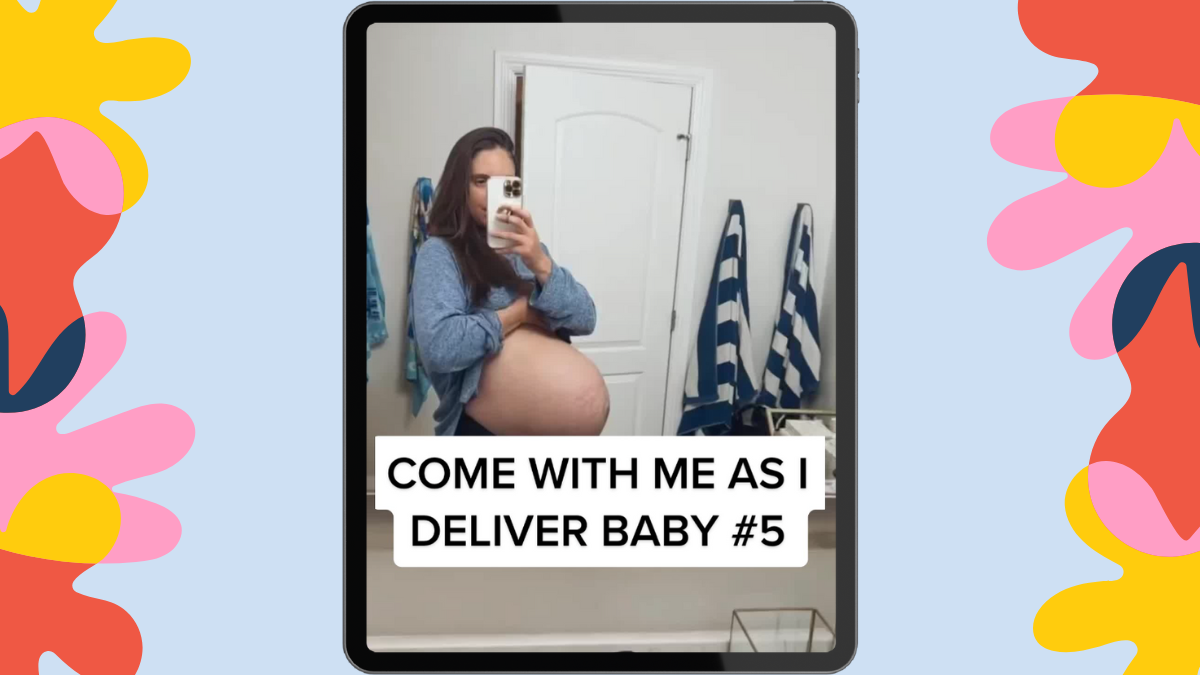 When new parents are preparing to go through the birthing process for the very first time, it’s normal for them to have a lot of questions and a lot of anxiety. Most hospitals even host birthing classes to give them the facts and to help them try to prepare. But, sometimes, there’s nothing quite like talking to other parents who’ve been through it to help you understand what to expect.

Chrissy Horton is a popular parent creator on TikTok who knows what birth anxiety is like firsthand. That’s why she decided to not only talk about her birth experience with her followers, but to let them experience it right along with her. When Horton went into labor with her fifth child, she recorded her labor and delivery from start to finish. Now, her honest and moving footage is helping expectant parents feel more prepared.

“When I was pregnant with my first baby, I had no idea what to expect,” Horton writes in the caption on her video. “I wish I had someone to walk me through how long labor could potentially be, the interventions that were used and what my options were. So, I decided to document and share my entire birthing experience from start to finish.”

Horton hit “record” as soon as her contractions started. She labored at home for the first several hours, timing her contractions and balancing on an exercise ball. Then, she took a shower and even did a load of laundry and got some sleep. Around 3:00 a.m., she says, her contractions got strong enough and frequent enough that she knew it was time to head to the hospital.

“They say you know it’s time to leave for the hospital when your contractions are happening at least every five minutes, last for one minute each and have been consistently for one hour,” Horton tells her followers. “This is called the 5-1-1 rule.”

After checking into the hospital, Horton is shown requesting an epidural. “I birth big babies, like over 10 pounds, and never once was a c-section recommended to me just because of their size,” she explains. “I have had an epidural for all of my births, so with baby number five I really wanted to try to have an unmedicated birth…I was close, but I knew I would lack the strength to push if I continued to suffer and fight the pain.”

A few things no one tells you about giving birth

Horton was sure to cover parts of labor that expectant parents may not know about, like the fact that people typically need to have a catheter placed after receiving an epidural and that it’s normal to get a case of the shakes during and after labor. Her labor progressed quickly, and about an hour and a half after she arrived at the hospital, it was time for her to start pushing.

She documented the pushing process as well, being sure to keep the camera on her face. You can hear as she talks about the pressure she feels and unleashes a “primal scream” as her baby is born. Post-birth, Horton documents her baby’s delayed umbilical cord clamping and how he was weighed and measured after his arrival.

She also reminds her followers of the reality of postpartum bodies. “You’re still going to look pregnant because your uterus has not shrunken down yet,” she explains.

Why birth videos make a difference

Horton’s honest and vulnerable video has made a big impression on current and expectant parents alike. In a little over a week, her video has been viewed nine million times and gotten over 19,000 comments. The majority of the commenters are thanking her for sharing a labor experience that captures both the uncomfortable parts and the magic of it all.

“I am a first time mom, and I feel like so many videos kind of sugarcoat everything,” one person writes. “Thank you. This taught me a lot.”

“Thank you for being so vulnerable. I gave birth eight months ago, and I still haven’t processed how magical it is,” another person adds.

It’s normal to feel anxiety about the birthing experience. After all, you’re bringing an entirely new human being into the world! In a Care.com survey, nearly 70% of women said they worry about potential complications during childbirth and 68% say they are concerned about having a painful labor experience. Birth videos like Horton’s are not only educational, but they also give nervous parents a tool for understanding what to expect.

Horton understands that no two birth experiences are the same, and she says her goal with her video is just to let other expectant parents to know they can get through it. “I know it may seem scary, but you are stronger than you think,” she says. “You were made to do this.” 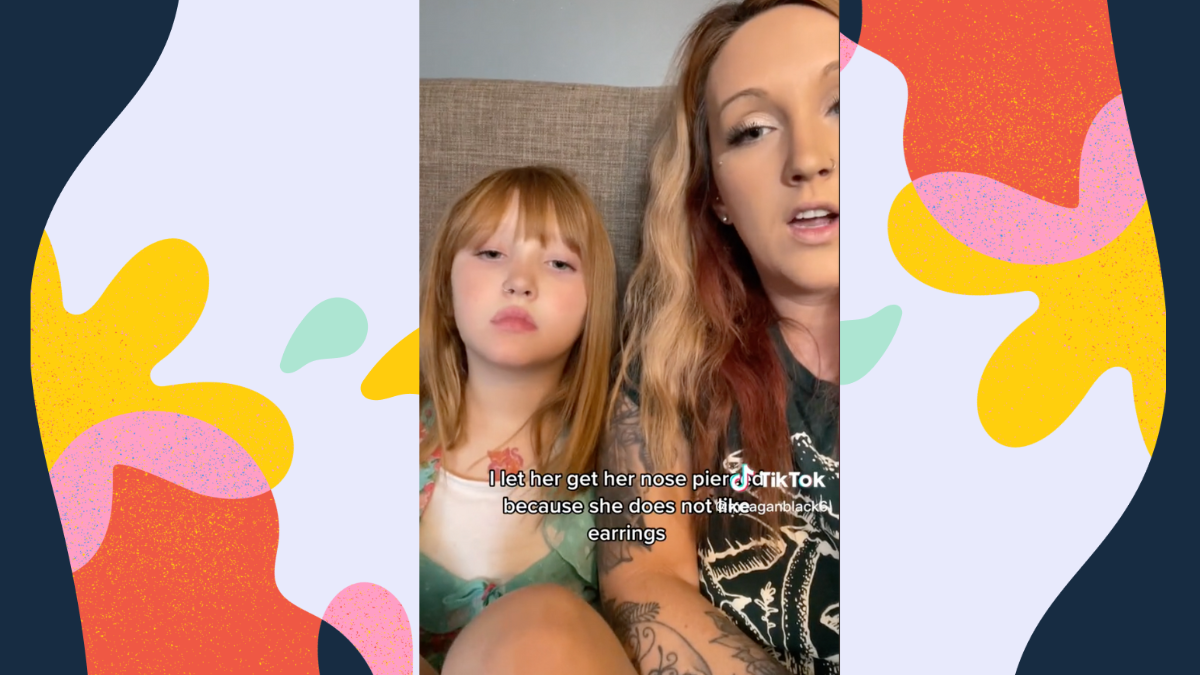 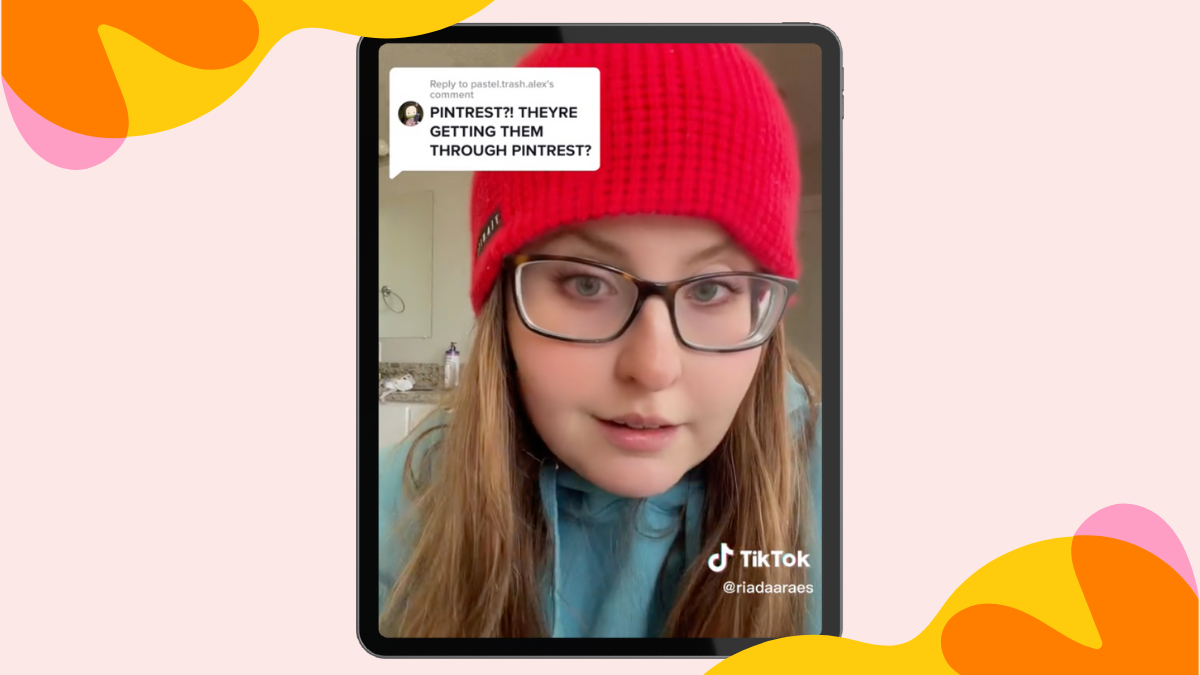 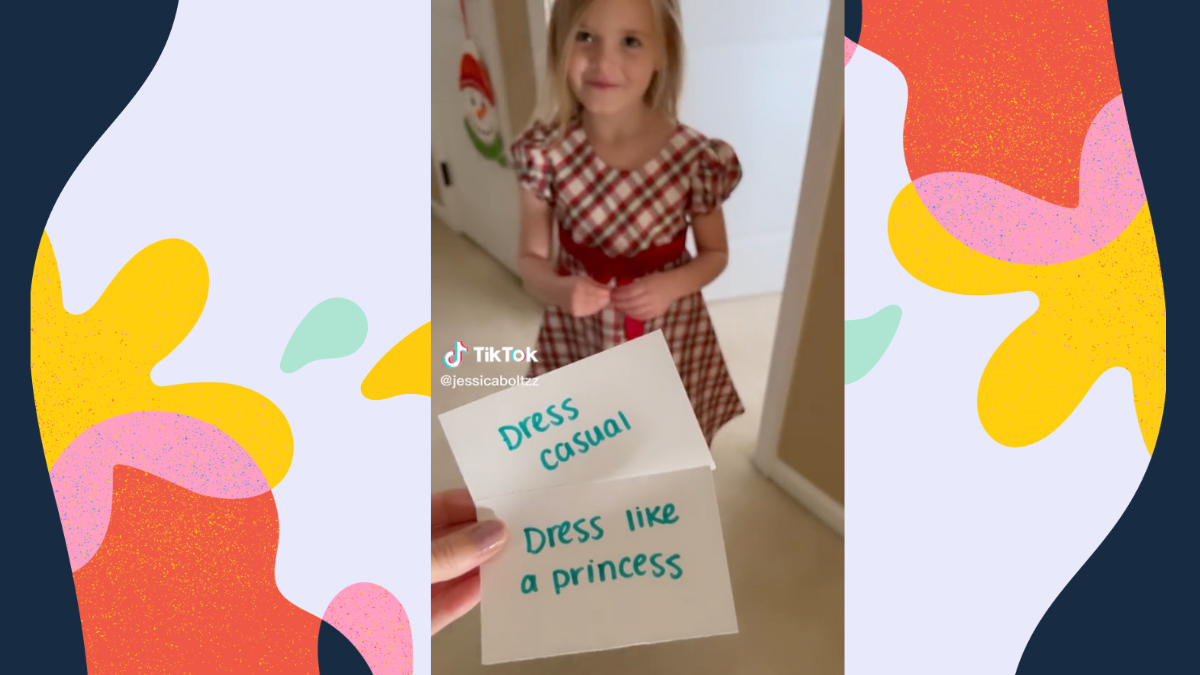 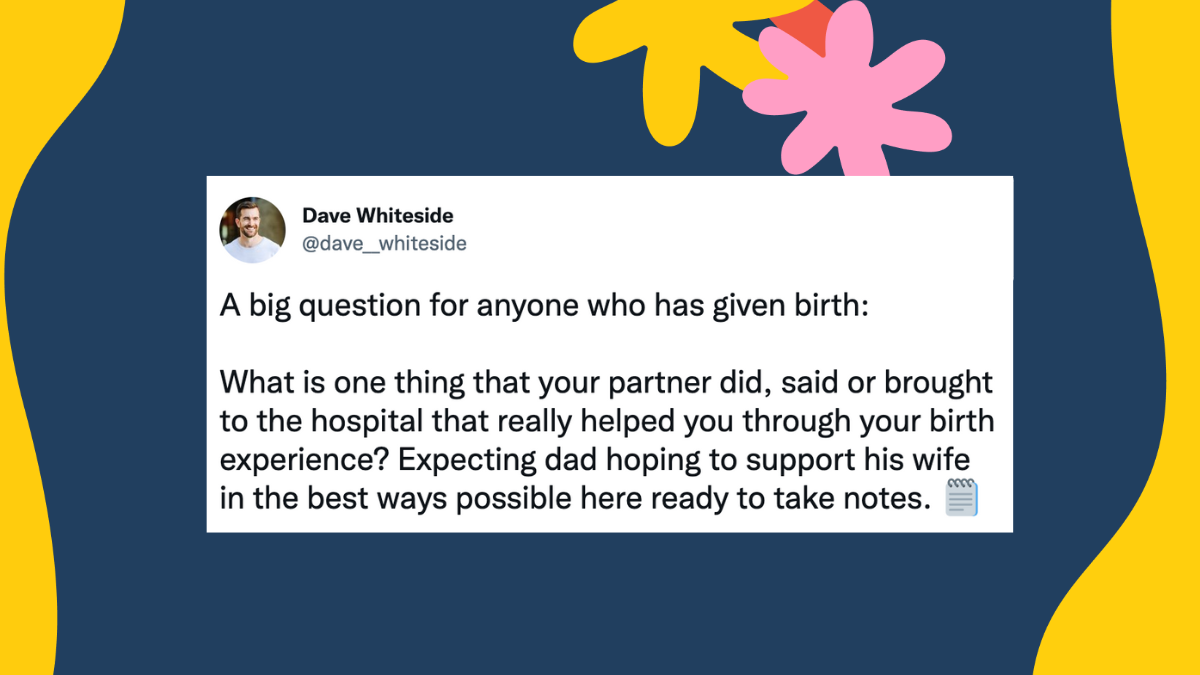 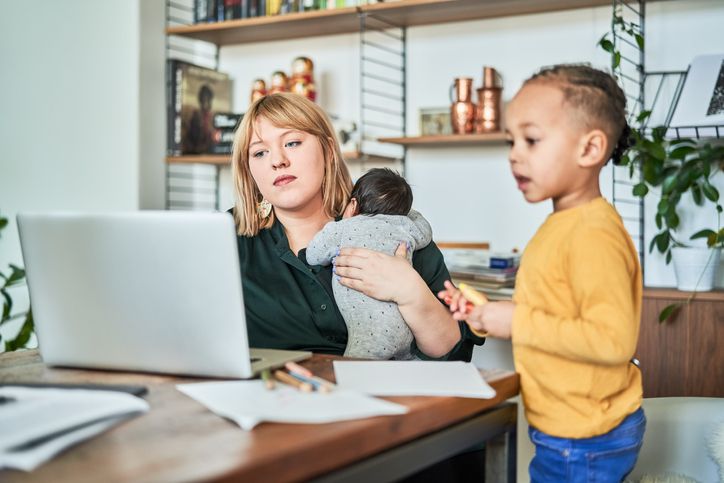 It’s not your imagination — working from home is harder on moms, say researchers 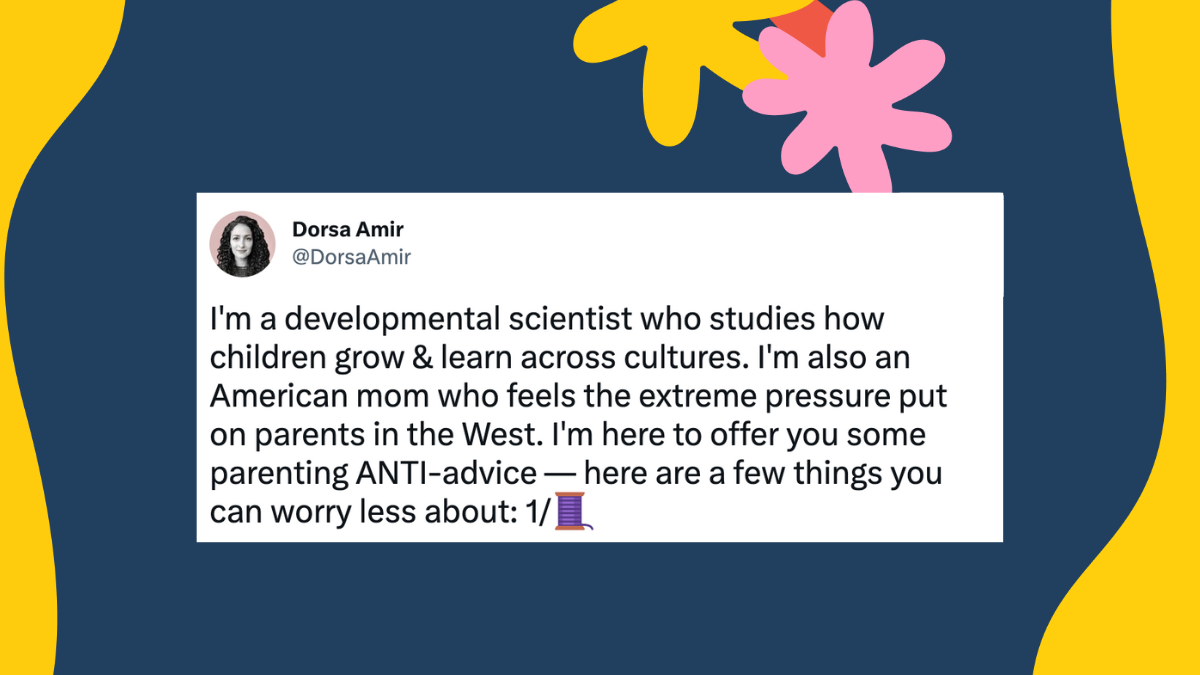 Parents, you’re doing too much for your kids, says child development expert