Currently care for a girl, 3 years old, since she was 3 months old and now including her sibling brother, (2013 to present), and three other families on an "as required" basis as well as working in childcare center. My Previous Experience: 1. Volunteer at The C.'s Place assigned to their infant care center 1995-2004, 2. Volunteer at the C.'s Home Society, caring for infants, 2003-2004 3. Volunteer at St. M.'s Hospital, pediatric care units, 2004 4. 10 years as a volunteer and paid staff member at B. Horizons Childcare facility, infant care center. 3/2005-Present 5. Staff member of N., Nanny Service providing childcare support for FPL during hurricane emergencies, 2005. 6. Childcare provider for a 6-month-old boy and 7-year-old girl 2005. 7. Childcare for infant triplets (2 girls and 1 boy) and their older sibling. Responsibilities included preparing dinner, bathing and executing all the requisite bedtime routines, 2004-2007. 8. Primary caregiver for my granddaughter starting when she was 8 weeks old until she was about 8 months old. And then for grandson to a lesser degree. Starting July 2008 9. Childcare for 7-week-old infant boy, based on an agreed look ahead advanced schedule., 2008-2008. Provided baby-sitting support for a family of three girls, approximately age 4, and 2 years and 7 months (2009-2010). Care for an infant girl, born 4/2010 every Monday (2010-2012. 10. Assist in the care of twin newborn boys and 3-year-old sibling. Started caring for twins when they were out of the hospital, 2010-2012) 11. Volunteer at the childcare center for the H. Classic providing childcare for PGA player's families, 2008- 2011. Serve as Tournament Childcare Committee Co-Chairperson. 12 Completed State of Florida Childcare Workers certification course. Am infant and child CPR and First Aid certified through 10/2011. Completed FBI and FDLE screening June 2011 I am a college graduate (engineering-1965), retired from Pratt and Whitney Aircraft with 35 years service (1965- 2000), and a dad to two grown daughters and four grandchildren. Wellington resident since 1977.
Comfortable with pets
Non smoker
Has transportation
Willing to travel 15 mi
CPR/First Aid Trained

TB
Tiana B. Hired Joseph
Jun 4, 2019
Joseph is amazing with children. We have hired him on an as needed basis and I am impressed by how quickly he was able to connect with my daughter. He engages with her and helps her to learn and explore. He knows a lot about the development of small children and he encouraged us to start teaching our baby sign language. This helped us a lot when she was younger. Joseph is always on time and is a very real, honest person. I would trust him with my children anytime knowing that they are safe and having a good time.
Showing results 1 of 2
Read all reviews Read all reviews
Education

I completed a State of Florida child care certification as well as other in service training. 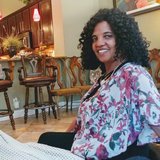 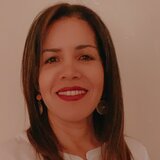 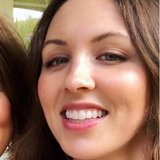 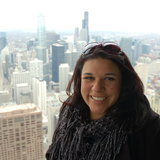 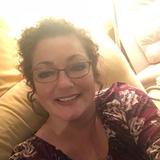 Or take a look at some other care options:

Has opted to feature their profile