How to tell if a dog is pregnant Skip to content 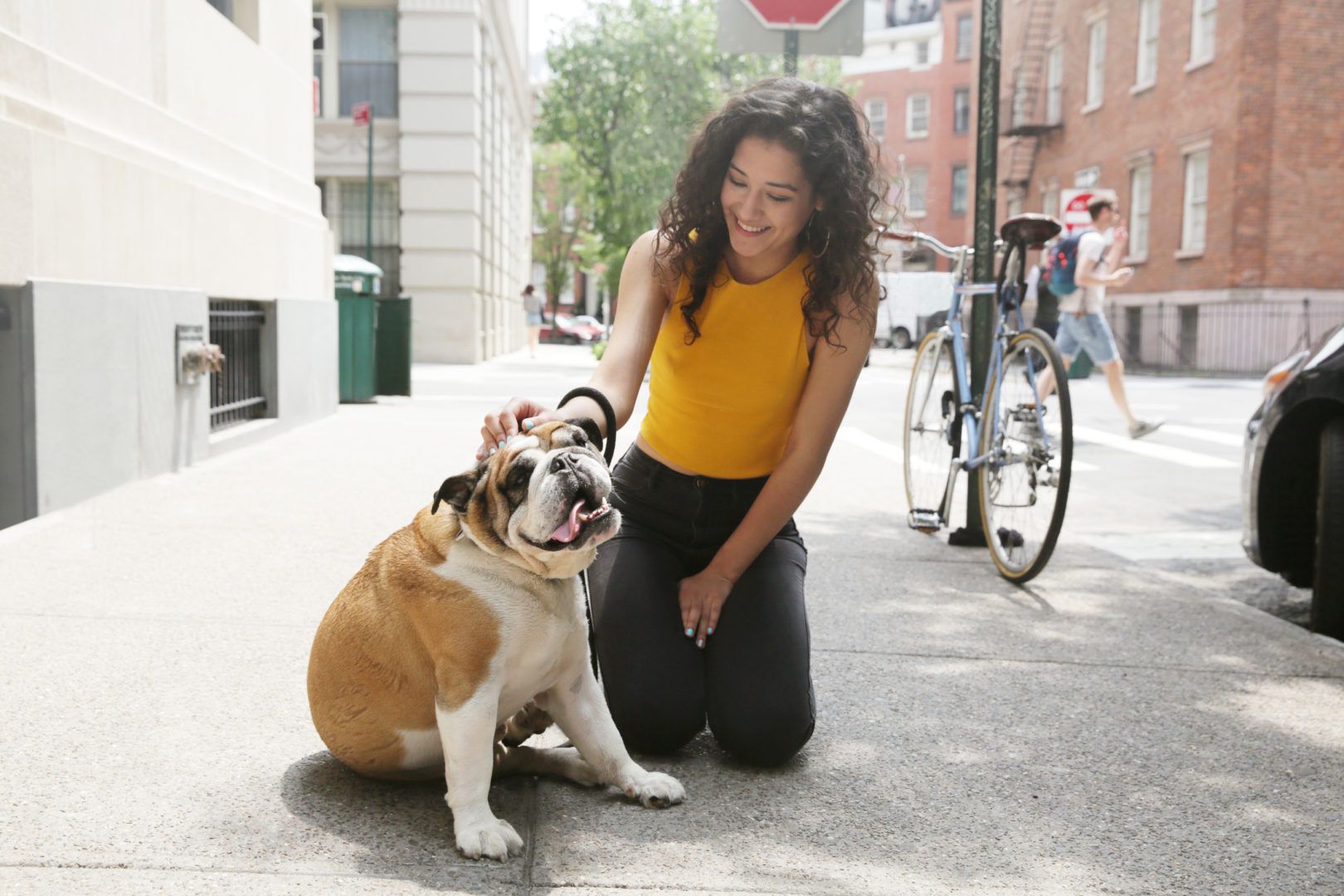 Do you have babies on the brain? We’re referring to the fluffy, cuddly, puppy kind that squeak when hungry and make your cold heart melt in an instant.

If you think your dog may be with child, or, er, multiple canines, there are signs to look out for much like there are with human pregnancies, including unpleasantries like vomiting and fatigue. The dog gestation period lasts between 61 and 65 days, and since there are no at-home pregnancy tests for curious canine owners like us, your vet will definitely be your best point of contact during this exciting time.

“Confirming that a dog is pregnant can be done using several diagnostic tests,” says Dr. Jessica Romine, diplomate of the American College of Veterinary Internal Medicine and specialist in small animal internal medicine at Blue Pearl Pet Hospital in Southfield, Michigan. “At about 30 days, there are blood tests to measure relaxin hormone levels that can be done by a veterinarian to confirm pregnancy.”

Also around this time, an ultrasound can be performed to look for those tiny heartbeats that will go on to get all the hearts on Instagram.

“This can tell you that the female is pregnant but is not accurate to determine how many puppies are present,” she says.

The most accurate way to tell just how many doggie toys you’ll need to buy is through an X-ray.

“Their skeletons are not mineralized enough to see until at least 45 days, and usually it is recommended to wait until 50 to 55 days of pregnancy to give the most accurate count,” Romine says. “Knowing how many puppies to expect is important, so you know if she has finished with labor or if there may be a puppy stuck in the birth canal.”

Here are some clues that your canine could be expecting and life could be getting a whole lot cuter.

In the early days of pregnancy everything may be business as usual, and there may or may not be any physical signs you can detect until your pup is over the halfway mark. It’s good to know, however, that sickness may occur.

“About three weeks after she has become pregnant, a female dog may start to show some mild stomach upset, a drop in her appetite and sometimes even vomiting,” she says. “This is similar to human morning sickness and occurs because of hormonal swings.”

Thankfully, this usually resolves on its own within a week, but beware: “If she will not eat at all, or if the signs persist longer than this, she should be seen by your veterinarian to be sure nothing more serious is happening,” Romine says.

An expectant mother dog may not be her usual energetic self.

“Pregnant dogs can become tired in the first few weeks, around the same time that they sometimes show signs of nausea similar to human morning sickness,” Romine says.

The good news is that after this fatigue passes, “they usually have a mostly normal energy level until the end of pregnancy, when they have gained a significant amount of weight and need to rest more,” she says.

Looking ahead, another sign that labor may be starting is that she becomes restless rather than tired. Hey, can you blame her for wanting this thing called pregnancy to be over?

You may notice some subtle changes to your dog’s body as it prepares for the blessed event.

“About one month after mating, she may develop a small amount of mucus from her vulva, and about this time, you may also observe her teats enlarging and becoming more pink,” Romine says. “Sometimes there is also a small amount of liquid produced, which is normal.”

Whether human or canine, it’s normal to put on pounds during pregnancy. But it’s important not to go overboard with food should you suspect a pregnancy. (More about that in the next section).

“Weight gain is not seen until about seven weeks, and from there until birth, her weight may increase up to 50 percent above her normal weight,” Romine says.

But the size of the mama’s growing belly can depend on a few factors.

“Typically it takes about 40 days to notice that her abdomen is bigger than normal, and it can be less noticeable in first-time mothers and if the litter size is small,” she says.

Carrying cuties requires certain things, like extra calories. But not too many. “Her appetite will usually increase after about the halfway mark, and so will her caloric needs,” says Romine. “No increase in food is needed until the halfway mark, and encouraging weight gain in the first 30 days or so can actually negatively affect the health of the pregnancy, so it is recommended to continue feeding her normal amounts of a normal adult well-balanced diet.”

When a vet has confirmed pregnancy and you’ve reached the halfway mark, discuss with your vet how to gradually transition to a diet of dog food that is approved for “All Life Stages,” because it provides extra nutrition.

“The recommendation is usually to slowly increase, by about 25% per week, the amount [of that food], over the last four weeks of the pregnancy,” she says, adding that it’s important not to overdo it. “These diets have the appropriate minerals and vitamins, so it is not recommended to provide extra, especially calcium. Giving extra calcium while on an appropriate growth/lactation diet will suppress her own natural calcium releasing hormones, which can actually lead to low calcium when she starts to nurse.”

This happens with humans, too — you know, like the sudden need to clean a house from top to bottom days before a new family member arrives. Well, dogs can show nesting behaviors, too, very late in pregnancy.

“Just prior to entering labor, many dogs will exhibit ‘nesting’ behaviors, which can include withdrawing and looking for a quiet, safe place that is protected and hidden, wanting to ensure blankets are comfortably arranged,” she says. “During this period, you will want to be sure she has access to such a spot, at room temperature so she doesn’t get hot and the puppies don’t get cold, and being sure she can feel relaxed and hidden from too much activity or exposure.”

None of the signs above are a definitive answer to your puppy pregnancy question and you should know that sometimes Mother Nature plays tricks.

“There is a syndrome called false pregnancy where a female dog is not pregnant, but her hormones fluctuate as if she is pregnant,” Romine says.

Some dogs can be sensitive to these hormones and signs like nesting (and even labor-like contractions) can present themselves, even though your pup isn’t pregnant.

“Usually a false pregnancy, or pseudopregnancy, only lasts about three weeks and is not typically harmful,” Romine says. “But it can be difficult to tell from a true pregnancy, so she should be evaluated by a veterinarian to determine if she is carrying puppies or not.” 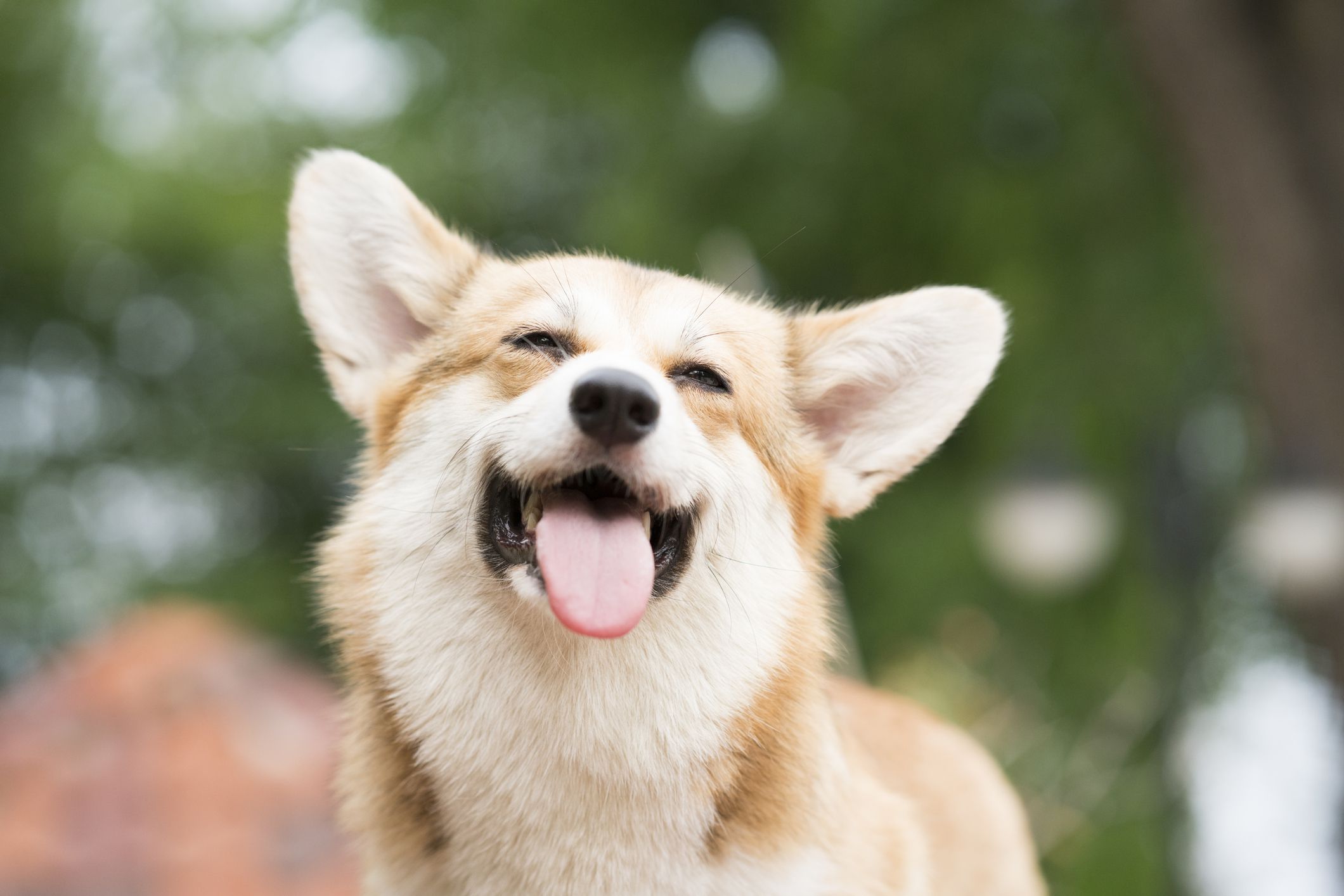 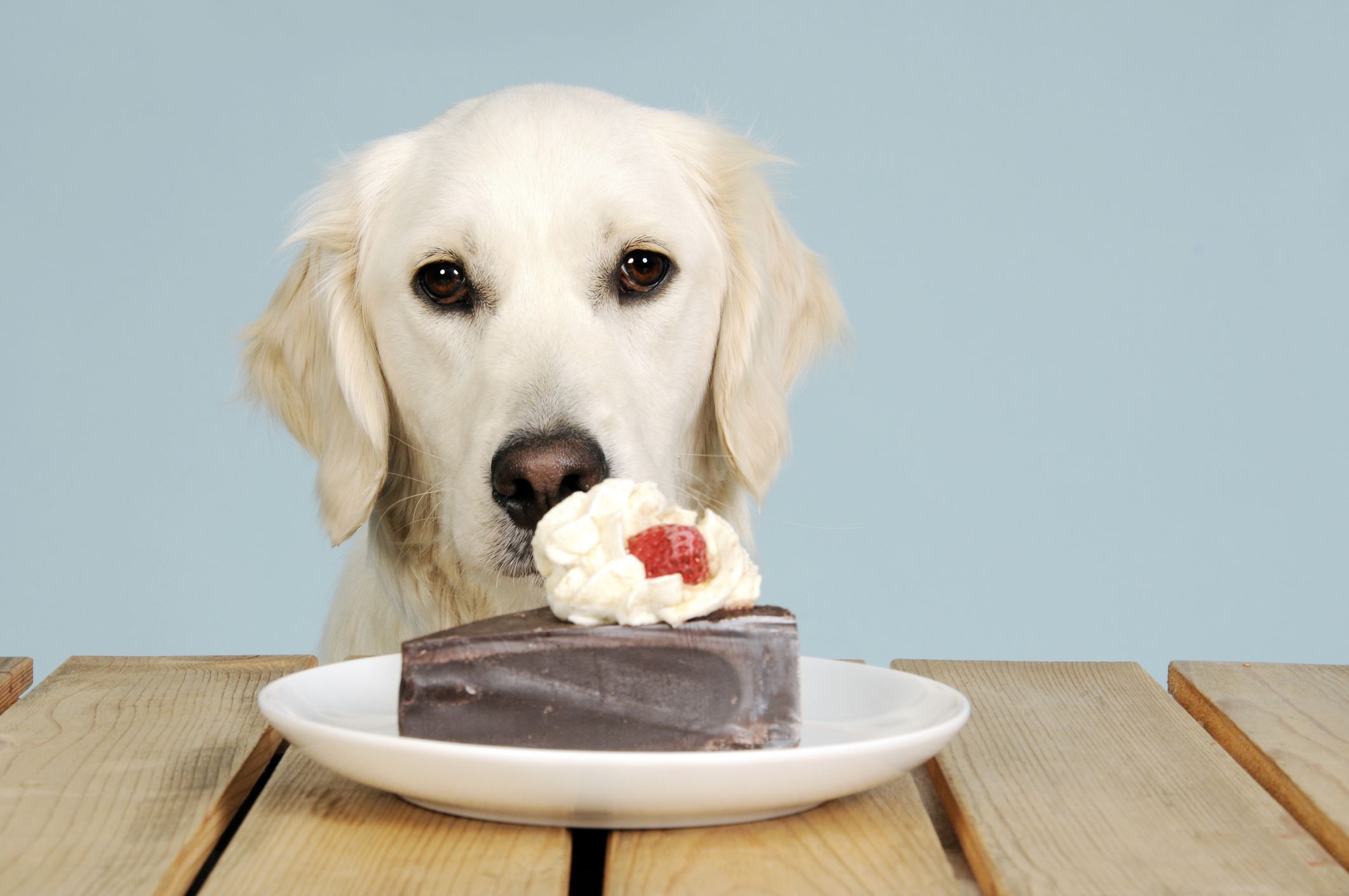 Help! My dog ate chocolate — now what do I do? 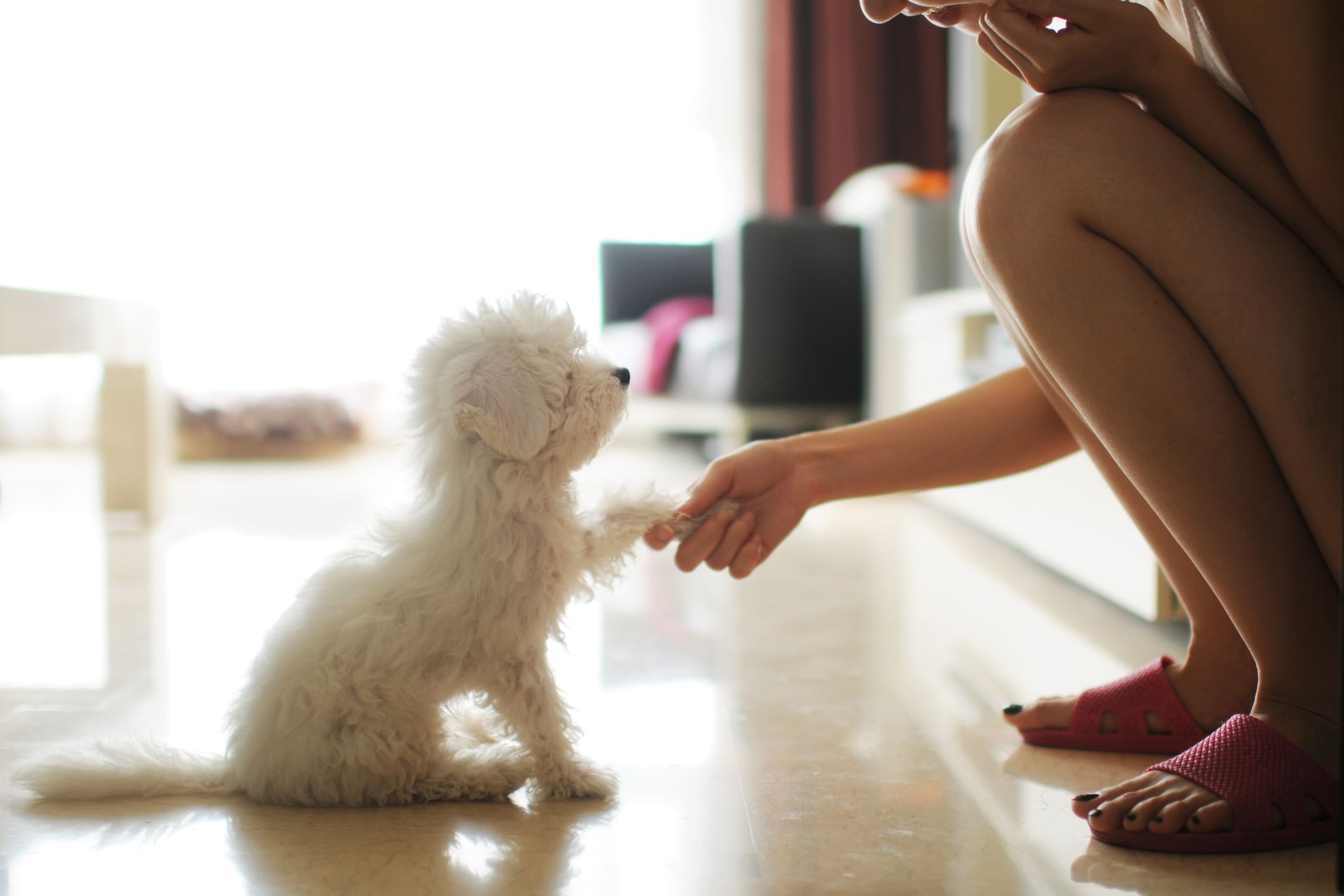 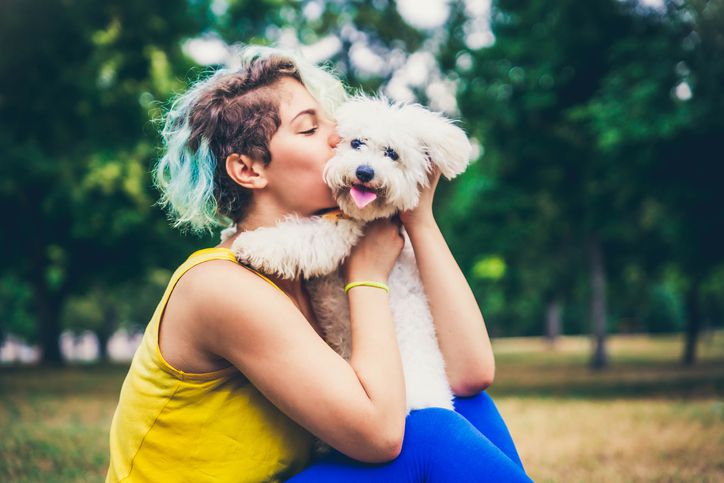 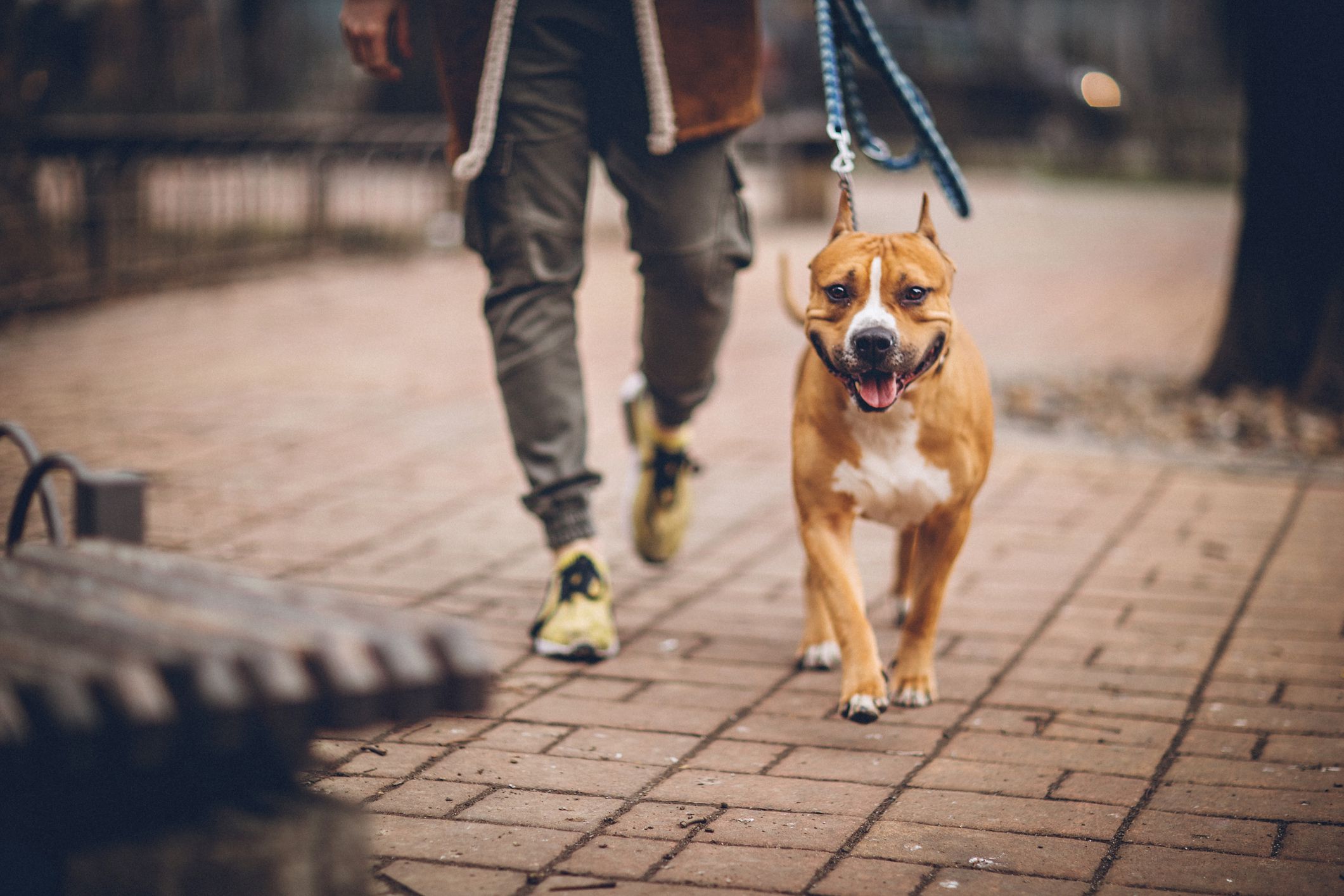 Pet sitter or boarding kennel: Which is right for your dog?