Here are some dog walkers in Garfield: 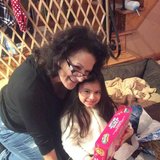 (1)
I have always had dogs in my life. As a child, I had a Shih Tzu/poodle mix who I loved with all my heart. When he passed away I was heartbroken... soon after, I begged my mom for another puppy. But she wouldn't agree to it, so I began visiting the neighborhood pets. I began helping two close neighbors take care of their dogs. Soon after, when they saw I was trustworthy, they allowed me to take them for walks... first short walks, up and down the block, but before long, I was taking them to the park. At first, I walked them seperatly, but after a while, I began taking them both to the park to play with each other. I did that for several years and enjoyed every moment. Later, when I was on my own, the first thing I did was get a puppy. I had a Shih Tzu puppy named Mia who I still have to this day. Two years later, I got Mia a brother to keep her company while I was at work. My neighbor was going on vacation and asked me to watch her dog. That was the day I became a pet sitter. 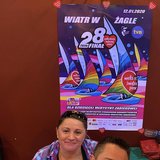 I have been caring for a couple of dogs over a long period of time. Usually I am walking dogs and feeding them while at work, when air clean houses. Often I take the dogs to my house for a week or longer if clients go on vacation. Please let me know if you need my services. Thank you so much 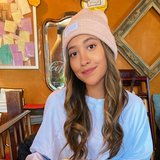 Hi I'm Carolina Hoyos! I am currently 20 years old and I attend Bergen Community College, I will be graduating by the end of 2019 which will lead me to continue my education at Ramapo College in Mahwah. Since I was a little girl I grew up being around dogs. I always had a passion for taking care of dogs and making sure they were comfortable and happy. I have two dogs of my own, a Siberian Husky and a Pomeranian, they are the light of my life, they are my best friends and the silliest duo you'll ever meet ! I love taking them for walks , doggy parks , rewarding them with treats and most importantly giving them the love they deserve. I believe our little furry friends aren't pets they are another member of our families. 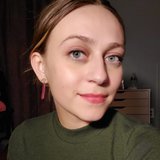 Avg response < 3 hrs
Personally I have had many pets thus far in my life. I currently have a dog and a cat myself. I have taken care of and walked pets of my family friends.
HR

I love dogs and look forward to meeting new ones! I have a Siberian Husky of my own and will treat your dog as if it were my own. I have experience with small and big breeds and enjoy playing with them and walking them. I look forward to getting to know your pet and making them happy! 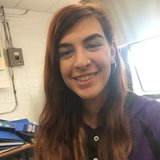 (1)
I provide dog sitting at my warmth house and also do dog walking if needed also. I have experience dog walking for my friends families. I love animals, animals has always been something I'm really good with. I believe all animal should be treated well with love and care. No matter big or small, I'm here to help! I can also bath n brush them too :) 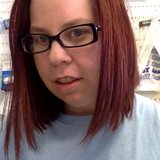 (1)
For 4 years, I babysat two children in one family. They were 1. 5 and 3. 5 when I started with them and 5 and 7 when they moved away. I change diapers, feed them snacks or dinner, give baths, clean as needed and any other responsibilities needed during my time at your home, even walking your dog! I'm CPR certified. Children are my passion and I truly enjoy watching them grow and learn. My brother had his first child and I periodically cared for her on my own through her infancy up until she is 3 years old. My availability will vary and I will be updating my calendar below weekly. Weekends aren't very open for me but contact me either way if you need a date night sitter. 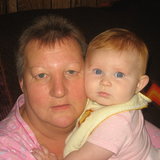 I have experience in taking care of pets for over 10 years. I have taken care of Pomeranians, Shelties, mixed breed Yorkies and German Shepherd dogs. I have walked them, made sure they had fresh food and water, and basically was just there for them. 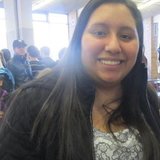 I am a college student and have been working with dogs for a little bit over a year now. I am currently a dog sitter for three wonderful dogs where my responsibilities are to play with them, walk them, give them snacks, and more. I don't mind walking dogs or staying in a yard with them. I love dogs and I understand the responsibilities of taking care of them. Please let me know if you have any questions for me. 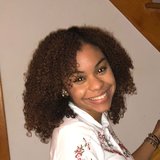 I am a nursing student who would love a part time job. I love taking care of pets being that I have one of my own. I am very adventurous when it comes to walks and give pets plenty of love. I am super out going and love making new furry friends!

How can I find dog walkers near me in Garfield, NJ?
Care.com has 5 dog walkers offering services in Garfield, NJ. You can search for a dog walker by filtering by distance from Garfield or your zip code. From there, compare your options by reading about the specific dog walking services they provide, their experience with dogs, and their hourly rate. You can also read reviews from other pet parents from Garfield to help you decide if the provider is a good fit.