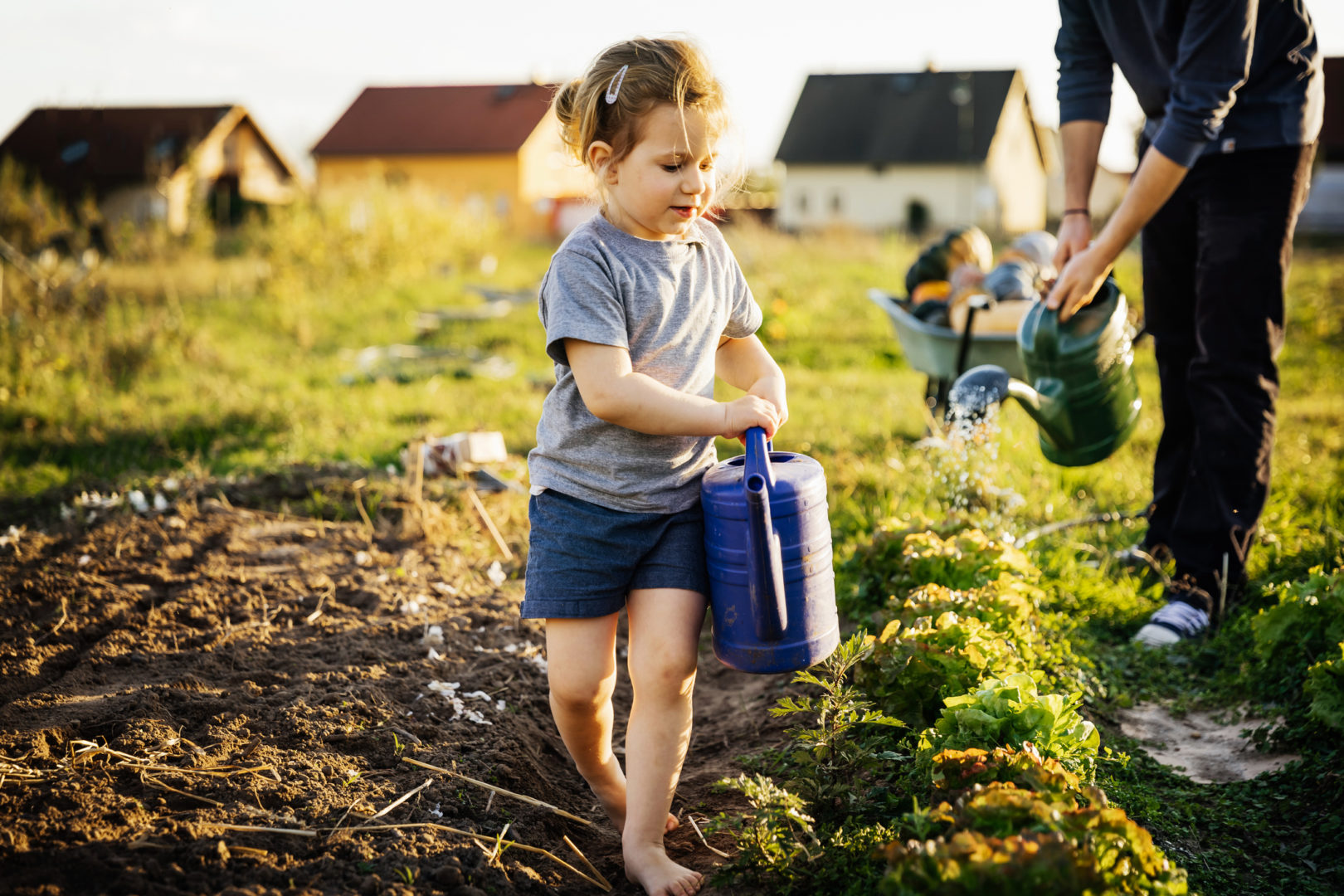 This month, a record 7.6 million people took to the streets to strike for climate action. As inspiring as it is to see people of all ages speaking out about the crisis, the magnitude of the problem can make it feel like one that couldn’t possibly be managed through everyday household activities you and your family can take on. But that’s far from true.

Choices we make every day related to our meals, transportation and the products we buy can have a powerful effect on the environment, says Stephanie Seferian, host of “The Sustainable Minimalists” podcast and founder of Mama Minimalist.

“It can be daunting, and you might think that small actions don’t matter, given the magnitude of the issue, but lifestyle tweaks add up,” Seferian says. “Combating climate change at home isn’t about perfection; it’s about repetition. And when hundreds of thousands of families choose to live an eco-friendly-lifestyle not just once in awhile but every single day? Those eco-friendly habits make a big collective difference.”

Here are five green living tips Seferian and other experts suggest parents follow to model eco-friendly habits for their kids and do their part when it comes to saving the planet.

From cold cuts in school lunches to a grill filled with hot dogs and burgers, we as Americans consume a lot of animal protein. But according to the Environmental Working Group (EWG), the production, processing and distribution of meat requires huge outlays of pesticides, fertilizer, fuel, feed and water while releasing greenhouse gases, manure and a range of toxic chemicals into our air and water. A lifecycle assessment conducted by EWG that took into account the production and distribution of 20 common agricultural products found that red meat such as beef and lamb is responsible for 10 to 40 times as many greenhouse gas emissions as common vegetables and grains.

That said, experts are quick to recommend that families do what they can to go even a bit more meatless. Going vegetarian or vegan, which is associated with an immediate 30% to 50% reduction in a person’s carbon footprint, isn’t for everyone, but serving a meatless dinner even once or twice a week would make a huge difference, says Ford Seeman, president and CEO of Forest Founders.

“It would amount to about a 5 to 15% reduction in a family’s overall carbon footprint,” Seeman says. “We need to have smaller portions of carbon-intensive foods while also trying to source our food locally.”

On that note, Seeman recommends trying to support your local farms through community-supported agriculture (CSA) programs and shopping at local farmers markets whenever possible and growing your own herbs on a window sill at home.

“Foods at the farmers market have a much smaller carbon footprint because the produce isn’t being shipped in from another country or state,” he says. “And growing herbs can be a satisfying first step to experimenting with a lower carbon footprint diet.”

It’s far too easy to overdo it at the grocery store or farmer’s market and end up tossing spoiled food on a weekly basis. But food waste accounts for 40% of all trash in North America, and not only do leftovers take up significant space in landfills, but they also lead to an enormous amount of methane gas that escapes into the atmosphere as it decomposes, says Matt Daigle, CEO and founder of Rise, the leading online authority in sustainable home improvement.

The solution: “A simple compost can take less than five minutes a week, and instead of methane and CO2, your kitchen scraps will result in beautiful rich compost for you to use either in your own garden, or you can donate to your local community garden,” Daigle says. “Nearly all organic waste from coffee grounds, spoiled milk and eggshells to grass clippings, cotton balls and junk mail can be composted in your own home.”

All you need to do is designate an indoor bin, like a recycled coffee container, for organic materials, and as you go about your daily routines, add organic waste to the bin, Daigle says.

“Once a week — can make it the same day as garbage day for simplicity — grab your compost bin and dump it all on the top of a compost heap,” he says. “Add a layer of brown on top and some water, and you’re done! Composting is one of the easiest and most effective ways to reduce your footprint and live a more sustainable life.”

3. Cut back on single-serving plastic

Whether you’re packing a lunch to bring to work or your child’s lunch for school, you might rely on food items that are individually wrapped like cheese sticks, snack packs and boxed raisins, says Seferian.

“It’s very easy to buy raisins in a big box — or even better, from a bulk bin — and separate at home into those individual portions,” she says. “Same with cheese. Buy in a block and cut it up yourself, [add] pretzels and make your own snack packs. I recommend doing all this work at once at the start of the week so lunch prep is easy on weeknights. Families often report significant savings at the supermarket when choosing to stop buying individually wrapped items, as they are often significantly marked up.”

“If you do need to bring home takeout for dinner, ask for no utensils and opt for places that use compostable or recyclable containers,” he says.

Why is this such an important move?

She says it can be difficult to eliminate single-use all at once, so she advises tackling one product at a time.

“A good starting point is replacing paper towels with rags made from old or stained clothing,” Seferian says. “While paper towels are a single-use paper product, they’re always packaged in plastic. Napkins, too. Use cloth instead. It’s fancier and much more durable! They’re much cheaper in the long-run, too!”

4. Be thoughtful about how you’re getting from point A to point B

“America’s transportation network is built for cars, so this can be a difficult one, especially if you live in a rural or suburban area,” says Casey Meehan, Ph.D., the sustainability manager for Western Technical College in La Crosse, Wisconsin.

But opting to walk, especially when your destination is less than a mile away, can pay off: According to research cited by the U.S. Environmental Protection Agency, car trips of under a mile add up to about 10 billion miles per year. If we walked or rode a bike instead of hopping in the car — assuming an average fuel economy of 22 mpg and an average fuel price of $2.50 per gallon — we would save about $575 million in fuel costs and about 2 million metric tons of CO2 emissions per year. That’s the equivalent of taking about 400,000 cars off the road each year.

Meehan recommends using public transit (think trains and city buses over cars and planes when possible) and looking for opportunities within your local governments to encourage safe transit for all modes: pedestrians, bikers and, yes, even cars (an effort referred to as the Complete Streets movement).

Merely talking about your concerns around climate change and what you’re doing about it can make a big difference, Meehan says.

“Polling indicates that the majority of Americans are concerned about climate change, yet it also indicates that we rarely hear about it from our friends and family,” he says. “So, essentially, we don’t think anyone else is concerned. If we all talk about it and the solutions we hear about or do, it normalizes that conversation and makes it much more likely more will act and politicians and business leaders will do something.”

He encourages parents to talk to their kids’ schools to see what green living routines they’ve implemented or might be willing to take on.

“Talk about what you’ve seen change in the weather in your area since you were a kid,” he says. ”Talk about what matters to you, your health and that of your family.”

These dialogues can begin at home, as you’ll do well to instill an appreciation of nature in your kids, says Seeman.

“We need to incorporate nature into our schedules,” he says. “Plan a hiking trip, organize a camping trip or visit our national parks for a day trip. Every kid could use more nature. With parents actively leading the charge, it will help ensure that your children have a healthy respect for our planet and nature. That’s where it all starts.” 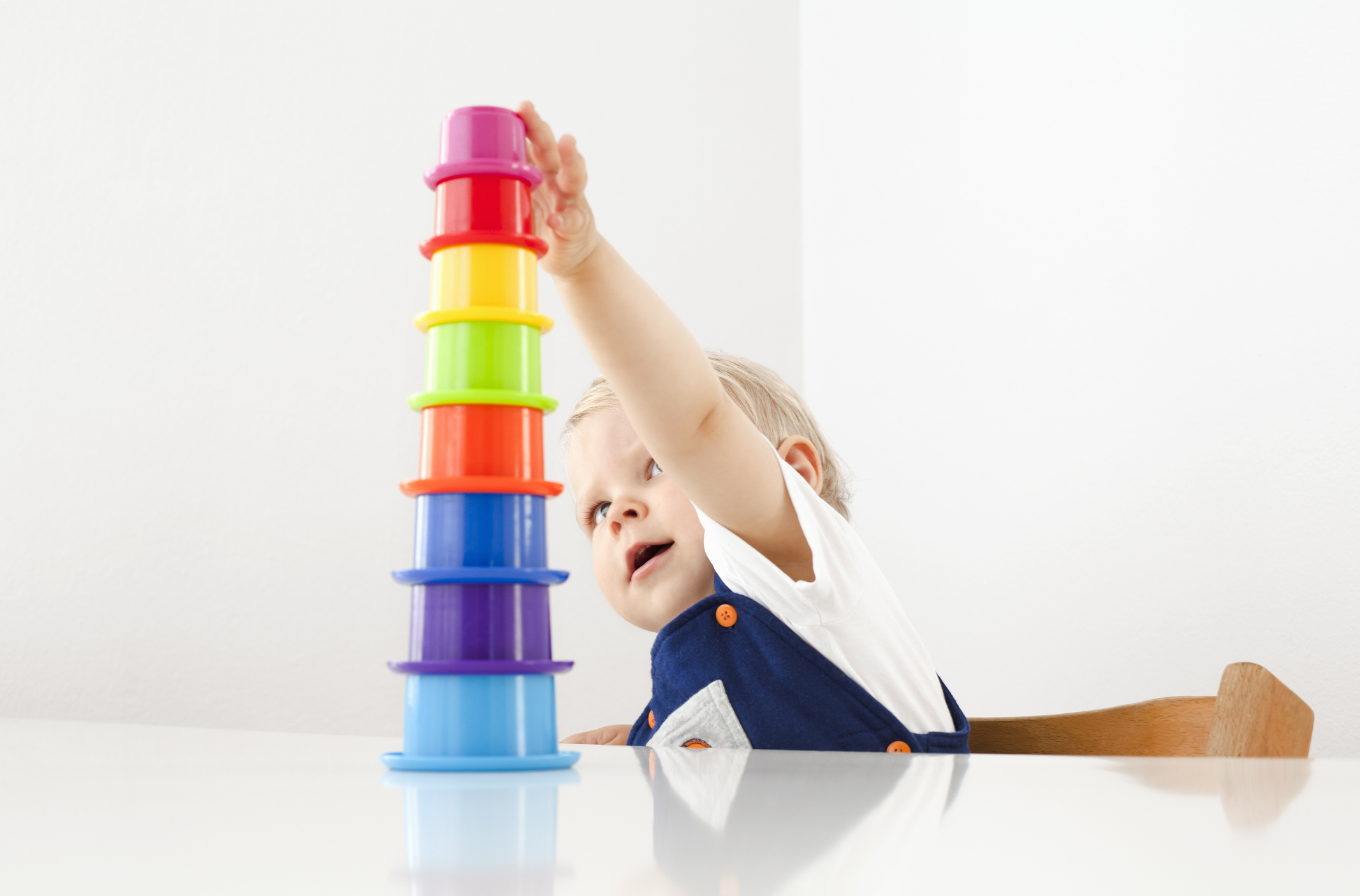 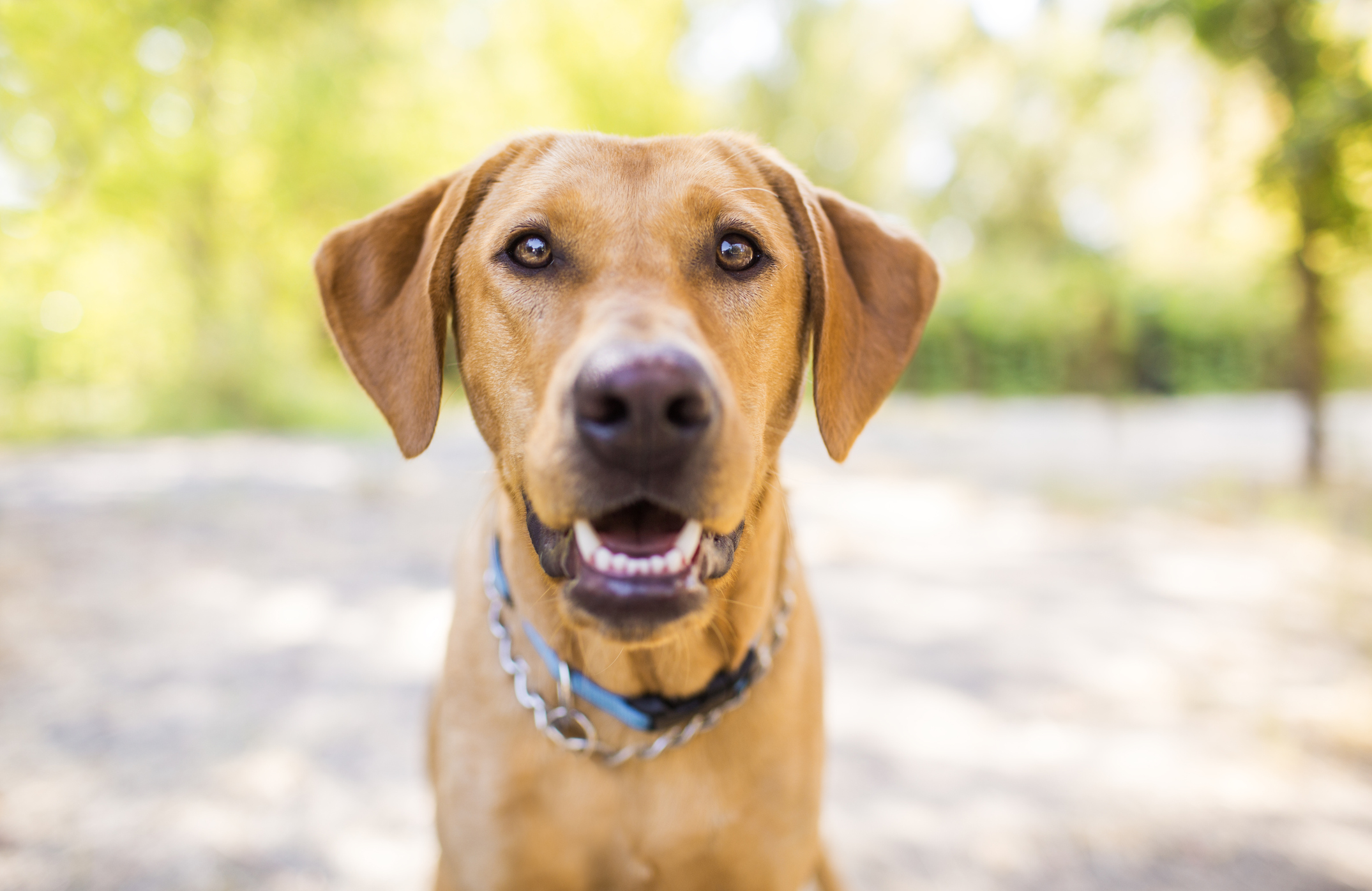 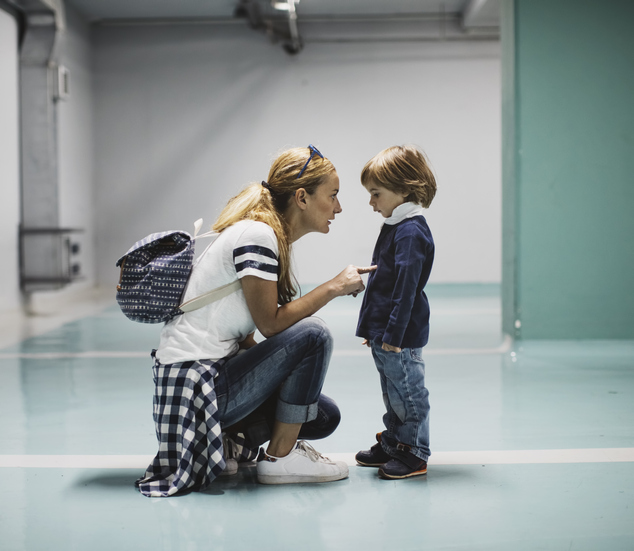 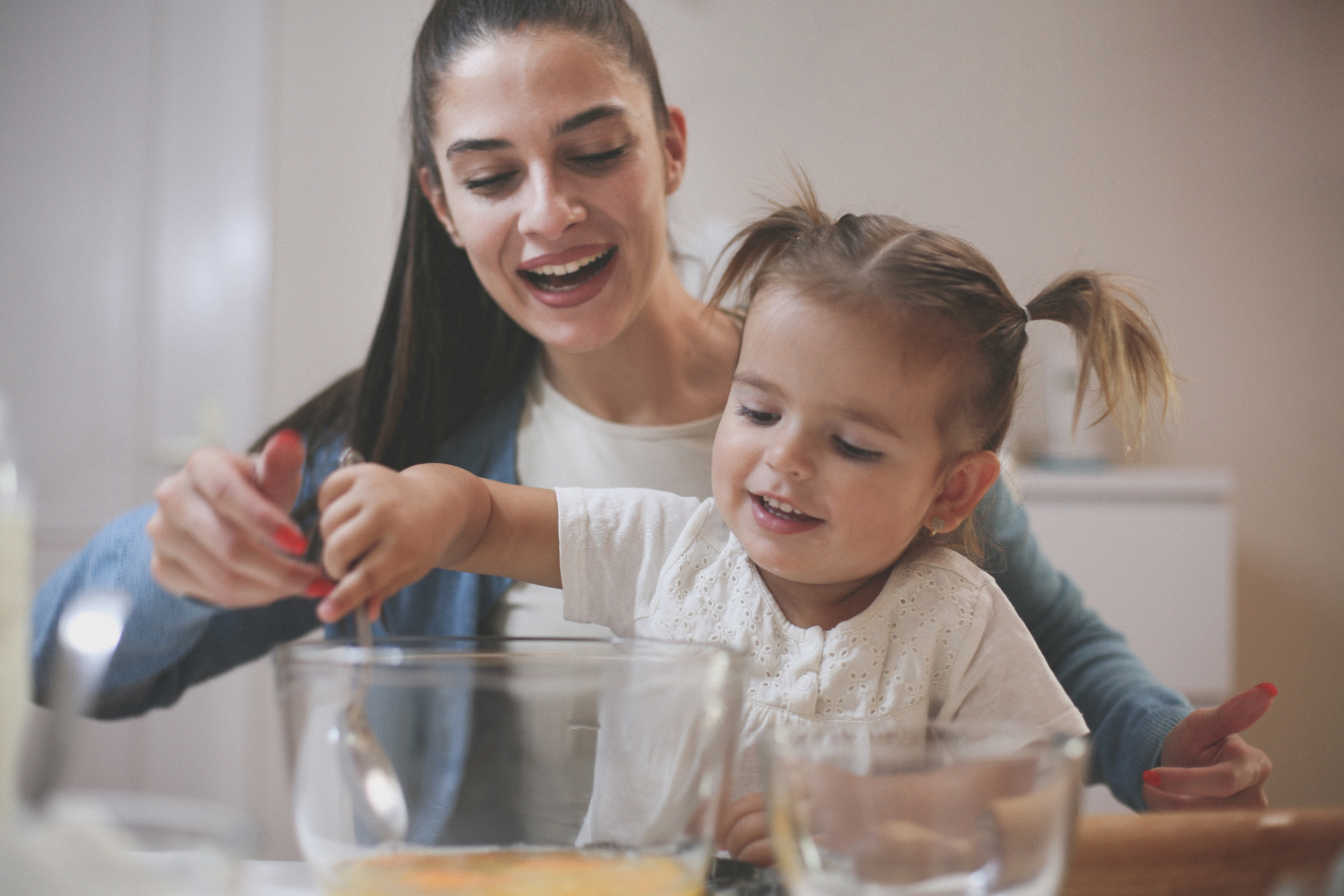 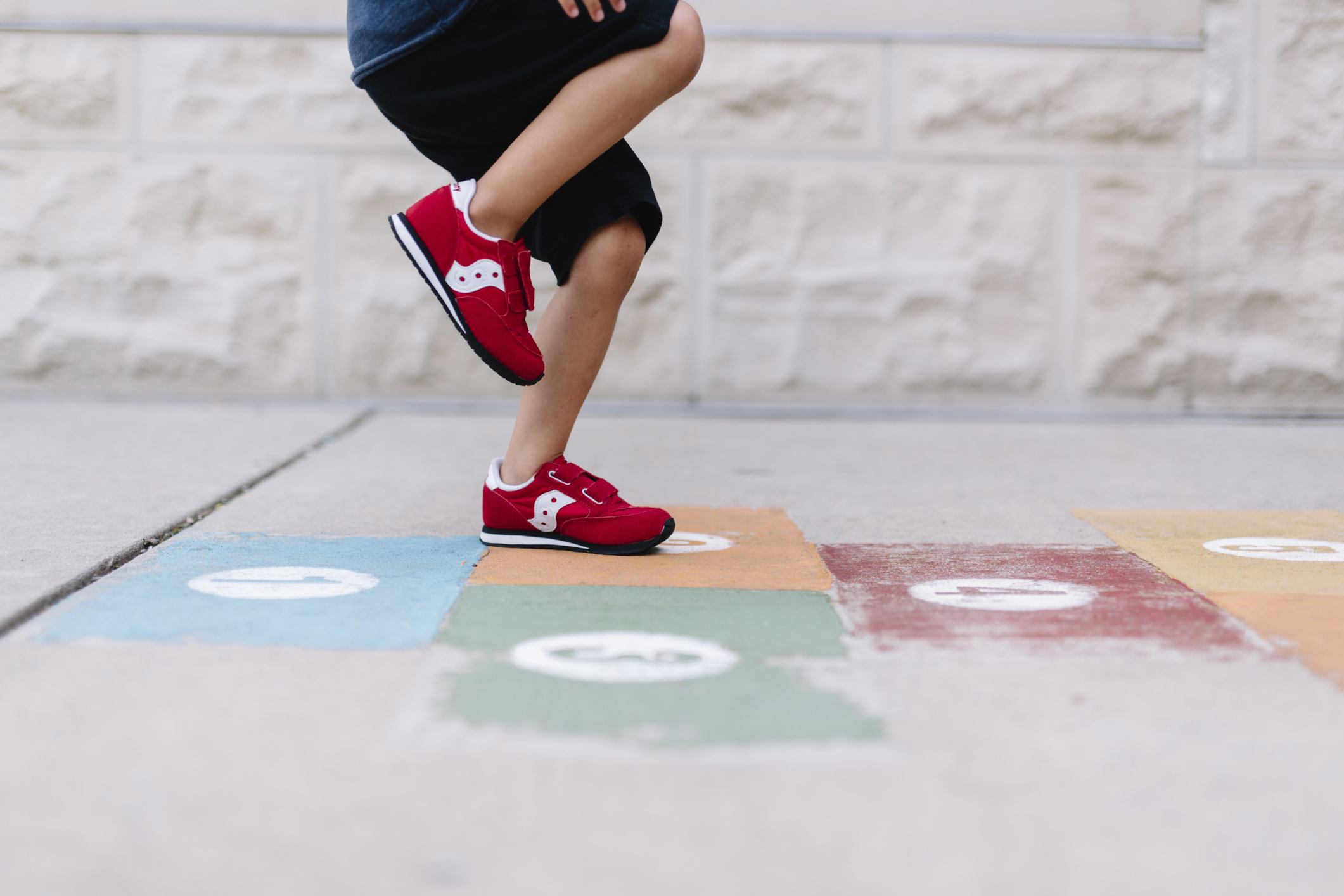