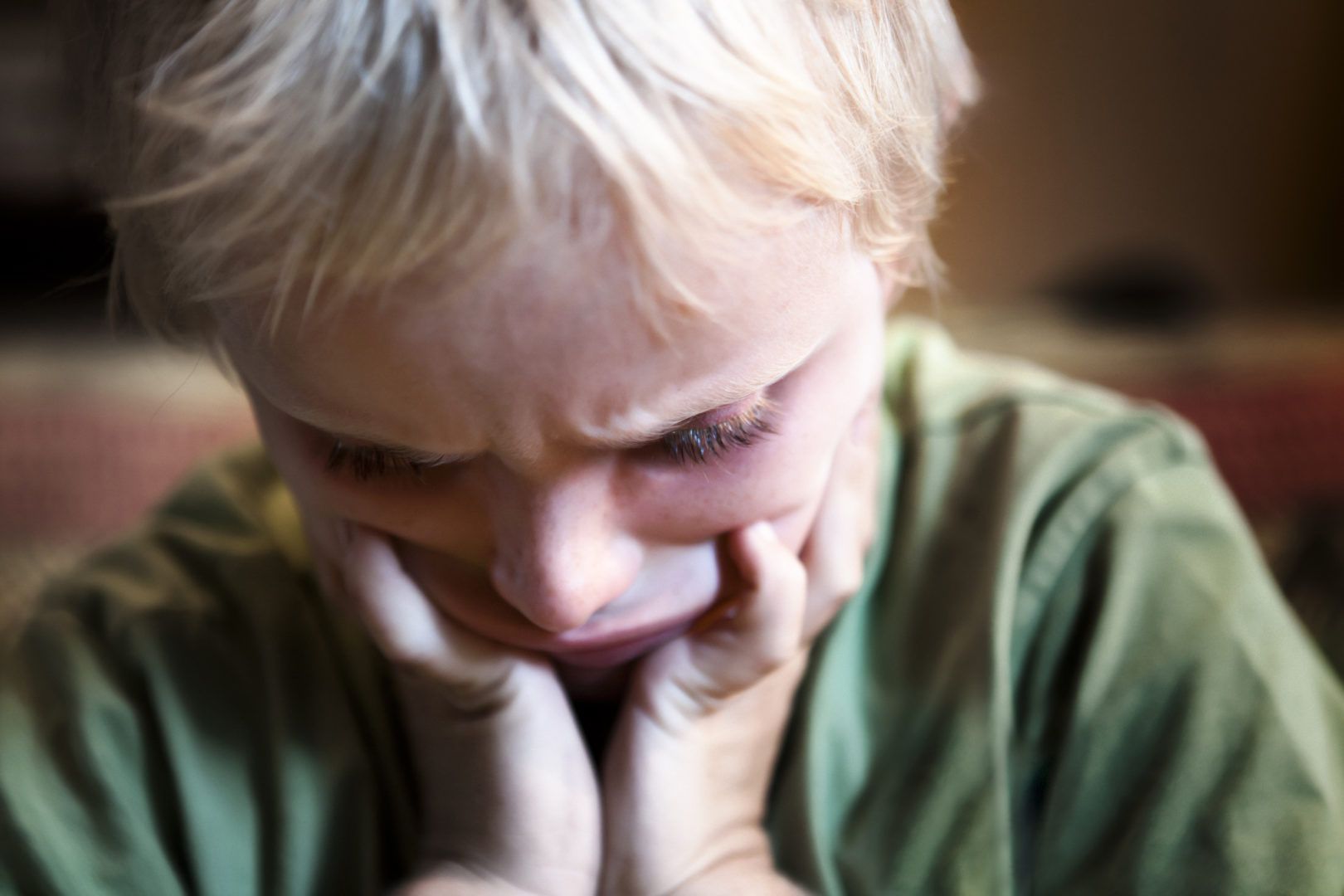 If you’re a parent of a child with autism, it’s possible you’re wondering how to deal with a range of behavior challenges. These could look like your child screaming if he can’t wear his favorite shoes or fearing the toilet, the supermarket or the dentist. These challenging behaviors are your child’s way of expressing how he feels and what he needs.

Donna Murray, Ph.D., and Dr. Daniel Coury, together with a collective of other specialists at the Autism Speaks’ Autism Treatment Network (ATN), suggest that parents “start by thinking about challenging behaviors from the child’s perspective.” Ask yourself questions like, “Is he in a state of pain or panic? Is she trying to avoid doing something or trying to say something?”

The ATN specialists agree that getting to the root of the behavior — potentially with “help from a behavior analyst on your child’s health care team” — will help reduce it.

Experts like Murray, Coury and the specialists at ATN, as well as parents of children who have autism, recommend parents tackle the following six most common challenging autism behaviors.

“More than half of children with autism have moderate to severe sleep disturbances,” according to the ATN specialists. “This includes resisting sleep, taking a long time to fall asleep, waking up several times a night and waking very early in the morning.”

Katie Crosby, OTR/L, a pediatric occupational therapist in Chicago, explains that given their differences in perception capacity — meaning they’re able to process more information at once than their peers — children with autism may have challenges with reacting to various sensory stimuli throughout the day, impacting the ability to regulate sleep/wake cycles and gain a restful night’s sleep.

Some research has pointed to mutations in genes that govern the sleep-wake cycle, while others suggest that people on the spectrum carry mutations that affect levels of melatonin, a hormone that controls sleep.

What parents can do: Murray, Coury and their colleagues at ATN advise parents establish healthy sleep habits:

As the ATN team explains, a neurodiverse child may exhibit tantrums, meltdowns or emotional outbursts that might involve crying, screaming, yelling and stubborn or defiant behavior. They occur “out of frustration, to get a desired object or in reaction to certain sensory stimulation, like loud noises or lights,” the team says. For instance, your child might lose control and may have difficulty calming down.

Crosby suggests that parents and caregivers read a neurotypical child’s cues and signals and respond in a way that acknowledges how the child is feeling and teaches them how to regulate emotion. For instance, if a family is about to leave home on a rushed morning and the child is running away, we can assume the child isn’t thrilled with the idea of going to school. But children who have autism might have more subtle cues, which can create a disconnect with a caregiver.

“This leads to frustration with misattunement and reactivity, impulsivity and difficulty working through emotions,” Crosby says.

What parents can do: Working on communication skills is integral to preempting or minimizing situations that could lead to a meltdown, the ATN team says. Two ways you can do that with your child are:

Parent pro-tip: Lenore Koppelman, a New York mom of a 9-year-old boy named Ralph who has autism, says she has found that the best way to help her son through a meltdown “is to encourage him to embrace his feelings.”

“If we tell him to ‘calm down’ or to ‘stop being upset,’ that only makes things worse,” Koppelman says. “It belittles how upset he feels. Ralph is fully entitled to his feelings, and while his meltdowns might make others uncomfortable, we decided to care more about what he feels and what he needs than the comfort of total strangers all around him.”

Koppelman has found that by encouraging her son to “roar out his frustration and pain like a little lion cub in a vocal way,” he’s able to work through it more quickly than if his feelings had been repressed. Once he has “let it all out, he begins to feel calmer,” she says.

Kids who have autism will find unique, individual ways to attempt to regulate their highly active nervous system, Crosby says.

“This may look like body movement, hand movement, averting eye gaze,” she says.

The ATN specialists describe this challenge as hyperactivity and impulsivity, which a child who has autism may exhibit whether or not he also has attention deficit hyperactivity disorder (ADHD), as the symptoms overlap.

What parents can do:

Just like a neurotypical child, a child with autism will experience anxiety during times of change. Koppelman has experienced this with her son.

“Ralph seems to feel most comfortable when he knows what is going to happen before it happens,” she says. “He doesn’t like surprises.”

He might be looking forward to going to his favorite restaurant but find out that it’s closed, or believe a friend is coming over to play but then learn they can’t make it, she says.

“These sorts of situations can lead to an autistic meltdown, which is completely normal and common and not a sign of being spoiled or bratty or of weakness,” Koppelman says.

The ATN team confirms that for a neurodiverse child, change and the resulting anxiety, like Koppelman describes, can lead to a number of issues like a tantrum, sleep problem or physical pain (like a headache).

What parents can do: Routine and structure in your days and activities are helpful for reducing your child’s anxiety in the short-term and their general anxiety over time, according to Murray, Coury and their colleagues at ATN.

Parent pro-tip: Koppelman leans on visuals that she calls “social stories” to prepare Ralph for any given situation, and she says it’s her most powerful tool for helping her son cope in these situations.

“Some social stories are drawn like a comic strip,” she says. “Others are in a video format. For example, if either my husband or I will be away for a business trip, we will create a little booklet with photos in it explaining that this is about to happen. You can create a story like this about literally anything — going to the dentist, going on a trip, going to a birthday party, going to a new supermarket you haven’t taken them to before.”

Referred to as “stimming” — or self-stimulating — self-soothing, repetitive behaviors are often the easiest features of autism to spot, says the ATN team. They might include movements like hand-flapping, rocking or making repetitive sounds.

The Diagnostic and Statistical Manual of Mental Disorders (DSM-5) includes stimming as part of the diagnostic criteria for autism spectrum disorder, and it may interfere with everyday activities and prevent learning, according to the Child Mind Institute.

What parents can do: “Allow times and places for [your child] to do what he wants,” the ATN team says. “Even if it is a ‘stim,’ it is important to provide these options when it is not an intrusion or annoyance to others.”

Parent pro-tip: Koppelman says she encourages her son to stim.

“It is his coping mechanism to monitor his sensory input and output and to help him feel better in the world around him,” she says. “Sitting still makes it more difficult for them to process information and to learn to their fullest capacity.”

It’s for this reason that she encourages parents to let children spin in circles when they need to, rock back and forth, walk around a space like a classroom or use soothing sensory toys to touch and gaze into.

The ATN specialists note that “eating and feeding issues affect more than a third of all children with autism.”

The reason: “They may be unwilling or unable to tolerate certain food textures, appearance, tastes or smells, or they may have a motor challenge that limits what they can eat,” the team says. “Medical issues like constipation or stomach pain or inability to say what they don’t like can lead to feeding issues or make them worse.”

What parents can do:

No matter what challenging behavior you’re working to reduce, you’ll do well to keep it from becoming the default way your child communicates, say the ATN specialists.

“This is hard to do, but in the long-run, it is effective,” they say. “Do not allow his screams to get him out of brushing his teeth or his biting to get him the lollipop that he wants. Behaviors may get worse before they get better. Stay the course, and make sure all family and team members are consistent in this approach and that you pair this with other positive strategies.”

For more information on addressing challenging behaviors, check out the Autism Speaks Challenging Behaviors Tool Kit, which will provide you with strategies and resources and help support you during difficult situations. 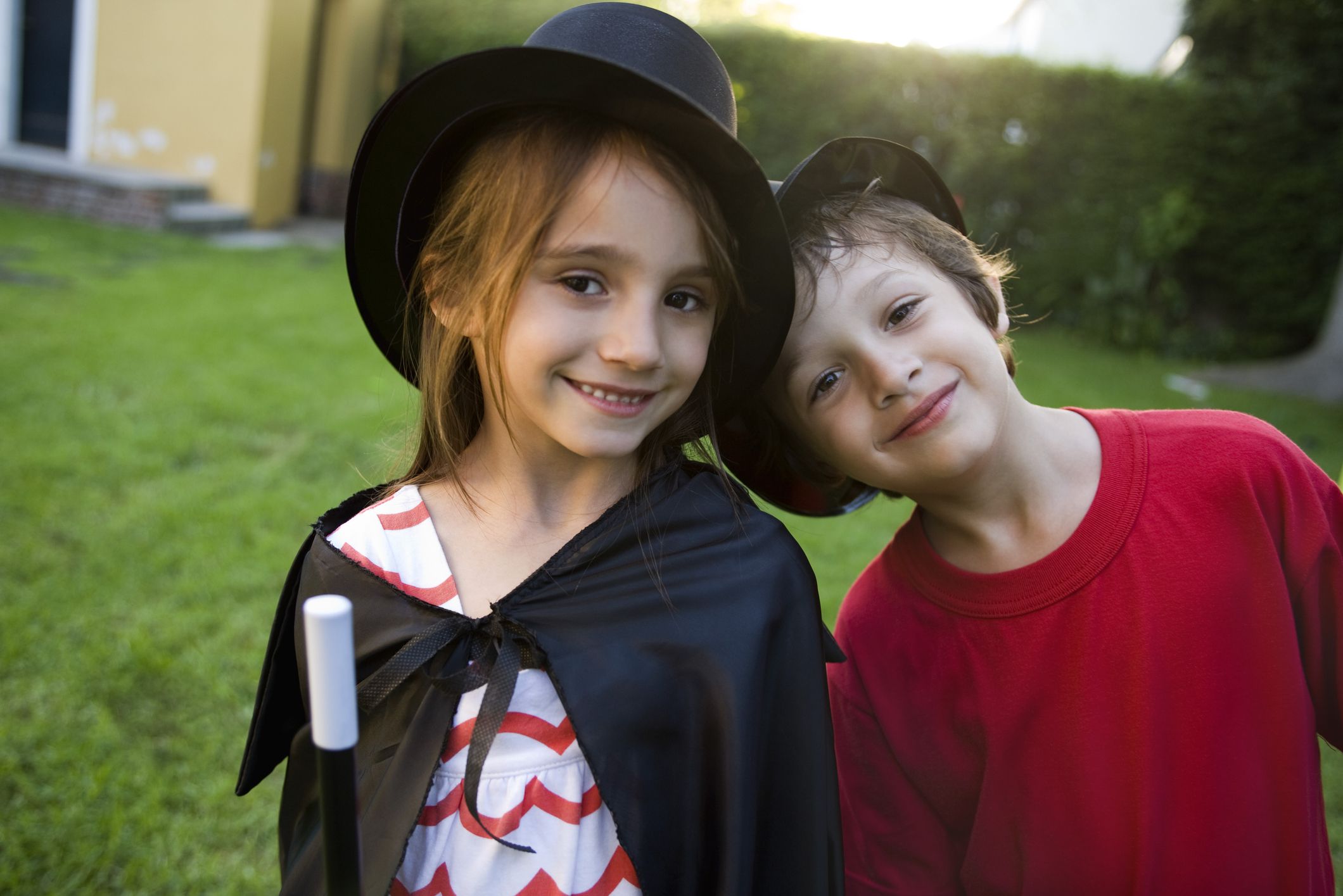 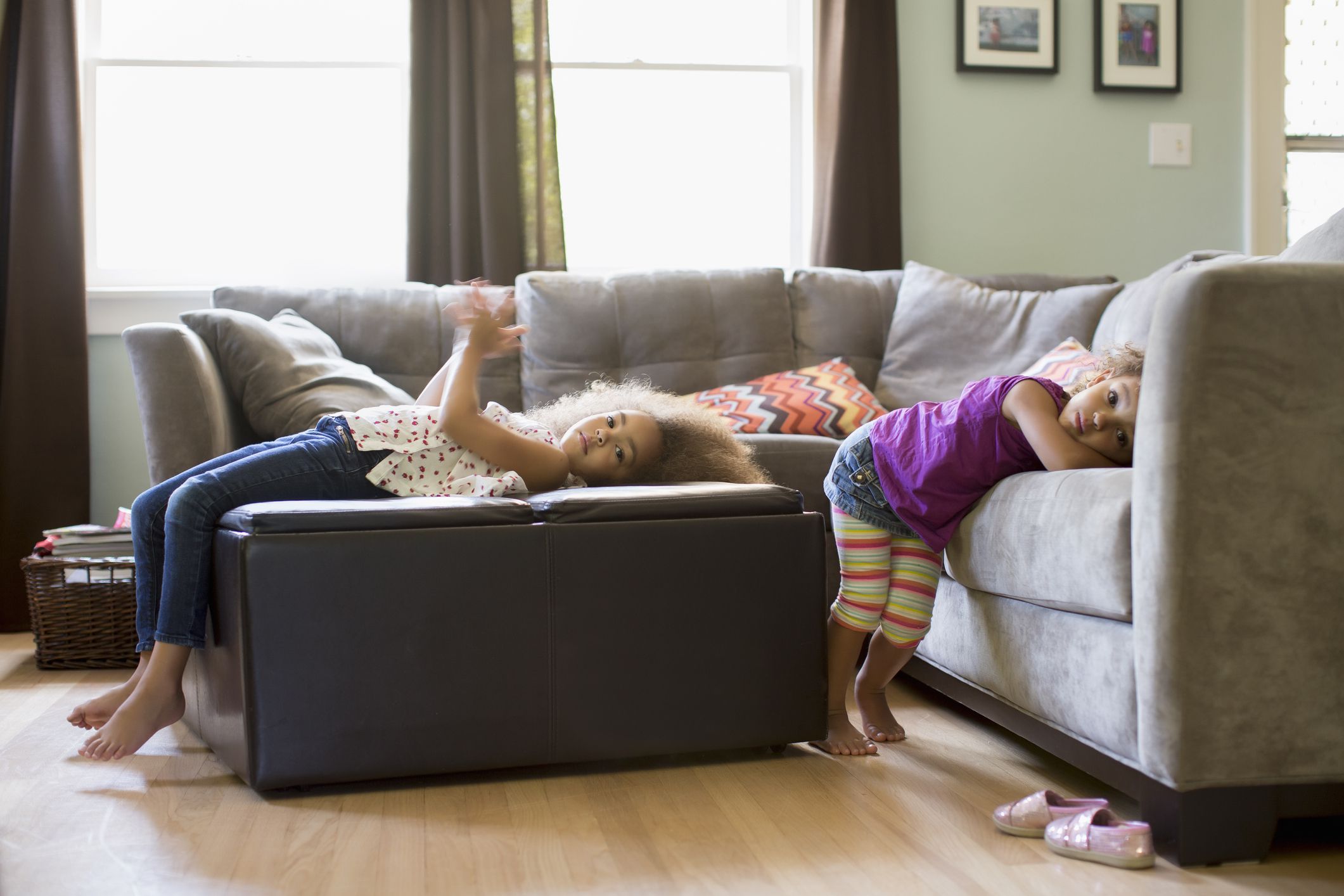 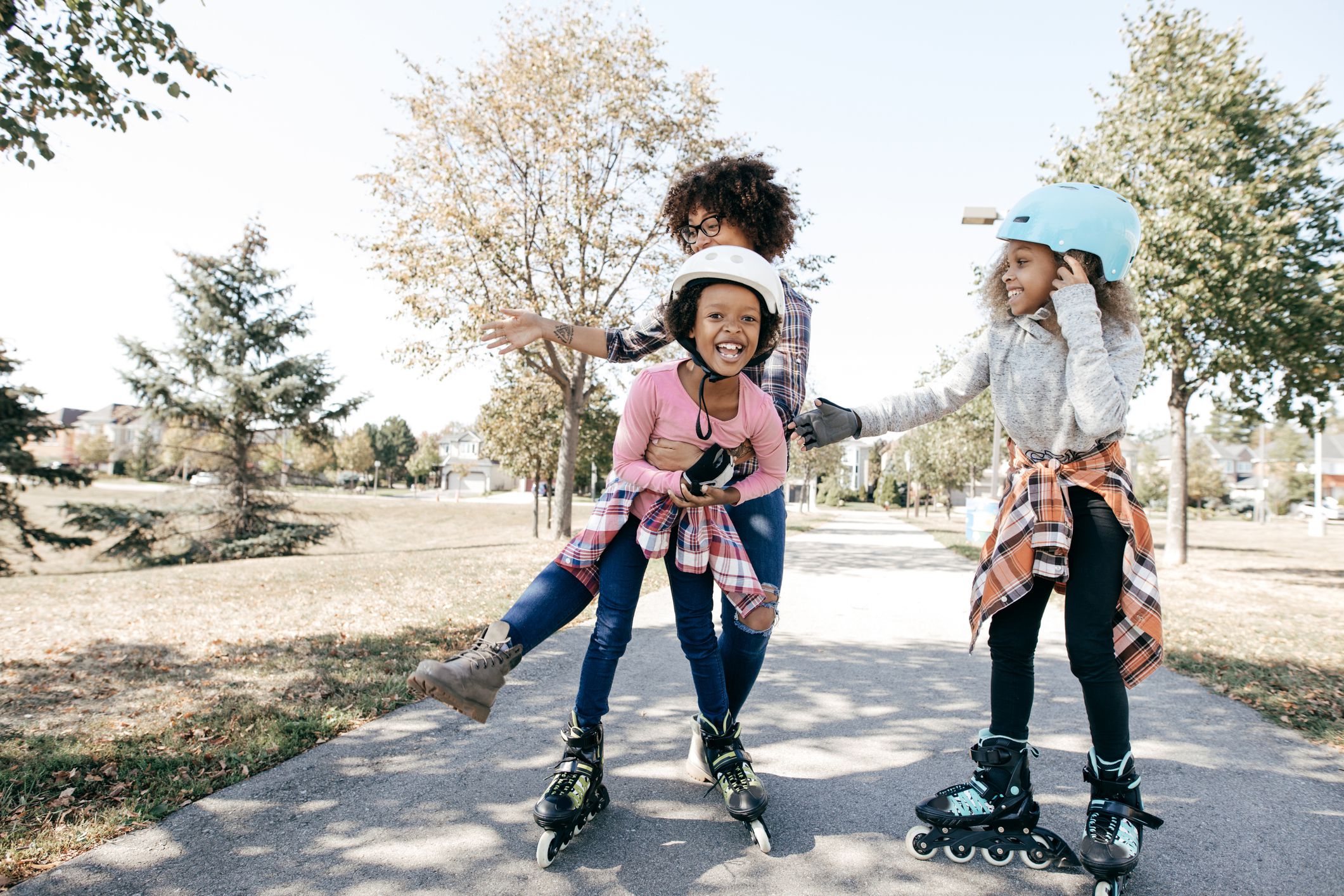 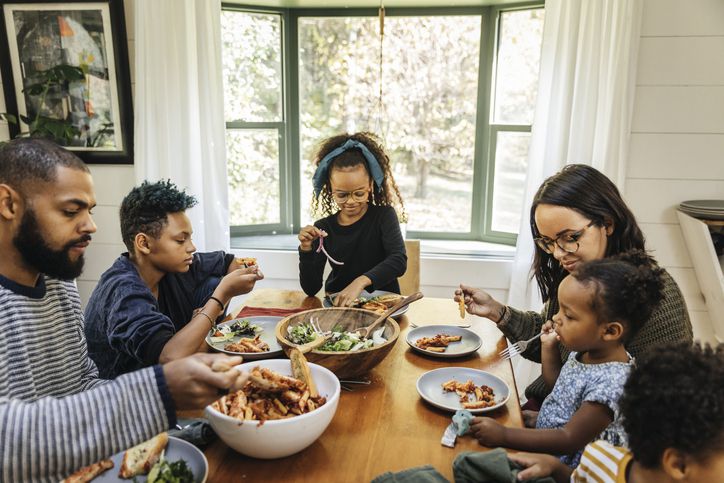