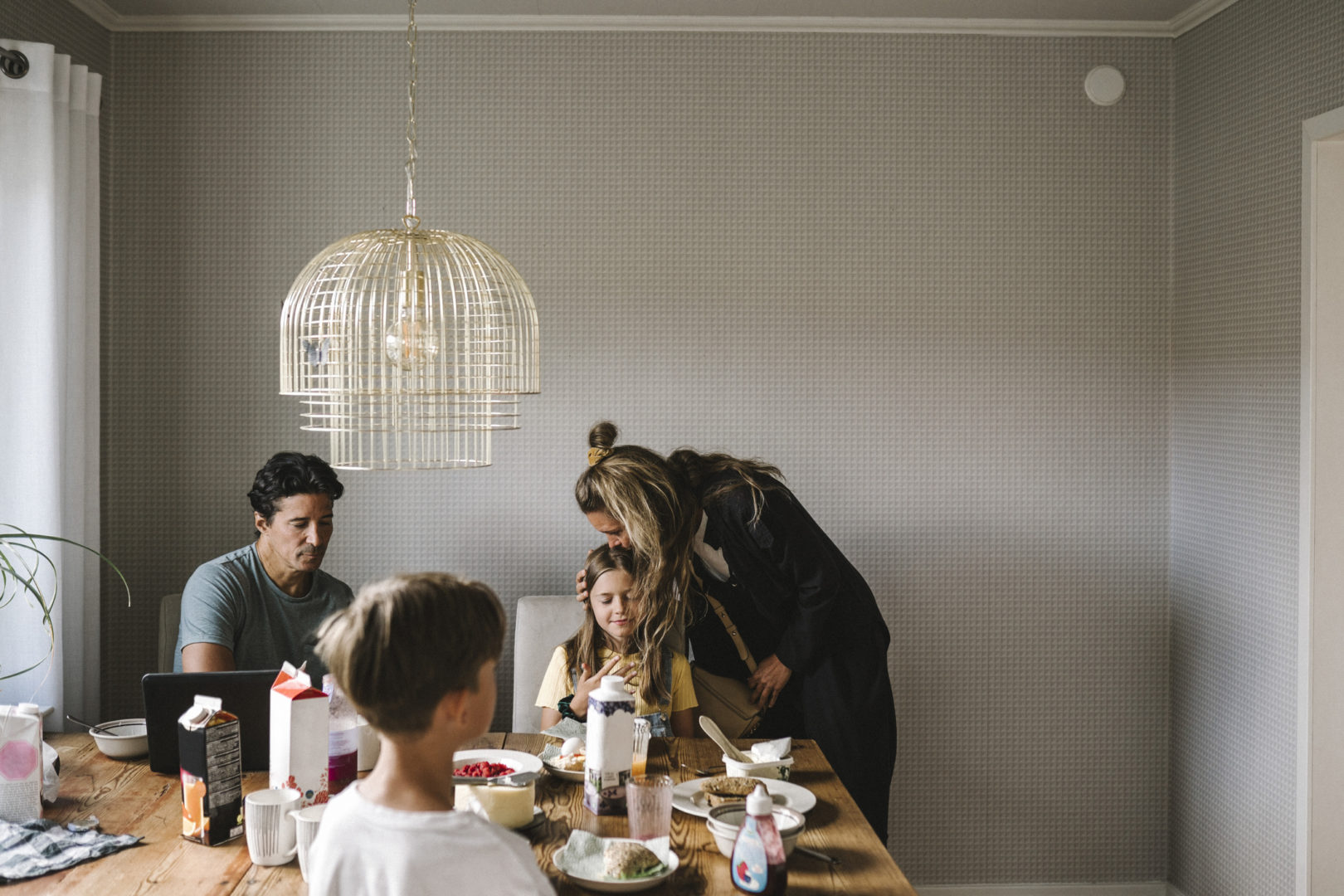 It’s probably the most painful conversation you will ever have as a parent: breaking the news to your kid(s) that you and your partner are separating. So how do you explain divorce to your child? What’s the most loving and supportive way to have that conversation?

“The one thing that’s really important for parents to know is that you have your own lens on the divorce, and it’s different from that of your kids” says Gretchen Campbell, licensed clinical mental health clinician, founder of the Grow, Encourage, Empower practice and host of the podcast “I’m the Mom of a Teen, Help!” You may see your partner in a different light, but your child does not. “Your kids are still seeing you as, ‘my mom, my dad,’” she says, so you need to protect those relationships.

Reassuring your child is key when telling your child you are divorcing, says licensed psychologist Ann Gold Buscho, author of “The Parent’s Guide to Birdnesting: A Child-Centered Solution to Co-Parenting During Separation and Divorce.” While you have some hard truths to share with your kid, you need to deliver messages of love and security as well.

When to tell your child you’re getting a divorce

Should you tell your child earlier in the process or wait until you have a plan pinned down? Ideally, a good time would be once all the major decisions have been made (like who will be moving out, temporary visitation arrangements, etc.), says Campbell. That said, she adds, “I definitely think this will vary by family, as we know some situations are more volatile than others.”

As for picking a day and time, it’s very likely that your child will have an emotional reaction to your news. They may cry, storm out of the room, ask a lot of questions. That’s why it helps to plan your conversation for a day when you don’t have anything else going on, so you can spend plenty of time holding space for your child’s reactions. Don’t have this talk on a holiday or right before bedtime, a game, a performance or any other big event.

Buscho recommends following the conversation with some sort of activity altogether. Go for a walk or a bike ride or an outing to the park. “Demonstrate to the kids that their parents can still cooperate and work together,” says Buscho, “and that they will still have one family, just under two roofs now.”

What is the best way to tell a child about divorce?

The best way to tell your kid about your divorce is … together. Plan ahead of time what you’re going to say. Then, make the announcement together, both of you with your child or children.

“The one thing all parents agree on is that they love their kids, and they want what’s best for them,” Buscho says. That shared intention is usually enough to help the divorcing couple plan out how they’re going to give their child the news.

Here are some priorities from Buscho and Campbell to help you plan your conversation:

Is there a script for telling kids about divorce? No. Your message should be tailored for your child. But you can start by acknowledging any tension or arguing between you (if that’s the case) and then saying something like, “We aren’t happy living together and so we’ve decided to divorce.”

Campbell agrees that delivering the message together is much better for your child than giving them separate messages from each of you. “Being able to tell them together is important so that the kids can feel a sense of security, like parents are still communicating.”

What if things are so toxic you can’t talk together?

The advice Buscho gives to parents is to imagine how they’d want their kid to tell the story of their parents’ divorce years later, as adults. “That story begins today, and everything you do will build that story.” So it’s worth overcoming hurt and anger, if only for a few hours. Refusing to come together for this important conversation is doing your child a great disservice, Buscho says. Campbell adds that when parents give the news separately, they’re likely to deliver different messages, and that can be confusing and stressful for kids.

That said, for some couples, it’s just not possible. Still try to agree on the same narrative, Buscho advises, and use non-blaming language to deliver a reassuring message even if you do end up delivering the news separately.

How to best set your child’s expectations

You may not have figured everything out yet, but that’s OK. Start by telling your child what you do know, and then promise to tell them when you figure out the rest. Most kids want to know how the divorce is going to affect them, Buscho says. So she coaches parents to tell their kids what’s going to change and what’s going to stay the same.

“Maybe mom and dad are not going to be living together,” says Buscho, “or maybe they won’t be in the home at the same time, if they’re birdnesting,” (birdnesting is when the child or children stay in the family home, and each parent takes turns living there certain days of the week).

Kids want to know how your divorce will change day-to-day life. Details you may want to share include:

Don’t make promises about the future, Campbell cautions. Around the time that parents give a child the news, you don’t always have all the details ironed out. You can tell your child what to expect for now, but if you’re not sure if you’re going to stay in the same home or the same school indefinitely, don’t lead them to expect that. “Kids will look to promises for a sense of security,” Campbell says.

What kids should not know about divorce

In Buscho’s opinion, a child does not need to know why you are getting divorced. Children do not understand adult relationships, she explains, and the reasons parents divorce tend to be… complicated. Buscho cautions that there’s a lot of room for misinterpretation and misunderstanding, as kids tend to be black-and-white thinkers and don’t have firsthand experience to put divorce in context. Giving your child the “why” can also pressure them to take sides.

Of course, your child may want to know why anyway. What can you tell them? Keep it simple, Buscho says, and continue using those “we” statements. Depending on their age, she says, you can assure them that you’ve both tried very hard to repair your relationship, and you’re making this decision because you think everyone will be happier this way.

“Kids are naturally inquisitive, so it’s good to keep your answer brief,” says Campbell. She advises couples to agree beforehand on the answer to “why.” “Having some prepared responses so you can be on the same page helps your kids feel like you’re still on the same team together.”

Why the blame game needs to be avoided

It’s important that you deliver a non-blaming message in this conversation, Buscho says. “Kids will very often look for someone to blame,” she says, “and very often, parents blame each other.” Avoid this.

“If there’s been infidelity, kids don’t need to know that. Those are adult conversations,” says Campbell. She acknowledges that, especially in divorces arising from infidelity, a parent may want to make their ex-spouse feel bad and responsible for breaking up the marriage. “But as adults, we know that infidelity can be multifaceted, that it’s never that cut and dried.”

It’s important to protect your child’s relationships with both of you. No matter how toxic your home life has been leading up to the divorce, Campbell says, “kids always want to see their parents in the best possible light.”

Negative talk about the other parent, like arguing in front of your child, is emotionally and psychologically harmful for kids, according to Campbell. Your child’s brain is still developing, she says, even through the late teens. “That’s a lot of information for them to take in while they’re already going through their own daily struggles in life.” Campbell adds that their connection to you and your partner is a safe haven for them, so when you upend that, it becomes harder for them to navigate those daily stressors. “Sometimes they may become depressed or start having self-harming behavior because they’re questioning if they did something wrong,” she warns. They may end up feeling confused and isolated, Campbell says.

Remember, it’s hard enough for adults to go through divorce. It can take years to get over it, says Campbell. “And adults have a fully-developed brain, which means that the reasoning part of the brain is completely developed.” Kids are not so well equipped, she adds, and an acrimonious divorce can be overwhelming for them. That’s why Campbell advises parents to work together through the divorce, to enable kids to adjust in a healthy manner.

How to hear your kids out

You may have already processed your own emotions about the divorce, but your child is just beginning to work through theirs. Be prepared for your kids to express negative, intense, difficult emotions — that’s completely normal, says Campbell.

“You want to validate their feelings,” Campbell says. “Feelings are important because that’s their reality.” When your child expresses those difficult emotions, she suggests telling them, “That’s OK that you feel that way. It’s OK that you are angry with me. Whatever feelings you have, it’s OK.” Then tell your child that you are going to do your best to help them through this process, however they feel about it.

It’s important to keep the lines of communication open, even if it’s uncomfortable for you. “I’ve urged parents to allow their kids to ask questions,” Campbell says. Your kids need to know you’re giving them that space to come to you.

Why you should keep the conversations going

After that first conversation about the divorce, Campbell suggests you keep checking in with your child to see how they’re handling it. Ask them, “How are you doing with all the changes? How can I support you through this? Is there anything you need from me?”

Reassurance is of utmost importance. Buscho adds that you can say to your kids, “Yes, this is hard. It’s hard and maybe sad, and we didn’t expect this and we didn’t want it, but it’s happening. And we’re all going to be OK.”

Buscho’s book, “The Parent’s Guide to Birdnesting: A Child-Centered Solution to Co-Parenting During Separation and Divorce,” has a list of age-appropriate resources. 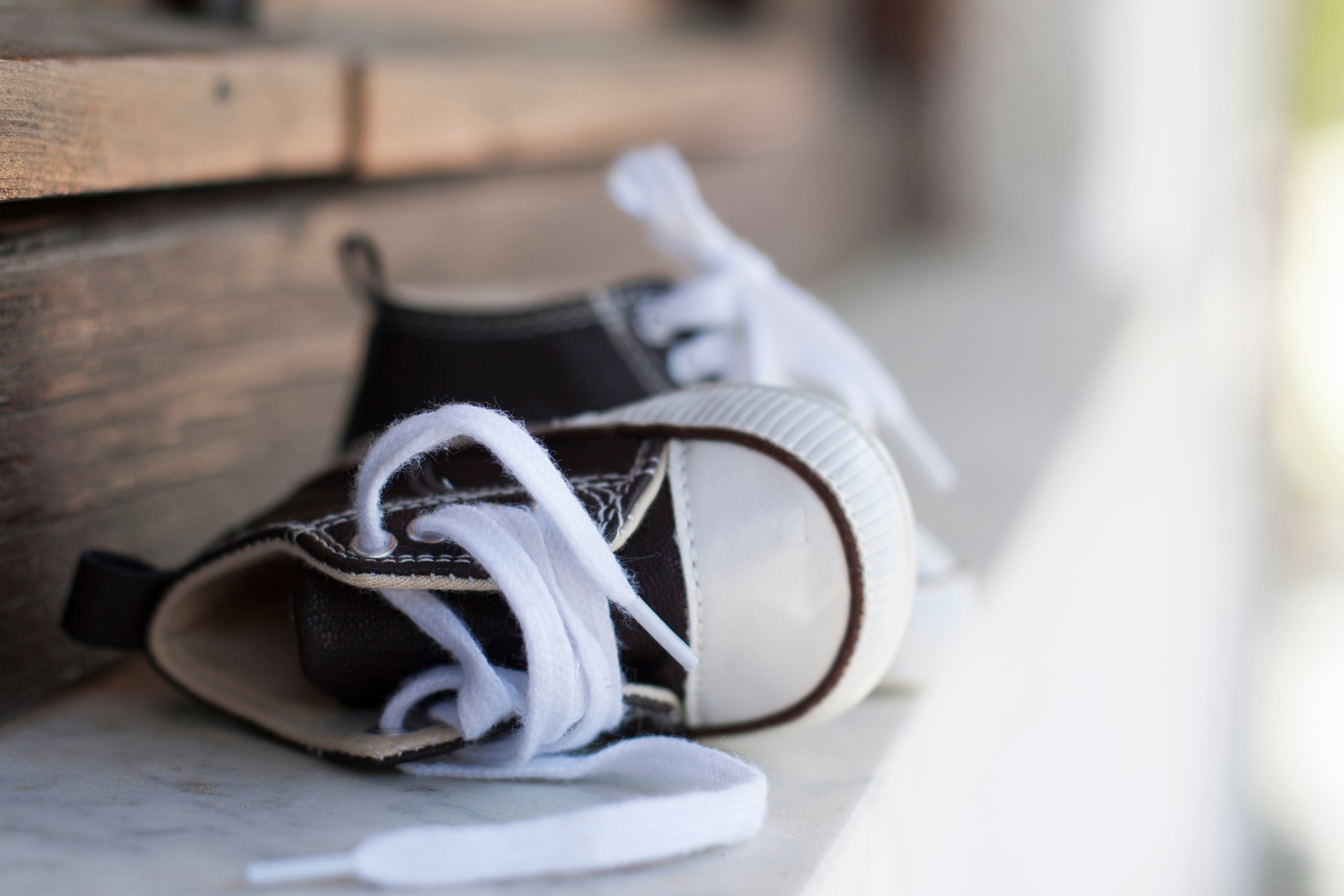 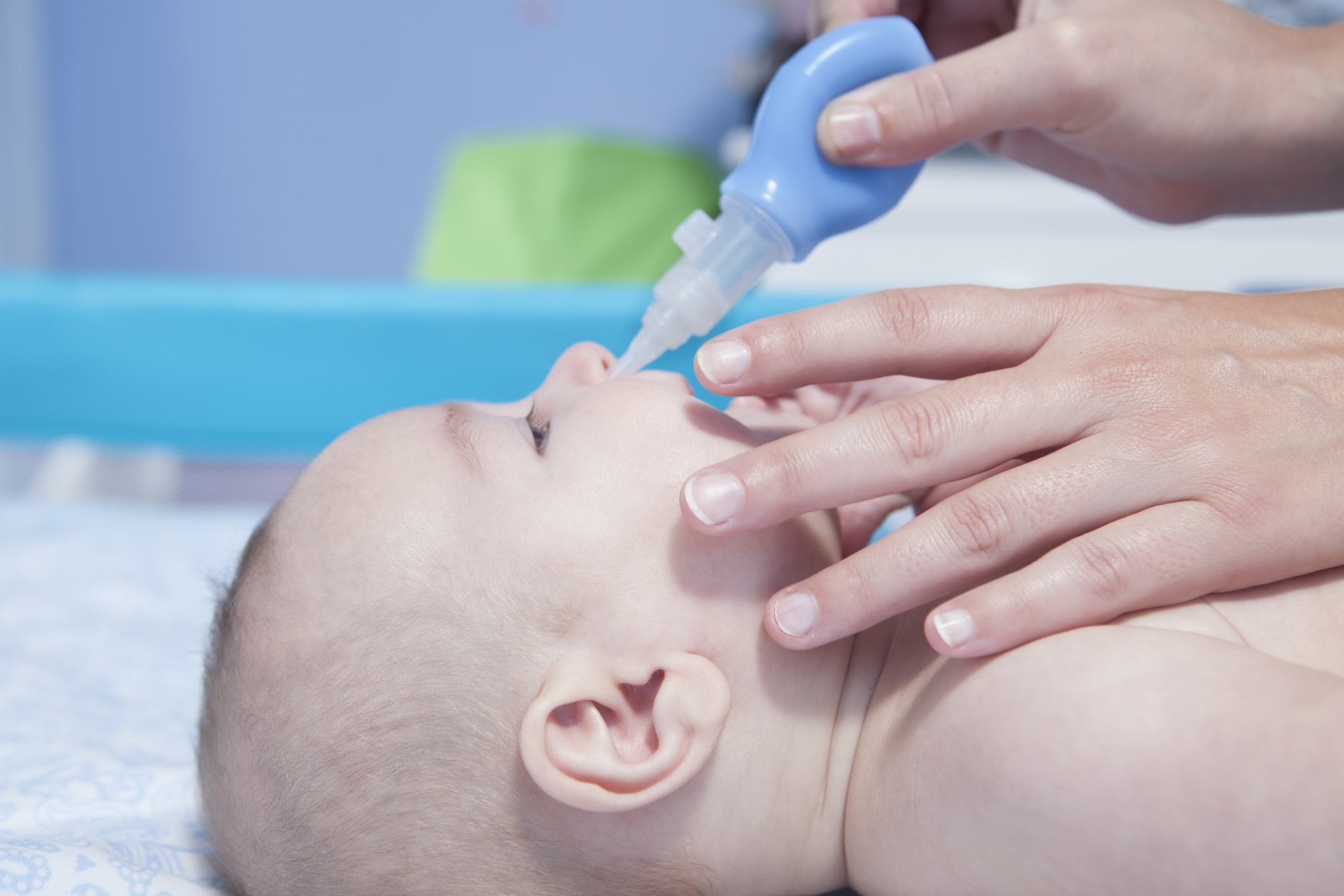 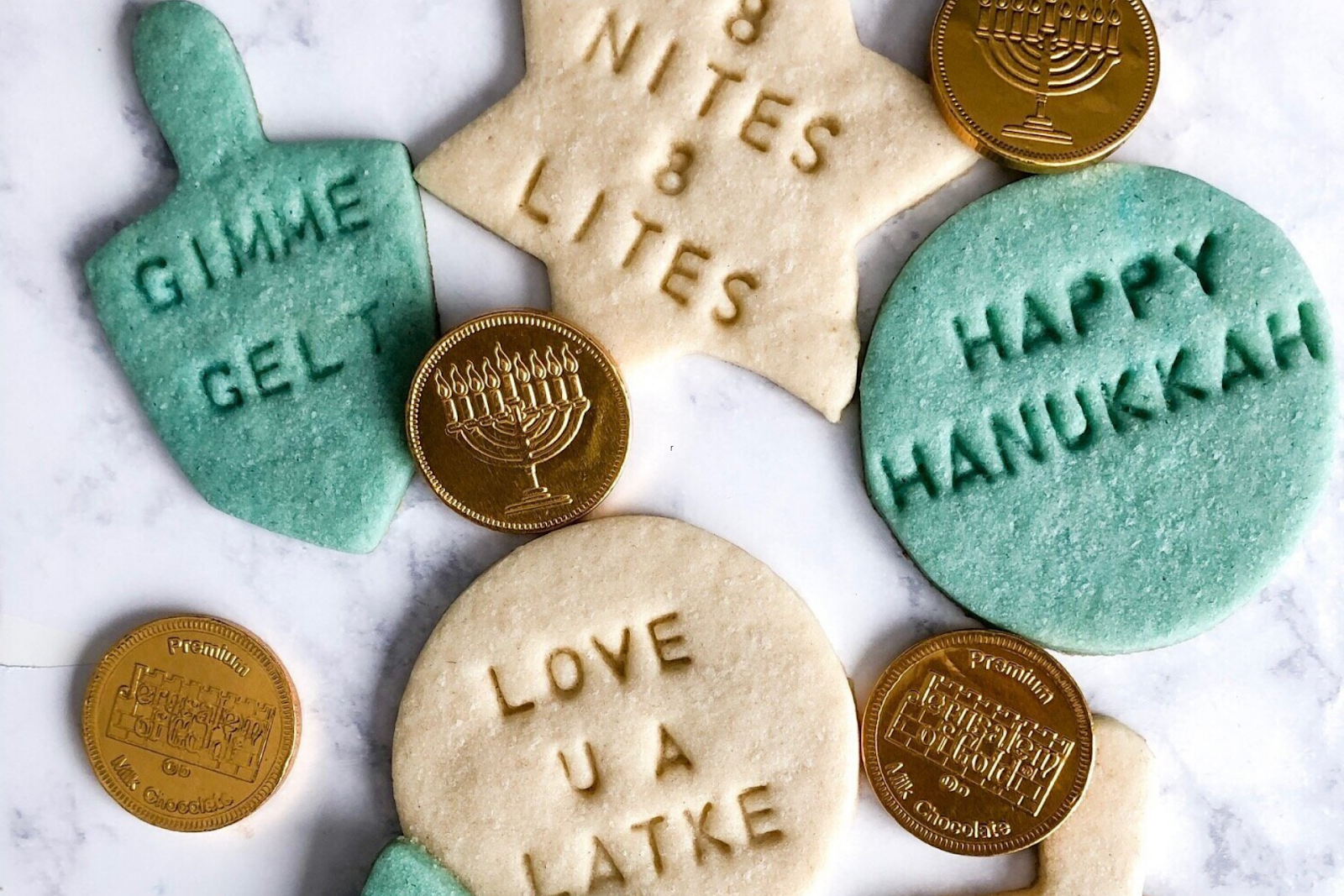 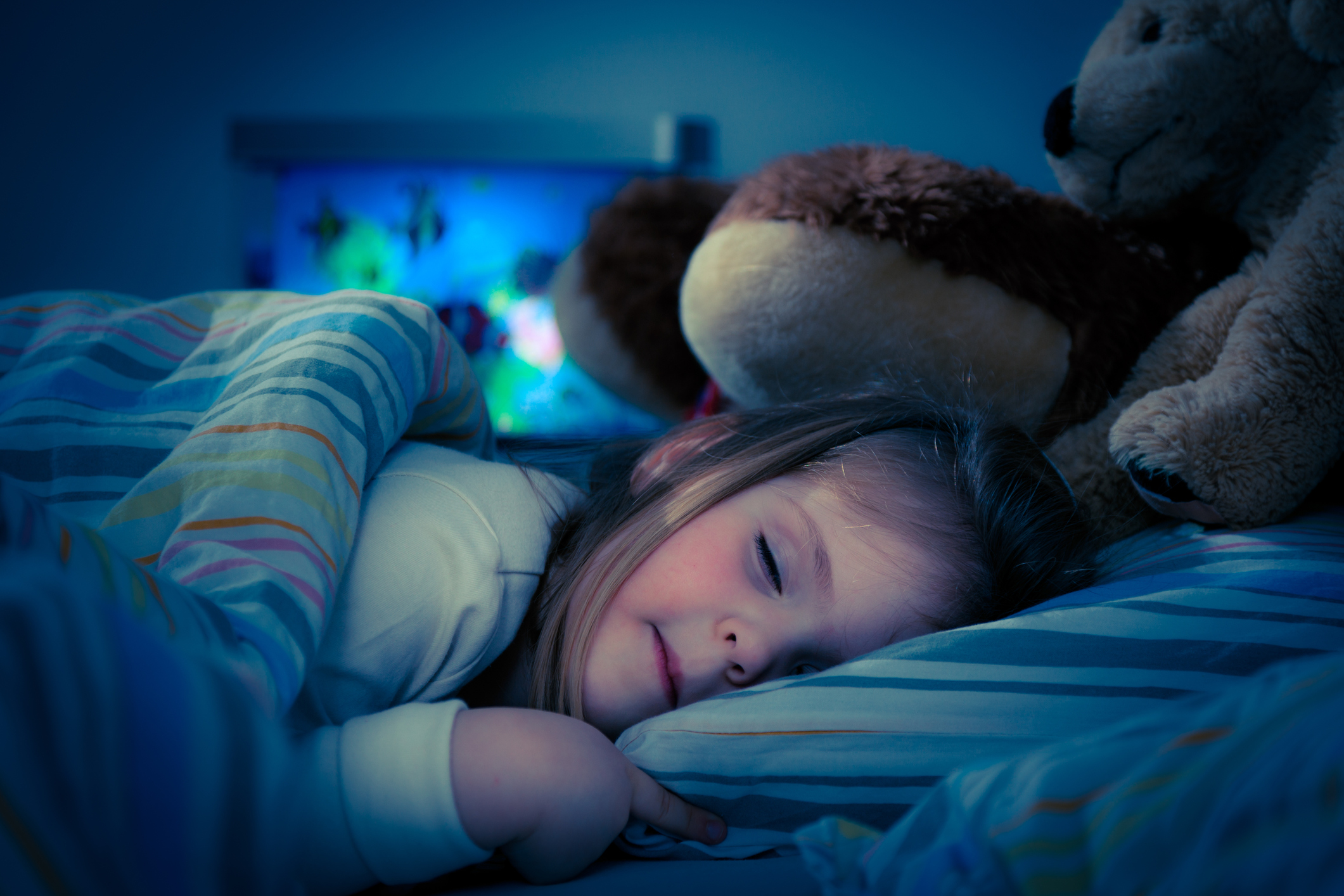 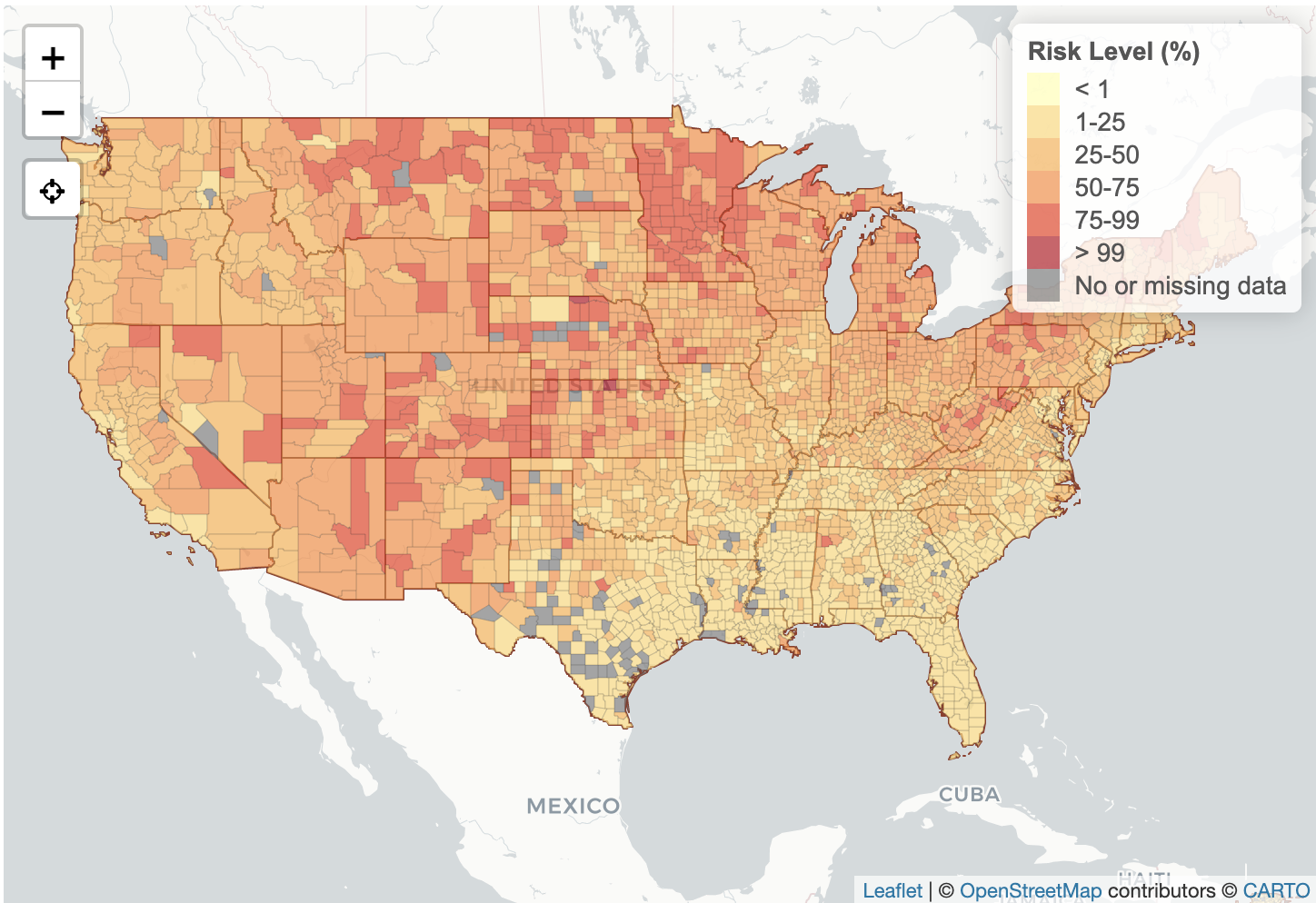 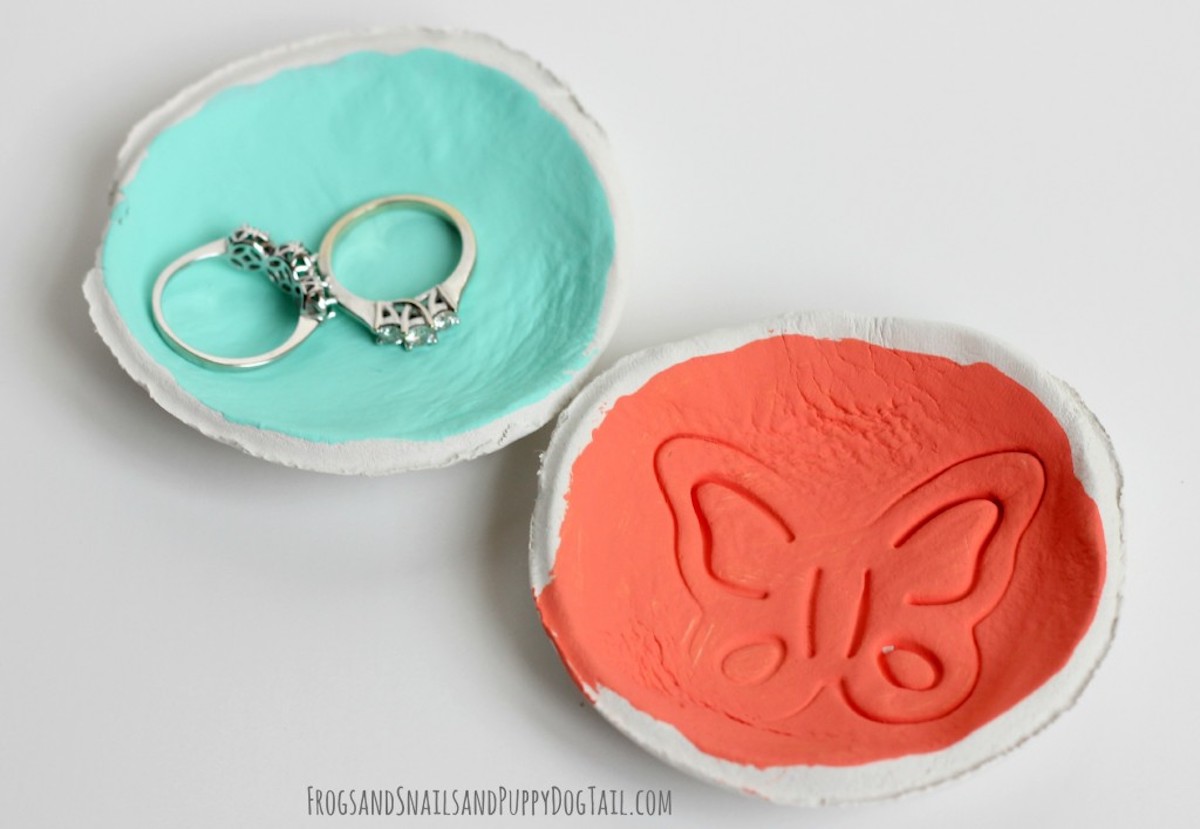