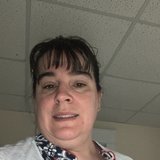 Avg response < 18 hrs
I love people of all ages, I have worked in a dementia unit and I loved it. I would love to be help you keep your loved one active. I would take the places that they wish to go, such as lunch or to the dr. 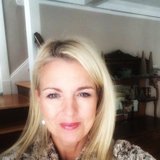 $15-50/hr • 10 yrs exp • 51 yrs old
I have cared for the elderly for the past 25 years. I have worked with clients who have dementia and have a great deal of experience in elder care. I love the elderly and believe that I would be a perfect fit for a position being a companion or helper for the elderly.
LM

I started in home health care in 2009 taking care of a gentleman who was in his 80's. He had dementia and Parkinson's disease. When I first started to care for him he was in a nursing home with pneumonia, and had little health care. I would arrive in the morning to help with physical therapy, assisting with meals, showering, and entertainment. I followed up taking care of him when he returned home as well. After he passed away, I enjoyed assisting with the elderly so much I decided to take on a new patient. She was a woman. I was with them for 3 1/2 years. I assisted her in the same needs as my previous client but also became more hands on and assisted in the household duties, doctors appointments, along with giving out meds. As time passed on I ended up needing to take care of her husband as well as he fell ill trying to care for his wife. After about 6 months the family decided they would be better served in assisted living. Just recently I was taking care of a woman who was in hospice and very ill. This was a very short period of time but we became close and she has just recently passed. I enjoyed these jobs because I was able to use my skills and love. 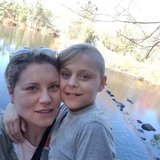 Avg response < 3 hrs
Hello, my name is Rebecca and I have years of experience working with older adults as a care manager as well as a caregiver to the disabled. I am passionate about individuals remaining in the home. I believe quality of life is maintained through dignity and compassionate caregivers. I have experience with a wide range of medical diagnosis including Alzheimer s and Dementia and have received a certificate in aging and am first aid/CPR certified. I hold a B. A. in Psychology and am currently working on my M. S. for Healthcare Management. In my free time I enjoy going on walks with my dog and bike rides with my9-year-old-son. 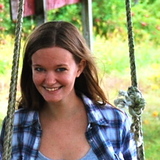 Avg response < 24 hrs
Reliable, responsible, and compassionate, I am a graduate student studying occupational therapy. New to this website, but I have experience as a PCA providing care for stroke survivors and individuals with mild dementia. 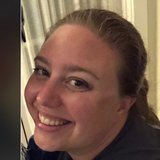 Avg response < 3 hrs
Hello! I have been working in human services, caring for adults of all ages, for 12 years now but have always had a passion for elder care. I started as a young adult volunteering to read to residents at the JGS Life Care Center in Longmeadow and currently work part time for BHN Crisis Services. I have experience working in a residential setting assisting with meals, dispensing medications and following routines. I have experience working with dementia and Alzheimer's disease in addition to a variety of care needs. I have been MAP certified in the past, to safely dispense medication, and I am currently First Aid and CPR certified.