Find a senior care job that fits your needs. 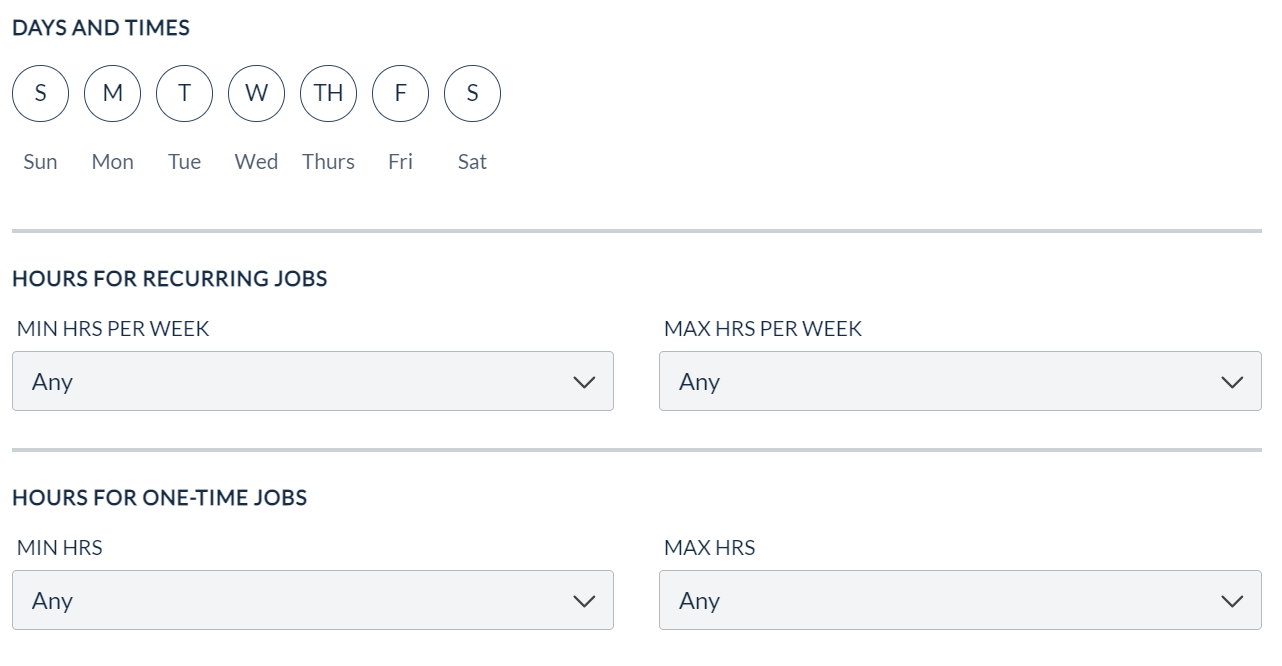 Full Time • $30 – 30/hr • Starts 11/16 • Alexandria, VA
About who needs care: My husband is in late Early stage Alzheimers Disease. He is energetic and loves to go for rides in the car to different parks to walk and read. He used to jog and kayak too. He makes calls in the morning and eats a late breakfast but likes lunch and dinner too. He is an amateur historian and is very funny. About the care needs: Someone with a good and quick sense of humor. They need to keep up with his high energy. Services needed include: transportation, meal preparation, errands / shopping, light housekeeping, and companionship.

Hands-on Care Needed For Myself - I need a hands-on care provide...

Full Time • $10 – 23/hr • Starts 12/17 • Alexandria, VA
I need a hands-on care provider experience for myself in my 60s. Assistance with medication is needed. Assistance with bathing is one of our requirements. Seeking someone to handle meal preparation. Preferences for a caregiver who is comfortable with pets. I will need individual to help me after spine surgery. I hope its only 4-5 hours a day . I will need to help with changing sheets, not afraid to empty beside commode if needed. I will have small incision that may require a dressing change for a time. My daughter is in the house but has to work remotely from home and has five school age children. We have a dog , he is kind but will need to stay out of my area because he is rambunctious! I am in the Belle Haven area of Alexandria

Full Time • $15 – 30/hr • Starts 12/01 • Alexandria, VA
Seeking care for my mother in her 60s. Services needed: bathing / dressing, meal preparation, medication prompting, help staying physically active, transportation, light housekeeping, errands / shopping. Looking for someone with 3+ years of experience caring for seniors. Specialized care needs: CPR/first aid training, nursing experience. Female caregiver preferred. A little more about my mother: she has a strong Caribbean personality, and is direct and assertive, and extremely prideful. She has physical limitations, that make her mobility challenging. I'm looking for someone who is patient, practical, firm, respectful, and a strong negotiator.

Hands-on Care Needed For My Husband - He is a paraplegic with me...

Part Time • $17 – 21/hr • Starts 11/30 • Alexandria, VA
About who needs care: He is a paraplegic with memory issues. About the care needs: Tolerant, patient, good sense of humor, and strong enough to lift up our senior to transfer him to the commode, bed and wheel chair. Services needed include: transportation, meal preparation, errands / shopping, light housekeeping, feeding, bathing / dressing, and mobility assistance.

Hands-on Care Needed For Myself - Recoup from back surgery. Show...

Companion Care Needed For My Father - My father is a retired US...

Part Time • $20 – 30/hr • Starts 01/03 • Alexandria, VA
About who needs care: My father is a retired US Army Lt. Col / gov employee / educator who's wife recently passed away, lives alone, and has mild dementia. He takes several walks a day in the neighborhood (has wonderful, caring neighbors since 1985 who also look after him), watches television (mostly Fox News), and runs short errands from time to time. He is physically active / healthy, already has cleaning ladies and a lawn service, he just needs companionship, someone to check in on him, perhaps make an occasional meal for him, and make sure he is taking his medication. Just someone to have the occasional lunch with him so he is not always eating alone. I visit every Tuesday and Thursday after work and have dinner with him so he is not alone all the time. I also take him to his grandkids sporting events on the occasional weekend. I also take him to all his medical appointments. He does not want to downsize his home as it is all about patterns and relocating him out of his neighborhood would likely confuse him unnecessarily. About the care needs: Someone who will chat with him, see how his day is going, and make sure he is eating well. Interaction would help his memory. Someone should be ok with just sitting watching television and keep him company (he is a bit of a conservative-leaning fellow). Also perhaps go on walks in the neighborhood with him when he does. He loves music and plays solitaire on his iPad. No pets... just him in a large house all by himself. Services needed include: meal preparation, errands / shopping, light housekeeping, and companionship.

Full Time • $12 – 12/hr • Starts 11/19 • Bethesda, MD
Help needed for my father in his 70s - seeking full-time hands-on care. The ideal match will meet the requirements below. Important - experience with managing and administering medication is required. Some light tidying up is involved. He will need your help with bathing, toileting, dressing, and diaper changing. Preferences for a caregiver who is a non-smoker and experience with dementia. His interests are reading, exercising, cooking, and watching TV. He also enjoys the outdoors, weather permitting. He is a pet lover with a green thumb. You will need to check blood sugar once per shift. I am flexible with hours. Thick skin only need apply as he can be grumpy, just saying.

Part Time • $17 – 30/hr • Starts 11/18 • Washington, DC
About who needs care: Lives alone at the Towers. I go weekly sometimes more but I live an hour away and also take care of my partner who is unable to walk now. Mom is 80, heart failure, struggles with laundry, cleaning and especially going to doctors appointments. Needs a companion as well. About the care needs: My mother is a talker so I need a listener who is compassionate Services needed include: transportation, meal preparation, errands / shopping, light housekeeping, companionship, feeding, bathing / dressing, and mobility assistance.

Can I find a senior care job during the COVID-19 outbreak?
Many families and caregivers continue to rely on Care.com as a place to connect and help each other especially during these critical times. Many families will want to have a reliable and responsible person who can care for their elder loved ones safely at home and run errands for them during these times. If you're looking for a senior care job, there are currently 16 job opportunities in Alexandria, VA posted by families who need help to care for their seniors at home.