Here are some childcare options in Big Lake: 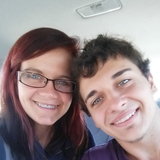 (1)
I have had a great amount of experience in caring for children, and I have always had so much fun caring for 1 to multiple children. I will be there to help them learn, grow, and have fun. I received my diploma at SCTCC in the CACE (Child and Adult Care and Education) program. I interned at New Horizon's Daycare center my first semester of school, and for my second semester I interned at Lincoln Elementary school. I would absolutely love to find a great job as a nanny, babysitter, or even pet care! 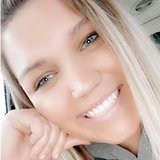 $15-25/hr • 5 yrs exp • 21 yrs old
Responds within a day
(1)
Hi, I'm Hollie! I'm in my third year of college where I am going for my RN with a minor in psychology. I have been babysitting and nannying since I was 9 with the help of my mom at first! I am currently a PCA and nanny. I've worked with kids with autism and different mental disabilities all the way up to elders at their end of life. I have 3 young nephews who get a lot of my time as well as 2 nieces born this year! I have been to California 10 times in the last 2 years and have decided it's time to make the move. Nannying is something I really enjoy and want to continue doing. I am CPR/ BLS certified. If you need or would like references please just ask!
SM
Reviewed by Suzanne M. Jan 2021 5/5 stars
We were fortunate to have Hollie work for us for several days. She was fun, reliable and was able to keep them focused on their schoolwork. She figured out our kids' ins and outs quickly! Thanks Hollie! 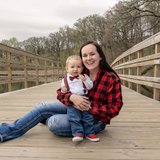 $15-20/hr • 6 yrs exp • 25 yrs old
(1)
I was a babysitter for a family with four kids, one of the children having autism, for about four years and now they are all old enough to watch themselves. I also worked at a child care center as a float staff, meaning I was between all of the rooms and I was there for nearly a year. After that, I nannied two wonderful little guys, now ages 4 and 6, for a little over two years. I then became an infant teacher at another daycare center which I worked there until I had my son on May 7, 2018! After maternity leave, I started nannying for a family with four children, age range 3-11. I bring my son with to this nanny position, meaning I care for five children, four days a week. 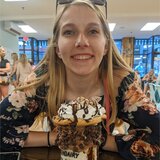 (8)
Hello all! My name is Lauren. I am currently a Full-Time nanny but am open to date night or occasional weekend sitting. My profile is updated, Summer 2021. in Big Lake, MN (June 2021). I have my Bachelor's from UM Duluth in Early Childhood Education and Special Education, and have loads of experience with children of all ages and abilities in various settings (I have worked with children 3 months to 12 years old). I have my teaching license, and CPR and first aid certifications. I love to alpine ski, paddle board, travel, and spend time with my cat. 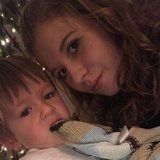 $10-20/hr • 6 yrs exp • 21 yrs old
(1)
My name is Leah! I live in Monticello and am a college student online at ASU. I am majoring in Speech and Hearing Sciences to pursue a career as a speech therapist. I have a passion for working with, caring for, and helping children. I have 6 years of experience caring for children ages 6 weeks-12 years. I have experience with twins and children with additional emotional and/or physical needs. I have worked as an assistant teacher in a daycare center. I spent most of my time there with preschool age children, but helped in classrooms of all ages. I am CPR/first aid and SIDS certified. I would be happy to provide more information and references upon request! 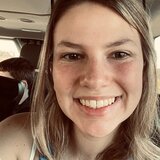 $10-20/hr • 3 yrs exp • 19 yrs old
(1)
Hi! My name is Emma. A little bit about me: -I'm 18 and have had my license for almost 3 years and I have a clean driving history. - I will be pursuing a degree in elementary education at St. Catherine University. -I have worked at a daycare for 1. 5 years. And have worked with all ages groups. From Infants to school-age. -I have been a nanny before. For 2 years. -I am CPR and first aid certified as well. I would love to talk details and find a family! Thank you!
EC
Reviewed by Emma C. Mar 2021 5/5 stars
Emma has the kindest heart! I highly recommend for any date nights, nannying etc. She is amazing! 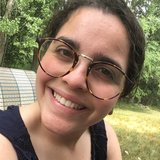 Hi! I'm a woman who had the opportunity to start a career with kids. I started as an Aide Teacher and continue until I became a Preschool certified teacher. It has being such a pleasing and enjoyable experience. I'm always willing to learn and to give the best of me. I move kind of far from my job and looking for something close to me as next year I'll start a new adventure. Hope I can be helpful for other families that need help. 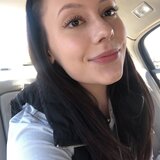 I have 3 years of experience teaching children's gymnastics. Age ranges from 1 year to 13 years old. I grew up in a daycare home; my mom did at home daycare for 11 years. I also have three little sisters that I have babysat quit a bit. I have my high school diploma, and have finished my first year of general college courses. I am a very active and outdoorsy person:) I also love animals, I worked on a horse farm last summer! I am looking to nanny for a family for the summer, and into the fall if needed! I am a very reliable, caring, and patient person! I am open to helping out with any chores or pet care around the house as well. I am able to provide all of the care, supervision, and fun for your kiddos! 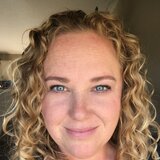 Nanny With 21 Years Of Experience

Responds within a few days
I am currently a photographer and have a part time family, seeking a position with more hours. I have been a nanny 6 times, for kids aged 18 months through 18 years for a total of 13 years; 6 1/2 years being my longest position. I have worked in centers as lead toddler and preschool teacher. I have other experience, including swim instructor with the Y, with kids 6 mo-14 years. Overall, I have 21 years of childcare experience. I have a BS in Psychology, with an emphasis on child psych. I love being a nanny & the close bond I'm able to develop since my attention isn't divided between several children. I am much more involved in the children's lives and feel great accomplishment when they achieve their goals. I am very dedicated in all I do, and putting all my effort into one family's well-being is very rewarding. I am currently homeschooling my son (8) and would love to bring a child into my home part time if a family would be willing, or your home with my son tagging along. 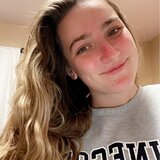 Responds within half an hour
I have 5 years of experience. I love to have fun and bring people's personalities out. I am expecting myself and I can't wait to have just as much fun with my kids as I do with other people's kids. I love to go out and be adventurous or just have a chill day at home doing crafts or watching TV.

Kathleen L Larson is a day care establishment operating at 510 Glenwood Ave, Big Lake, MN that focuses on providing age-appropriate activities for their students. Their center employs trained caregivers that ensure children are being well-taken care of every time.

Pamela R Hagen offers a warm and secure environment promoting the fullest possible development of the whole child. The center's goal of educating children is to provide them with a foundation of competence and confidence to function independently throughout their lives.

Tracy's Licensed Daycare offers a safe, secure and fun place for children. This childcare facility caters to the children's growth and developmental needs in a warm and friendly environment. It also provides educational activities that nurture the development of physical, social and academic skills.

No Place Like Home is an establishment in Big Lake, MN that aims to provide a happy, healthy, fun, and loving learning atmosphere. They work with parents in giving the best care that is comfortable and enjoyable for kids. They believe that the students are unique and will grow at their pace. They encourage the kids in reaching new heights while nurturing their strengths.

How much does it cost in 2021 to hire a child care provider in Big Lake, MN?
Hiring someone on Care.com to provide child care services will cost an average of $13.00 per hour as of September 2021. This rate may vary depending on the experience each child care provider has, how many kids you will need them to watch, the age of your children, and whether you need part-time or full-time child care.

How can I find child care help near me?
Care.com currently has 46 child care providers Big Lake, MN. You can search for caregivers by their distance from Big Lake and by hourly pay rate. Then you can compare their experience, specific services they offer and what age groups of kids they specialize in caring for. You can also read reviews from other families in Big Lake that have worked with the child care providers you're interested in.

Displayed caregivers have had active Care.com profiles within the last 60 months but may not have current active accounts or background checks. Results are illustrative only and may not reflect current availability. Care.com members have access to active, background checked providers.