Here are some house cleaners near Lake Stevens: 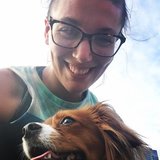 Responds within a few days
(5)
Organizing and cleaning relaxes me. On my days off, I spend time cleaning or rearranging my own house, so needless to say, I enjoy cleaning and would love to provide my services to you. When in your home, I stay on task with my responsibilities by not using my phone for texting or goofing off. I am a serious and hard worker. I have been doing housecleaning work for a few years now and keep wanting to build clientele. Especially because I am new to this area. Try me out! I am honest and actually good. 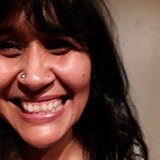 $17-25/hr • 2 yrs exp
Hi, I have done private house cleaning for a couple of years. I have done general room cleaning, Kitchen, bathroom cleaning. I am willing to help with whatever the need may be. I like to a thorough job. I enjoy and find fulfillment in seeing things clean, also just being able to help bring some help/relief with people and their busy lives. I am a hard worker and dependable. 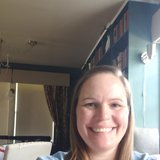 $15-20/hr • 1 yr exp
I'm a stay at home Mom with two kids in school looking for extra income and something to do during the day. I'm 38 and used to Nanny for a friend until they moved to Missouri. I'm looking for part time work right now as my husband is in the Navy and I like to be home for my kids as much as possible. On a friends suggestion thought I would try house cleaning, but would be willing to do part time Nannying. I worked at a Daycare for 2 years when I was going to school in CA. I have lots of experience with kids other than my own. I live in Lake Stevens currently. 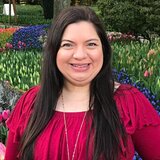 I have been a family assistant for five years. Managing the house with responsibilities include: cleaning the house, laundry, grocery shopping, various other errands, cooking meals for family, as well as pet care for their dog. 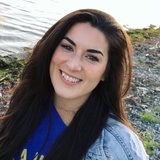 As a veteran, I have extensive experience in cleaning and maintaining living and working spaces. I have experience in food service as a culinary specialist and can properly clean and sanitize anything. Attention to detail is my specialty and I will get it done right the first time.
CM

Responds within a day
Hello my name is Carmen. I am a CNA (Certified Nursing Assistant) I have worked in senior care for over 15 years. I am offering cleaning services, errands, shopping, transportation to Dr's appointments, cooking, cleaning, organizing and everything that has to do around the house! I am mature, honest, reliable and have excellent references! for more information please contact me via this site.
MM

$15-25/hr • 2 yrs exp
I'm a very clean organized person I love to clean and help others I have side jobs and I'm trying to figure out my passion I have cleaned since I knew how to.
BH

I take care of my neighbors house and dogs whenever she needs! I am available most days except for holidays. I love house sitting because I live with my parents and house sitting gives me a chance to be independent. I also enjoy cleaning because there is nothing more satisfying than having a clean house! 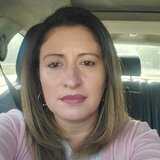 Responds within 4 hours
I have 5 years of experience. I can help with Bathroom Cleaning and Kitchen Cleaning. I love my job and taking care of you and your family. 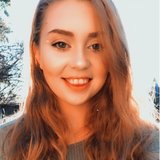 $15-25/hr • 2 yrs exp
Responds within a day
My mother and I worked as housekeepers for many different families who ran rentals. Homes varied in size, but we had to get these done as quickly as possible because sometimes they would double book guests so we needed to get everything done before the new guests arrived while still making sure it was clean and presentable. These jobs included doing dishes, laundry, sweeping, mopping, dusting, sanitizing, and even some yard work. 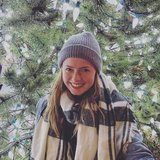 $15-25/hr • 2 yrs exp
Hello, Do you need some help keeping your space tidy and organized? Look no further! I have been cleaning houses (other than my own of course) for the past two years. The equipment I currently have available is: Vacuum, Swiffer Wet-Jet, Swiffer Sweeper, Glass and wood cleaning spray and/or wipes, Kaboom Shower Cleaner, Clorox Toilet bowl cleaner. I am willing to add to this supply as needed! 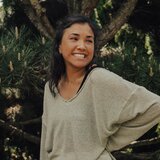 Responds within a day
I was a full time nanny for three infants and general house cleaner, meal prepper, and errand runner for a year! I love organizing, cleaning, and all things tidying up 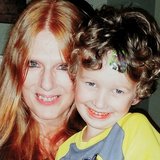 I have worked as a housekeeper numerous times in the past. I had six children and learned a lot about household organization and cleaning from that experience alone! But I officially worked as a housekeeper for the government senior center in Vernonia, OR, in 1996/1997, which was difficult, but rewarding work. I then worked for a woman with a 4000 sq. ft. home once a week. And I cleaned house for her father-in-law also a year or so later, by her recommendaton. In 2004/05 I worked as a housekeeper in Astoria, WA, for two different women, and the jobs were as varied as the two women. Two years ago, I worked for two families as their housekeeper, both of whom had home businesses. When the recession hit, they each let me go within four months of each other, due to finances. I have been working as a nanny for the past two and a half years, but have done some housework even in that field. I am an honest, reliable worker, and can acquire references to concur with that; I also feel that I am good at organizing, if anyone would like some organization accomplished. I have also done house sitting work for three different families on numerous occasions

1701 93rd Dr Se, Lake Stevens, WA
SHINY HOUSE OF SEATTLE is a Cleaning Service dedicated to providing each and every one of our customers the high quality cleaning service. We assure the quality of service that you require and provide unsurpassed and reliable domestic cleaning, minor office cleaning and maintenance services. SHINY HOUSE OF SEATTLE you can save your precious time and energy by entrusting cleaning to trained professionals- during removals, after construction and at acceptance of a house etc
we will perform basic cleaning tasks such as sanitizing the restroom and vacuuming the floors, and you can add additional services such as commercial & residential COVID-19 CLEANING and much more

9015 10th St. NE, Lake Stevens, WA
Hi, my name is Shelly J. I am the owner of Daily Chores Services. A cleaning service that offers residential and office environment cleaning.

I have over 20 years experience cleaning. Growing up my family manage a motel and I would clean motel rooms. When I was younger I did a lot of residential cleaning, working for a cleaning service. So cleaning is what I do.

Daily Chores Services uses and supplies all natural cleaning products. Why use harmful chemicals to clean your home,. Chemicals are not only harmful to you ,but your family and pets as well. I use Method, a plants base cleaning product. That is safe to use in any home.

DCS not only wants to give you a quality clean but a valuable one. We charge by the hour and only by the hour. Giving you control on how much you want to spend. You may not need help cleaning your whole house. Maybe just one area. So why pay hundreds of dollars for something that may only take a couple of hours or less.

Life is hectic and busy. Why not let DCS help you eliminate some of the stress. Daily Chores is committed to giving you the quality and value you deserve.

What are the different types of house cleaning services available in 2021?
House cleaners in Lake Stevens, WA range from general room cleaning all the way up to cleaning your attic. Be very detailed when you communicate with each house cleaner so you both are on the same page with exactly what you want done in your home. Cleaning the carpets may mean vacuuming to your house cleaner, but you may also want them to remove a few stains. Also, asking a house cleaner to clean the kitchen may not be descriptive enough if you want them to wipe down your cabinets and refrigerator.