Find the right tutor to fit your needs! 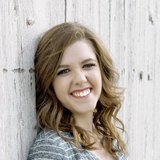 (1)
I am new to tutoring, but English is my strength. I earned a 32 on the ACT (meaning I was in the 95th percentile of high school students.) I am a recent high school graduate, and I am entering college in the fall. I was homeschooled, and have experience "tutoring" my four younger siblings. 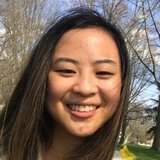 Hi! I am a recent high school graduate. I am a patient and reliable person and throughout high school, I tutored middle schoolers, through my school's National Honor Society program. I also was a co-captain of my tennis team and am very comfortable teaching and helping others. 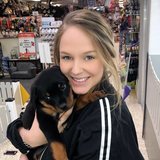 Music performance major at Cleveland State University. She began playing piano at the age of 3. She took part in music school when she was very young and then continued private lessons. Since she began taking lessons, she has participated in seasonal recitals which included chamber and solo works. She has annually (since the age of 5) participated in the American College of Musicians, USA, the National Guild of Piano Teachers Auditions, and the National Federation of Music Clubs where she was awarded the 75-point Grand Cup for consistent superior ratings. She also competed in the OMEA Solo and Ensemble where she consistently earned the highest ranking in piano solo events.

How can I find an English tutor near me?
Care.com currently has 3 English tutors in Avon Lake, OH. You can search for candidates by their distance from Avon Lake or hourly pay rate. From there, you can compare the experience each English tutor has working with kids, and the specific skills they can help you with. You can also read reviews from other families in Avon Lake that have worked with the tutors you're interested in.

What questions should I ask a potential English tutor?
The right English tutor for your child will be able to improve their grades and writing skills. Ask questions about the process each tutor uses to get these results from the kids they've worked with in the past. Also ask each English tutor if they are familiar with some of the goals the schools in Avon Lake have. Finally, see how long they are willing to commit to helping your child with their English assignments. Your child may need only a few sessions to get on track, or long-term help that could require an English tutor staying with them the entire school year.