Find a job that fits what you're looking for. 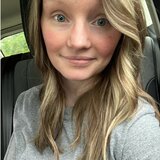 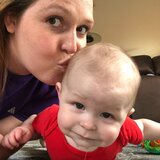 Full Time • $10 – 25/hr • Starts 06/17 • Bardstown, KY
My baby P is the highlight of my life. He naps every 2-3 hours and is the sweetest baby ever. He eats 7 ounces every 3 ish hours. Additional needs include a non-smoker, having a reliable car. We could use help with homework or curriculum assistance. 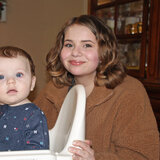 Part Time • $10 – 20/hr • Starts 06/14 • Bardstown, KY
We are looking for a great nanny for our 11-month-old son in Bardstown. We would prefer someone who could help out with light housekeeping such a vacuuming, sweeping, picking up toys, etc. We would prefer a nanny who has their own car, who does not smoke, who is willing to drive children (not likely but just in case) and who is comfortable with pets. My son is nearly a year old who can stand, crawl, and couch surf. He loves playing peekaboo, dancing and listening to music, and cuddling when he's being bottle fed. He is on formula milk, and will eat most solid foods and purées. He can say mama and dada, but being a boy he mostly grunts! Lol We also have a cat named Ash, who would need to be fed and watered. He's a real low maintenance cat and prefers being outside. 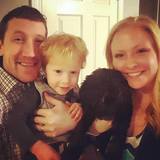 Babysitter Needed For 2 Children In Bardstown

Part Time • $10 – 15/hr • Starts 06/11 • Bardstown, KY
Hi! I'm looking for a great reliable babysitter for our 7-year-old son and our 4-year-old daughter! We need someone who is energetic and patient because our kiddos are full of personality! My husband and I are looking to have a date night at least once a week. This job would entail some light tidying up and preparing meals for our kids. They love playing and being active, so we hope you do too! We also have a golden doodle named Roo who just loves people and a small maltipoo named Albus so animal lovers are welcome. We are an easygoing family and are looking for someone to fit right in! We are also hoping to find someone who can be available last minute (meaning a day notice). Please inquire if you're interested in helping us out. Looking forward to hearing from you!

Nanny Needed For 1 Child In Bardstown

Nanny Needed For 2 Children In Bardstown.

Part Time • $8 – 9/hr • Starts 09/01 • Bardstown, KY
Two very active and energetic boys so our caregiver will need to love to play and be active. I would not want the caregiver to be on her phone during work hours. Additional needs include having a reliable car, a non-smoker. My schedule may vary.

Babysitter Needed For 1 Child In Bardstown.

Full Time • $10 – 18/hr • Starts 08/25 • Bardstown, KY
We need a nanny for our 1 child in Bardstown. We would prefer someone who could help out with light housekeeping. Please be comfortable with pets. It is important to us that you have your own car.

Nanny Needed For 2 Children In Bardstown.

Part Time • $10 – 12/hr • Starts 06/07 • Bardstown, KY
We are a first responder family I will be going back to work but I will be in the home the whole time. The schedule will be strange because my husband works odd hours. But we can give a months schedule at a time so you know what to expect! Id love someone who is great with kids that will keep them out of trouble and play while I'm working! Prepping lunch for kiddos and cleaning up after would be great just helping the over all flow of mess and cleanup would be great! I do not expect extra housework just the everyday messes. Thank you so much!. Additional needs include light housekeeping, being comfortable with pets, having a reliable car, a non-smoker. We could use help with homework or curriculum assistance. Flexible start date. My schedule may vary.

How can I find child care jobs near me in Bardstown, KY?
Care.com has 10 child care positions in Bardstown, KY. You can search for local families looking to hire a child care worker by distance from Bardstown and compare your options by filtering by hourly pay rate, the ages and number of kids you will be caring for and the number of hours you hope to work for the family each week.

Can I find a child care job during the COVID-19 pandemic?
Many families and caregivers continue to rely on Care.com as a place to connect and help each other especially during these critical times when parents struggle between work and child care. Many parents working from home will want to have a reliable and responsible person who can care for their children while they work. If you're looking for a child care job, there are currently 10 job opportunities in Bardstown, KY posted by families who need help at home.