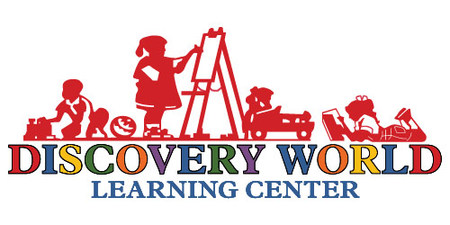 1 2
Since 1992, Discovery World Learning Center has been offering an educational curriculum which provides each child with experiences of discovery and exploration in addition to maintaining a safe, clean and caring environment.
In business since: 1992
Total Employees: 11-50

State license status: Full Permit (Care.com verified on 1/14/2023)
This business has satisfied Texas's requirements to be licensed. For the most up-to-date status and inspection reports, please view this provider's profile on Texas's licensing website.
Licensing requirements typically include:

$146/week
At Care.com, we realize that cost of care is a big consideration for families. That's why we are offering an estimate which is based on an average of known rates charged by similar businesses in the area. For actual rates, contact the business directly.
OFFERINGS
Full Time (5 days/wk)
Part Time (1-4 days/wk)
Drop-In
Half-Day (Morning)
Half-Day (Afternoon)
Full-Day
Extended Care (Before School)
Extended Care (After School)
PAYMENT OPTIONS

Susan M
★★★★★
★★★★★
My granddaughter has been in the care of Discovery World Cesar Chavez since she was 6 weeks old in December of 2019. We were so blessed to have Ms.Maggie as our granddaughter's teacher/caregiver. Ms. Maggie takes very good care of her students/children, as well as keeping the family informed of the daily activities and routines. She also exposes the students/children to a multitude of activities, arts and crafts, and reading and singing in both English and Spanish. Ms. Maggie has been a blessing to our family. Eventhough our granddaughter has aged out of infant group, we feel she is in great hands at Discovery World, Cesar Chavez.

Alyssa
★★★★★
★★★★★
Please, please do not send your little ones here.
I have contemplated posting this for the past 2 months, but I can't let other parents experience the panic I've experienced. Please read to the end- it could save your child's life.
My barely 12-month-old had been in care at this facility since February, and we had zero issues. However, in mid-August, I called to let them know she would be late due to a well-visit doctor appointment. "Mel" told me she couldn't attend because I called too late. I had never called with previous doctor appointments; I just brought a note. I asked to speak with the director, Nancy, but "she was out," and I could leave a message. I asked to talk to the Assistant Director, Megan but was told the same thing. Ten minutes of back and forth later, Mel revealed that Megan and Nancy quit, and she was the interim director. Since their resignations, my 12-month-old had different teachers in her classroom every day, including teachers I had never met. Rotating caregivers can be detrimental to the attachment-formation of a child at such a young age. After speaking with the owner, Jason, about my concerns with both directors leaving and no parental communication, he communicated the changes to the parents.
A week and a half later, I got a call around noon that my barely 12-month-old had tripped and bumped her head on a shelf. Not a big deal, she's learning to walk, and babies trip- I get it. They said the bruise looked terrible because "she has such fair skin, and we aren't used to fair-skinned babies." They emphasized multiple times in the short phone conversation that her bruise was bad because of how light her skin is but assured me she was doing well.
At 5 PM, I picked her up, and it took about 10 minutes for them to bring her out to me. While nervously waiting, someone came out with two incident reports. The first for her tripping, the second because she "fell while getting out of her high chair." Confused, I asked how that could happen and was given the run around for about 5 minutes before I flat-out asked EXACTLY what happened. There was a non-employee of this facility working in the infant classroom. She took the tray off my daughter's high chair and unbuckled her. She noticed a younger infant on the floor a few feet away who had slid down the boppy pillow he was on. After unbuckling her, she walked away from my daughter to tend to the other baby on the floor. The other infant teacher walked over to feed the baby next to my daughter. My daughter leaned forward and fell, flipping headfirst into the tile floor. The first employee, who had walked away from her, turned back around to console her. She "tripped" into the shelf less than 20 minutes later, probably because she was still unsteady from the previous head injury. The bruise looked so bad because she had already sustained a considerable blow. To make matters worse, they put her to sleep after. Anyone who has first aid training should know that the individual MUST be kept awake if there is a chance of a concussion.
At no point during the day or the phone call was I told about what happened with the high chair due to a "miscommunication." I was told incorrect information when I picked her up, and the incident report did not reflect what happened. While sitting in the emergency waiting room, Jason called to see what had happened and ask if he could do anything. We removed her from the facility immediately.
CPS was at the facility that day investigating other allegations and was not informed of the incident. Three days later, Jason and the facility had still not reported it.
It still makes me sick to think that this happened with people I trusted to keep my daughter safe. They did not inform me. They did not follow the concussion protocol, and they didn't file the proper forms. If Megan and Nancy had still been at the facility, and her usual teacher had been in the room, I am confident my daughter would have been safe. Please, please keep your little ones away.
Tell us about...

Hope Lutheran Day Care Center
5714 Callaghan Rd
San Antonio, TX 78228
Share my information with the selected business so they may contact me. I understand this information will be subject to the business' privacy policy.
Request Information