Find a driver that fits your needs.

Here are some drivers in Grain Valley: 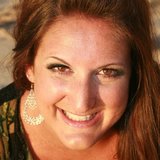 (1)
I was recently laid off from my caregiver position, when the family I was working for made the difficult decision to place their loved one in a nursing home. I performed all caregiver duties during my time at that position and thoroughly enjoyed every day I spent with her! I have no formal training in this area but have performed dressing and bathroom duties, medication management, blood sugar testing, special diet meal preparation, doctor visit assistance, exercise programs and most importantly companionship on all levels! I really hope to meet your family and become an extended part of it. 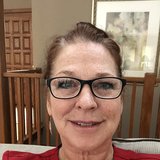 I'm reliable, prompt & flexible. I'm happy to cook meals or take client out to eat. I do light housework. My goal is always to enrich the life of the client. My experience has enabled me to lovingly deal with difficult situations through humor & relationship. I have many references.
JF

I have done in home care for 5 years. I just recently got my CNA renewed. I also have experience working in a long term care facility. I love helping people and making them feel better. I an a single mother of two beautiful daughters. I am a hard worker. 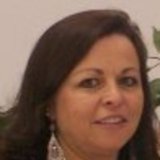 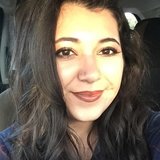 I'm currently a direct support staff/caretaker for kids with disabilities from 3pm-11 p.m. I deal with autistic kids & amp; behavioral kids. I love what I do, I love teaching, caring for them, & amp; helping them with their everyday necessities. I enjoy cleaning & helping others with personal care. Ive been in this field for a little over a year now. I'm bilingual with Spanish & amp; English. I have a car so I am a reliable person & amp; can even transport! I enjoy going home knowing I was able to help someone. I am looking for a part time job of care giving for kids or elders, watching pets, & cleaning houses in the morning time Monday-Friday & every other weekend 6am-9 a.m. or 9am-noon or anything in between those hours. I'm very responsible and dependable! I'm very lenient with payments. 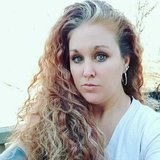 $10-20/hr • 5 yrs exp • 39 yrs old
I am one of the oldest grandkids and have helped with my grandparents as well as great grandparents as I grew up. Also I took care of a lovely lady for almost a year everyday until she got sick and had to be put in a nursing home with fulltime care. I love visiting with the elder. My father is 78 and all his siblings are in there late 70's early 80's. I take care of most of them whatever is needed. Anything needed from fixing breakfast, lunch, dinner, to running errands or just sitting and talking I am always here. I love to interact with them all. It brightens my day to put a smile on their face. Anything I can do to help I am here. 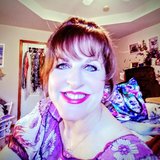 I was hired as a private caregiver for an elderly couple in their nineties in their home resident by the Power of Attorney as a full-time Home Health Aide. The husband had been diagnosed with Dementia, even as my own father was and he also had COPD. The wife started out on a walker where he was in a wheel chair. I woke them every morning dressed and groomed them to start their day. I prepared them breakfast, lunch, and dinner on a daily basis; I changed out their linens, made their beds, and did two loads of laundry per day along with kitchen clean up after meals. I had a regular schedule on housekeeping of dinning room and living room areas which consisted of dusting, vacuuming, sweeping, and mopping, as well as cleaning down three restrooms and gathering trash for weekly P/U. I assisted in daily living, assisted clients with toileting and bathing, hygiene which included haircuts, shaving and hand and foot care. I aided in daily transfers and mobility back and forth to restrooms to chair to bed to dinning room table for meals. After they both eventually became bed bounded I changed their diapers and cleaned them up along with changing out draw sheets and pads, while keeping them comfortable, warm, cleaned and re-position every two hour to prevent bed-sores. I had the pleasure to work with hospice as a team when they were called in for the husband as his condition had worsened until he passed away. I continued to care for the wife until Hospice was called in again for her, she passed about six months later after him. I enjoy working with the elderly very much and decided to look for work assisting seniors as their caregiver and hope to have the opportunity again take care of someone who needs me as the wonderful lovely couple in-which I had the pleasure to be their for and to be apart of their life's in their latter years. My experience, even though it could be somewhat challenging at times, weight out to be more rewarding in the long run which left me with the decision to want to stay in the same field. I provided for them not only a caregiver and aide but with social interaction and compassionate companionship not only someone to talk too, but also someone who would listen. 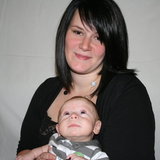 $10-20/hr • 1 yr exp • 30 yrs old
I have been in the nursing home environment since I was two years of age. My mother is an activities director so I have always gone to work with her to help out. I just graduated high school and I am a certified CNA. I just recently worked in a nursing home and loved it and I still go up and volunteer.