Find a driver that fits your needs.

Here are some drivers in Winter Haven: 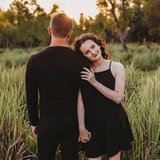 $15-20/hr • 4 yrs exp • 23 yrs old
Hello, my name is Paige. I have worked with seniors since 2015. I started as an Activities Assistant for seniors in memory care and assisted living. I decided to further my career and get my CNA license. Working with seniors is my passion and I love helping wherever and however I can. I would love to set up a free consultation with you! * Certified Nursing Assistant * Clean Level 2 Background Check * Valid/active Drivers License & Insurance * 5 Years Experience 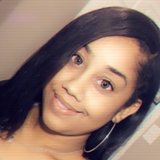 Avg response < 19 hrs
I have been care giving for about 5 yrs now it what I do an I enjoy doing it . I actually started doing this line of work because my grandmother was diagnosed with cancer an I help care for her till she passed so I do this work because of her really . 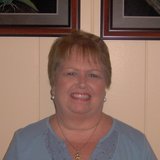 Avg response < 6 hrs
Hello, I worked as a home health aide a long while ago in West Virginia, from 1974 to 1976. I stayed in private homes and would help patients with all areas of their lives: baths, feeding, dressing, medications, and helping them through the sleepless night and talking with them. My last patient was 94 years old. She had never been sick and never saw a doctor, not because she was poor, but because she did not see the need for them. She had an unfortunate accident and fell down her spiral staircase. She broke her hip and was just very unhappy. Her son, who lived in another city, could not come and take care of her. She had a full-time housekeeper, but she could not stay with her 24/7. So they hired three of us to help. She seemed to take a liking to me and would only have me stay with her at night. For over a year, I never slept in my own bed. I was 25 years old, married with two children to raise. I found that I could not put my feelings aside as some people can and had to change jobs. I have always taken care of family and friends. I moved to Hopewell, Virginia with my family. My mother-in-law came to live with us. She had terminal emphysema. We were told one year, but she and I struggled through hospital stays, bouts of pneumonia and infection for seven years. Even though she was confined to a wheelchair, we still went out. She went to movies, shopping, wrestling matches, and she loved it!! When I took her to the hospital the last time, they refused to let my husband and my brother-in-law in with her. She told them only her daughter could go in. For seven years they thought she was my mother. I guess I did a good job taking care of her. I had no regrets. In 2002, my second mother-in-law started getting ill a lot. I took care of her as I had my previous one, with love and compassion. She too past away from cancer. In 2004, my loving husband became ill with liver disease. He was ill for a long while. He had good weeks and months. Then he would go down hill and back up. Shands Hospital had told us he would need a liver transplant in four to five years. In 2006 in August, they said three to four years, and he was gone the next month. He really tried to fight it but the ammonia levels spread to his brain, and he was delusional. God spared him by taking him as quietly and as painlessly as possible. He went in his sleep as I had always told him he would. I have not had training since the 70's. I would only be of help with companionship, compassion, understanding, and as a good listener. 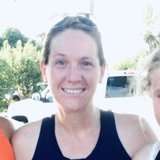 I have been a Registered Nurse for 21 years, with Med/Surg/Oncology experience, primarily Hospice case management/admissions/field work. I have been a stay at home mom for most of the last 18 years, working off and on for Good Shepherd Hospice and Chapters Healthcare (formerly Lifepath), the last time being approximately 5 years ago. I have 3 children, the youngest of them being 12 and am looking to get back out in the workforce now that they are older. Hospice/Senior care is what I love to do and hope to find a family who needs someone to help. 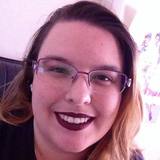 Avg response < 1 hrs
I had cared for a multiple elderly woman. Doing transportation, light cleaning, and cooking. I am CNA certified. 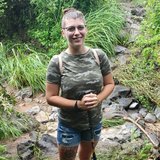 Hope Your Having A Blessed Day

My name is Morgan and I have been on the health care field since 2012. I am passionate about my work, I am very ambitious and driven. I am highly organized, I am a people person and I am a natural leader. I am results oriented and am excellent communicator. I am CNA, CPR, First-aid, Alzheimer's and Dementia Certified. 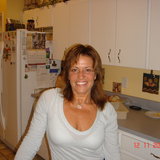 Avg response < 1 hrs
I have cared for many seniors, including family of my own, I have always had a passion for helping people in need. I have a great sense of humor, and a great bedside manner. I enjoy taking them places that they enjoy going, or something more simple as to just reading to them. Whatever their needs are I will do my best to fulfill them. My dad just recently passed on and I had him laughing in his last day with us. He always said I should pursue taking care of the elderly, and he was right. 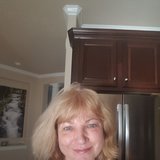 Have cared for my mother and several others with Alzheimers. Can make conversation, sing songs, do pill reminders, fix meals, encourage water consumption, help with dressing, ambulation, showers, walks, transfers,... Can do dishes and vacume or sweep. Like sweet people who need someone like their daughter or son. 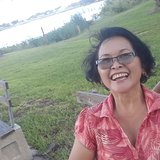 Avg response < 2 hrs
I had experienced taking care of my Mother for more than 20 years, who died at the age of 99. I am fond of conversing to older people, hearing their stories though sometimes it repeats.. l love reading books and bible passages. My hobby is sewing, crafts, cooking and gardening. I love pets, I have my white with blue eye cat. 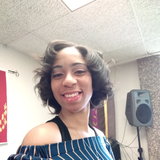 Looking For Full-Time, Part-Time, Temporary Positions Working With All Ages.

Provide Companion Care, Personal Care, 1 Hour Shower Visits, HHA Care, Housekeeping And Meal Prep. Guardian Angel Care Is Here To Help In Your Time Of Need. I have been working as a PCA, HHA, and CNA for over 12 years. I have experience working in Nursing homes, Assisted Living Facilities and Home care agencies. I am very passionate about our senior community and treat my clients like family.