A new job is posted every minute on Care.com -don't miss out! 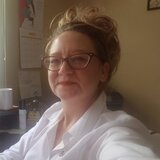 House Cleaner For My Parents - Searching for a great house clean...

Full Time • $10 – 15/hr • Starts 09/08 • Greensburg, PA
Searching for a great house cleaner. Bathroom Cleaning Vacuuming and/or mopping Kitchen Cleaning Dusting General Room Cleaning My mother is recovering from surgery, so we are looking for weekly light cleaning. Must be vaccinated, and wear a mask when in the same room as her, she is recovering from a respiratory infection. Thank you. 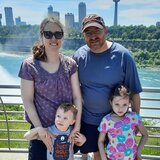 Seeking A Potential Babysitter Or Nanny - Hello! My family and I...

Full Time • $15 – 15/hr • Starts 09/07 • Greensburg, PA
Hello! My family and I recently moved to Greensburg. We have a 4-year-old son and an 8-year-old daughter. We currently have my son at a daycare center and my 8-year-old is set to start 3rd grade. We are worried about the increase in covid infections and the high transmission rate of the Delta variant. Even more concerning is the lack of a mask mandate and the fact that most people don't voluntarily wear a mask. Nobody except my son wears a mask at daycare, and I'm told not to expect many of my daughter's classmates to be wearing a mask. Because of this, we are considering keeping both kids at home until they can be vaccinated and/or the infection rate starts to go in the other direction. We are open to a nanny in our home or a babysitting arrangement in your home if it's not too far. Please message me to discuss details. 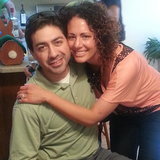 Babysitter/Nanny Needed For 3 Children - Hello - we are looking...

Full Time • $10 – 15/hr • Starts 09/13 • Greensburg, PA
Hello - we are looking for a part time sitter/nanny to help 2-3 days a week (weekdays - approx. 8 a.m. - 3/4pm) with our three girls (4, 3, 1). We would love to start a LTR with the right person. We have the days needed scheduled a month ahead with our work schedules. Several days a week the two older ones will be in pre-k for the 1st half of the day, and that would only leave the 1-year-old at home. Dad works from home regularly but out of sight. We are looking for someone close to Greensburg, that is experienced, trustworthy, and outgoing to keep the kids engaged as needed. CPR/1st Aid preferred (or willing to attain it). Also would request references. Some light tidying up would be part of our caregiver's responsibilities. We do have one special golden retriever as well. Thank you & reach out with any questions.

Full Time • $20 – 39/hr • Starts 09/12 • Greensburg, PA
About who needs care: My Grandfather Russell has dementia borderline Alzheimer's. His care is mostly listening, and bathing him. Other care would be tending to sores, getting him to take his pills, and memory care. Russell is a stubborn man, but very sweet and funny. He has kidney failure, has had gut surgery diverticulitis, has had knee surgery but can still walk with a cane (which most days he refuses to use or thinks he can walk without it), he has fallen and has VERY FRAGILE skin it tears extremely easily, even from leaning on walls. He is in heart failure due to his age and heart attack when he was in his 60s, as well as can be aggressive and mean at his stage of dementia. He has gotten violent once and has been known to be grabby towards women. His dementia has degraded his memory, most days he doesn't know what has happened in his life, where he is, who is family is, what he looks like or even how to cook for himself. With cooking for himself he will say he can but he has set the kitchen on fire and tried to eat chemicals. His normal day is a day by day basis but he will awake from about 6:30 am; get a cup of coffee, eat, take his pills and put in his hearing aids with someone to talk to. At some point he falls asleep again but wakes up and needs some reassurance he is home, he will sit on our front porch for a long time. Then get some lunch and chats some more. If he needs a shower get a shower (preferably in the morning but he doesn't like to take one too early). He would need assistance with showering and cleaning himself he does wear a diaper. Maybe go for a drive at some point which he will fall asleep on, driving around south greensburg to jog his memory. Later sitting outside again on the porch; at this point an aid may leave but the rest of his day would be to have dinner. Then watching western movies in his TV room and fall asleep. Then to go lay down in his bed and rest for the most part of the night. Russell always gets up and down through out the whole night, he never sleeps more than 1-3 hours straight. Russels hobbies are few and far between with his mind but they use to include: walks, sports, watching western movies and sports, reading the news paper, fishing, joking around and organizing his home. Most of which have been dropped due to his physical and mental capacity. We are preferably looking for a women to care for him, he doesn't respond well to men but anything would be great! Another factor that should be known is Matthew his son and I Margaret his granddaughter live with him full time. I am going to college and Matt is retired, however Matt has had a stroke and is not quite capable of aiding to Russell. He believes he is but to have another person would be helpful. His stroke as affected his emotional and processing region of his brain, he knows how to care and is himself. Matt just doesn't know how to be patient and kind with his father. If you are interested please contact us ASAP. About the care needs: A sweet personality and someone who is very interactive. He likes the quiet at times but ultimately likes someone who will talk and listen to him. Some specialized skills would be bathing, care of sores, an understanding or experience with dementia, even wrapping with gauze his legs swell and need wrapped occasionally. Services needed include: companionship, feeding, and bathing / dressing.

Full Time • $15 – 30/hr • Starts 09/06 • Greensburg, PA
About who needs care: Shes bound to a wheelchair after a stroke. She also has arthritis About the care needs: She needs help with the bathroom so someone who would be able to lift her is most important. A sweet disposition would match hers. Services needed include: transportation, meal preparation, errands / shopping, light housekeeping, companionship, feeding, bathing / dressing, and mobility assistance.

Nanny Needed For My Children In Greensburg. - I need some help m...

Full Time • $14 – 14/hr • Starts 09/16 • Greensburg, PA
I need some help mornings getting my girls on the bus and evenings getting off the bus and homework, dinner, and a possible activity. My girls are friendly, kind and energetic. . Additional needs include light housekeeping, a non-smoker, having a reliable car. We could use help with structuring activities and homework or curriculum assistance. My schedule may vary.

Nanny Needed For My Children In Greensburg. - We need a nanny fo...

Nanny Needed For My Children In Greensburg. - 3 cats in the home...

Babysitter Needed For My Children In Greensburg. - Easy going lo...

One Time • $10 – 15/hr • Starts 09/18 • Greensburg, PA
Easy going loving family. Kids are into online gaming. We have to medium size dogs. Additional needs include light housekeeping, a non-smoker, being comfortable with pets, having a reliable car.