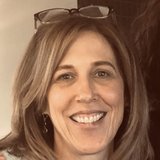 I would be happy to help with errands, do light housekeeping, laundry, organize, be a companion to an older person who needs assistance (read, play cards, chat, help dress, take shopping. I am available after 5 p.m. Monday through Friday and on weekends. 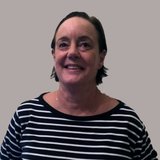 Avg response < 10 hrs
I enjoy being with people and hearing about their life experiences and learning about their current problems. I have been very active in my community and with non-profit work and have lived here all my life. As a result, I have a breadth of knowledge of this area. I am nearing the early part of senior status and therefore can relate better with my clients. I owned a flower shop for many years, until we had children. Once our children grew up, I needed a new focus in life. I choose elder care. I have done this work professionally with another local care agency for several years. I have also fostered dogs and hundreds of puppies through the DE Humane Society, so I am very comfortable with pets. 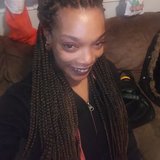 Ive Have Numerous Jobs In My Life But Now I'm A Home Health Aide & I Also Clean for Movies Overnight Looking For Something Different.Fun Funny Amazing Companion. 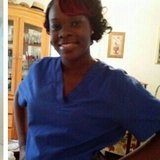 Hello My name is Korto and I am 23 years old. I am a Certified Nursing Assistant currently enrolled in college to obtain my Associate Degree to become an Occupational Therapy Assistant. It is My Passion to take care of others to the best of my Abilities and provide good quality care I love what I do. My Experience With seniors I have work in Nursing Homes long term care, Special needs, HHA and also Alzheimer unit taking care of My residents with the activities of daily living Perform personal care tasks; hygiene, ambulation, eating, dressing, toileting and shaving talking with my clients, providing them with companionship while participating in resident activities as well and transportation. 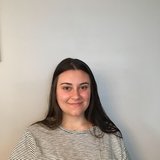 Hello! My name is Jessica and I am 20 years old. I am currently a junior at the University of the Sciences, however I am in their 6 year program of a Doctorate of Occupational Therapy degree. Within the program, I am actually considered to be in my first year of graduate school. Due to this, I am going on fieldwork and soon rotations. This summer I want to have a meaningful job. I would be extremely grateful to be able to spend time with a companion for seniors. I would be able to use the knowledge that I have learned in OT school and gain even more knowledge with a real life experience. I have volunteered many times at the Rockland Place in Delaware. I am also BLS CPR certified, background checked, and up to date on vaccines. It would be very exciting to spend quality time with someone and hopefully make their day a little brighter. 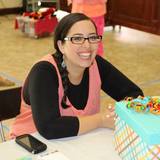 A Loving And Experienced Companion

Where do I start! I have been spending time with the elderly since I was a kid. My mother, who works in rehab, noticed that I needed to do some, "volunteering" when I was in middle and high school, and suggested I come to one of the locations that she worked in. I went and originally sang for the residents, and then spent time with them- I was blown away. I decided to continue this practice, spending as much time as I could with them, learning from them, helping them in whatever way I could. I became even more motivated to do so the older my grandparents got. They both ended up needing care, and I was so thankful to the people who provided it- I knew I wanted and needed to do so as well. The relationship is symbiotic- yes, I am helping care for someone or offering them companionship. But more often than not, they contribute to my life as well with every interaction. 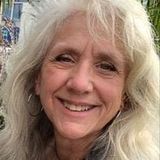 Avg response < 1 hrs
I have spent 10 years assisting then caring for my parents each with individual challenges from stroke disabilities to dementia, as well as nursing home advocate. I enjoy and respect seniors and what they can offer through their experiences in life. People want to be heard, listened to and share their experiences. Listening is an art and a very important part of communication especially at this phase of a persons life when most people around seniors are so busy and many are very lonely.

I have experience being a companion to seniors in a hospice setting in addition to regular companionship. Each person has a story to share and I enjoy listening as well as "walking down memory lane" with clients who enjoy creating a scrap-book or looking through photo albums. I also enjoy playing cards or board games and listening to their favorite music and am willing to hear other options from you. 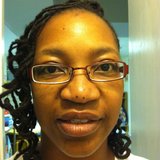 I am a caring, loving and patient caregiver. I was a Nursing Assistant for 3 1/2 years before becoming a teacher. I have CPR, First Aid and Medication Dispensing Training. I enjoy assisting, learning from and talking with elderly people. They have wisdom and insight. I love listening to their stories and adventures of their lives.

I Am A Part Time Caregiver/Companion For The Elderly And Some Young With Physical Injuries.

I worked for a senior care for several years and I have had a lot of different illness and injuries. I enjoy talking with them and taking them out for their errands. I do house work and can just be there for someone in need of a friend. Thank You Darlene