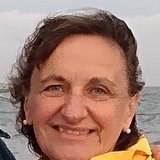 I came to love foreign languages as a child where I grew up in a Polish-ethnic neighborhood of Cleveland, Ohio. I spoke Italian to my mother and Polish to my father. My childhood girlfriend who spoke French at home convinced me to major in French and minor in Spanish. My speaking skills were polished by studying Spanish one summer at ITESM in Monterrey, Mexico and the next summer at the University of Madrid, interspersed with a year of French at the Sorbonne. I served as an Army Officer in the Intelligence Branch extensively using my languages in-country. My foreign language teaching was mingled with my Army, government career and foreign travel over a period of 30 years. I taught French, Italian and Spanish to a variety of students from home-schooling to college level. Upon completion the students successfully read, wrote and conversed in the basic language. Having retired as an Army Attache and raised 3 children, I would like to devote my time to tutoring French, Spanish or Italian. 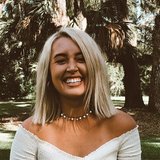 I am a current grad student at George Washington University, pursuing my master's in International Education. I have extensive experience in both child care and tutoring. I have tutored on and off since I was a freshman in high school (with my favorite subjects being middle school math) and I have babysat on and off since then as well. I co-taught in a fourth grad class room when I was 18, I led a girl-empowerment after-school club my senior year in high school and I co-taught once again soon after graduating college, this time teaching English to Italian middle school students in Milan, Italy. I am passionate about education and I am firm in my belief how important it is to have an enriching and exciting learning environment in these unprecedented times.