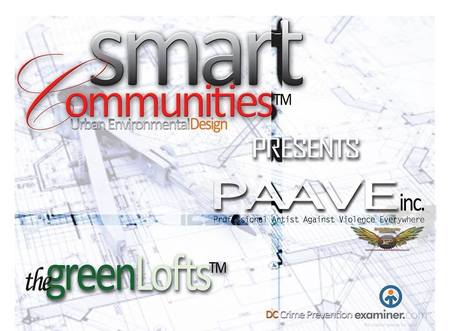 1 2
In 1988, Yusuf began volunteering with ACT NOW! (a government - funded, nonprofit community after-school program) - designed to offer free and public accessibility to basic educational learning through mentoring and peer - tutoring either during or after-school time. As a community youth education counselor, Yusuf was charged with facilitating curriculum-based education and learning materials to assist 8 to 16 year olds with basic reading (comprehension), math and science.

In 1990, Yusuf joined the Anti-Graffiti/Anti-Violence Network - now known as the Mural Arts Program (MAP), to help alleviate crime and violence in Philadelphia and surrounding counties, beautifying the city, landscape and communities existing structures throughout the entire Delaware Valley. That same year, Yusuf's focus began to shift some, as the War on Drugs, AIDS and HIV epidemics skyrocketed - had diminished entire communities across the country, especially clusters of low income - undeserved communities where adequate information, resources, assistance and services weren't as available today - which ultimately led Yusuf to an internship with YOACAP or Youth Outreach Adolescent Awareness Program. YOACAP's mission; to enhance the quality of life and health through grassroots - community-based - culturally competent intervention projects within the Department of Parks and Recreation and Public School System producing (theater skits, plays, events, fundraisers, social dramatizations and re-enactments), depicting the harsh effects an realities of irresponsible behaviors. In turn, Yusuf eventually founded a children's art program, a program partner of the Urban Affairs Coalition 501c-3 organization in Philadelphia in 2006, as its Executive Arts/ Media and Cultural Director.

In 2008, Yusuf wanted to expand on his new found integrative research, where he developed a partnership with the Mayor's Office of Cultural Arts in Wilmington DE which sought to offer youth (8 to 12 year old) from the William Anderson "Hicks" Recreation Center, an opportunity to experience Social Impact Arts Programming at The Grand Opera House.

In 2012, Yusuf humbly receives an invitation to perform visual works of Arts, alongside 1000 Artists with a holistic approach to documenting the 2012 Presidential Inauguration at the National Mall in Washington DC.

Care.com has not verified this business license. We strongly encourage you to contact this provider directly or state licensing department to verify their license, qualifications, and credentials.
The Care.com Safety Center has many resources and tools to assist you in verifying and evaluating potential care providers.
Program Details

Club Z! In-Home and Online Tutoring Services of Bethesda
6701 Democracy Blvd Suite 300
Bethesda, MD 20817
Share my information with the selected business so they may contact me. I understand this information will be subject to the business' privacy policy.
Request Information