A new job is posted every minute on Care.com - don't miss out! 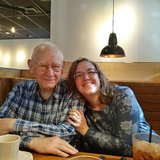 Full Time
My Dad has end stage Alzheimer's. But he is still mobile. Can use the bathroom himself still, but can have accidents while sleeping. We just would like someone to sit in the bedroom with him because during the night he gets up and he makes the bed and then he lays on top of it and then he gets up and he undresses and he gets in the bed, then he gets up again and makes the bed and lays on top of it. This is what he does all night long. Which is fine, except when he fell and hit his head once. So we just want someone there to make sure he doesn't fall, but allow him to do what he wants. Sometimes he actually sleeps through the night, it depends on the Moon's phase I guess you would say LOL. 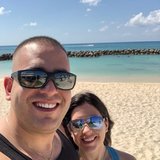 Full Time
Seeking a non-smoking, reliable, caring and experienced sitter to watch our 1-year-old on the occasional date nights and some help in September after baby number two is born. Must be CPR and first aid certified as well as a clean driving record. We also have one super friendly dog who would need to be let outside on her own. No housekeeping or cooking needed. References required. 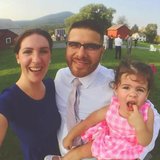 Looking For A Date Night Sitter For 1 Child

One Time
Date night jobs are for approximately 4 hours on a specific night, and pay a pre-selected flat rate. Here's what this family is looking for: I need a babysitter to hangout and make sure my daughter is safe while she sleeps. I have 2 small friendly dachshunds to keep you company. Looking from 730 to 1130. Will pay more