10 amazing benefits of pregnancy and motherhood, according to science Skip to content 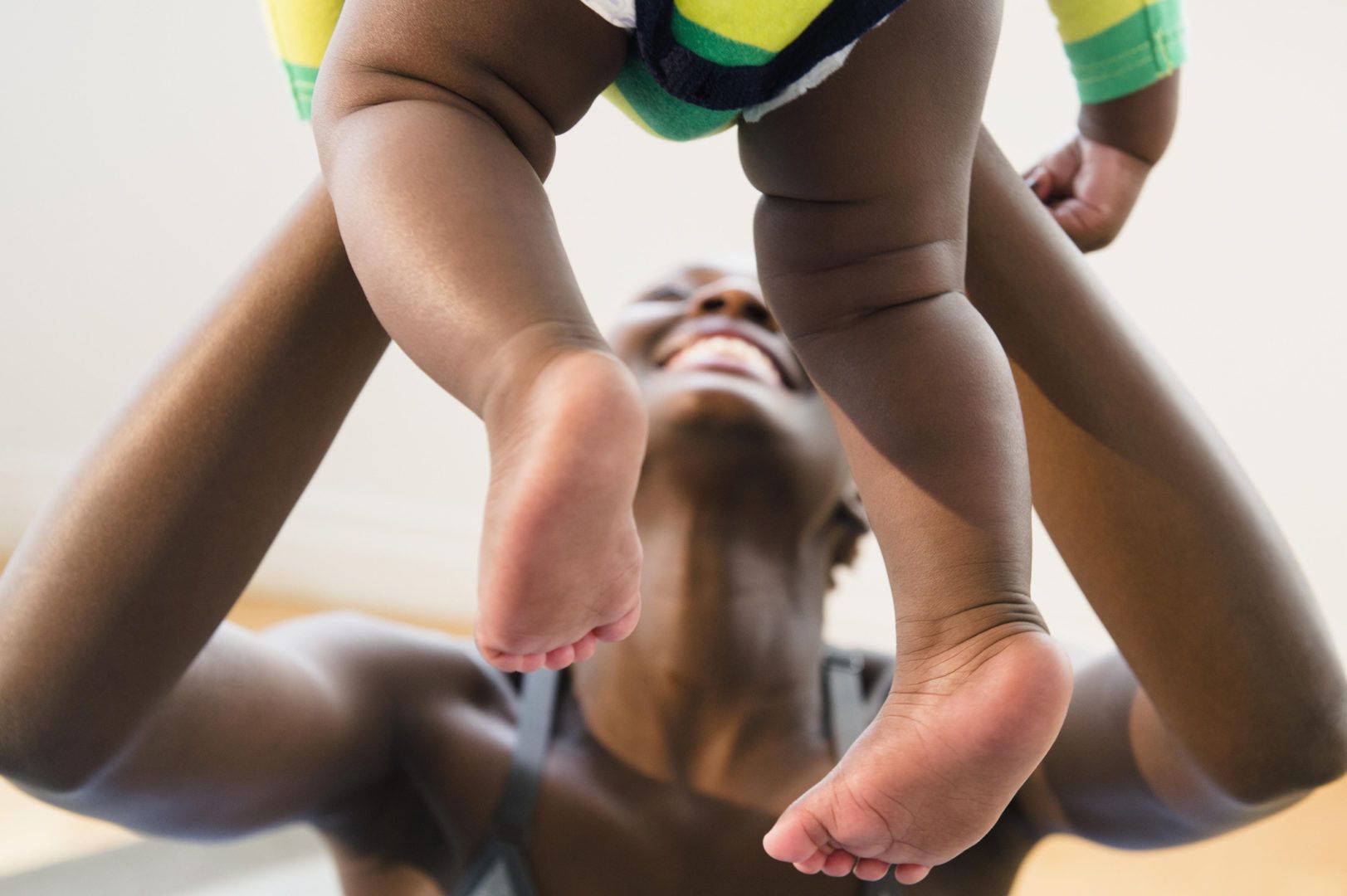 Kids, man. Some days it feels like they just might kill you. But here’s a secret: They’re probably doing the opposite. Despite the decrease in sleep, time and money parents tend to experience after having kids, a number of studies indicate that people can reap a number of physical and emotional benefits from both pregnancy and motherhood.

“The fact is, pregnancy is one of the biggest ‘stress tests’ the female body endures on the cardiometabolic systems,” says Dr. Felice Gersh, a board-certified OB-GYN in Irvine, California. “But women who have had a pregnancy that’s led to the delivery of a baby very well may be acquiring a lifetime of health benefits, including a reduced risk of a number of cancers.”

According to Ruthie Arbit, a Washington, D.C.-based psychotherapist who specializes in maternal and pediatric mental health, the benefits of motherhood are psychological, too. “For many moms, parenting is a watershed moment,” she says. “Having a baby affects everyone differently, and the changes aren’t all for the better, but parents often find themselves fulfilled in a way they never were before.”

Feel like you became a superhero once you became a mom? It’s not in your head. Here are 10 science- and real mom-backed ways motherhood makes you even better.

According to Gersh, one of the biggest health benefits to women who have given birth is a lowered lifetime risk of developing breast cancer.

“The younger a woman is with her first pregnancy, the greater the benefit,” she says. “When women have had pregnancies that have led to birth earlier on in life, it can affect the differentiation of mammary cells, causing them to become less susceptible to carcinogenesis.”

On the flip side, being an older mom comes with cancer-fighting benefits, too.

“Women who have babies at an older age significantly reduce their risk of developing ovarian cancer,” says Gersh.

One study found a 16% lower risk of ovarian cancer for every five-year increase in a woman’s age the first time she gave birth. A possible reason for the connection is when women are pregnant, their progesterone levels increase, which triggers certain cells to self-destruct. Since older women have accumulated more damage to cells lining the ovaries, a later first pregnancy may “clear” more damaging cells.

And finally, while your sanity may decrease with each child you have, so will your risk of a type of uterine cancer.

“A woman’s risk of developing endometrial carcinoma, which is the most common type of uterine cancer, decreases with an increasing number of full-term pregnancies,” says Gersh.

Researchers are still examining the connection between a lower uterine cancer risk and multiple pregnancies.

While it may feel like the key to a long life is multiple child-free vacations per year (as opposed to daily piles of laundry), there is definitely a connection between bearing children and living a longer life, according to Gersh.

A 2017 study involving 1.5 million Swedes found that people with one or more child (regardless of sex) tend to outlive their child-free counterparts. Researchers couldn’t pinpoint an exact reason, but it was speculated that the social support that comes from having children plays a significant role. Parents can think of it as a small “thank you” for years of driving all over creation for activities and sports.

Parents who breastfeed may reap additional health benefits, one being a reduced risk of developing breast cancer — but the buck doesn’t stop there.

“Another breastfeeding benefit few know of is a reduced risk of stroke during the postmenopausal years,” says Gersh. “And the longer a woman breastfeeds, the lower her risk. Even breastfeeding one baby for one to six months lowers her risk by 19%.”

Additionally, according to Gersh, breastfeeding may lower the risk of developing Type 2 diabetes, hypertension and heart problems.

Maybe it’s because moms, in a sense, live on borrowed time (show us a mom who hasn’t answered emails, folded laundry, made dinner and rearranged her spice rank during her baby’s hour-long nap), but it’s been proven that women become more productive once they give birth.

A highly specific 2014 study of academic economists found that mothers and fathers in the field were both more productive than their childless counterparts — and the more kids for moms, the more efficient they proved to be.

Guess what? Mommy brain, the oft-cited term when a mother forgets something, is real — but it’s actually fantastic. Research has found that having kids makes womens’ brains bigger in certain areas, particularly those related to motivation, reward and emotion processing and reasoning and judgment. A pretty good compensation for occasionally leaving the keys in the fridge.

“Motherhood looks different for everyone, but in my practice, I’ve heard many people comment how they’ve had increased creativity, lateral thinking, higher emotional intelligence and more stamina and efficiency at the workplace since having kids,” says Arbit.

For women who have been critical of their body in the past, pregnancy, childbirth, breastfeeding and motherhood in general may be an opportunity to reconcile and/or reframe some of these thoughts and feelings.

“I was always double-checking my butt in the mirror before going out or trying to find the most slimming swimsuit before I had kids,” says mom of two Mary Ingraham, of Syracuse, New York. “After having my first child, I stopped caring so much, and it was liberating. I was completely amazed at what my body was capable of doing. Now, the only criteria for my swimsuit is: It has to stay on when I go down the waterslide!”

Ask any mom or mom-to-be and she’ll tell you: Pregnancy, childbirth and parenthood are an incredibly vulnerable time in a person’s life. And while it can feel uncomfortable and foreign at times, it’s actually a good thing, because for some women, it makes them more vulnerable with others. (Shout out to Brené Brown.)

“Having kids brought me closer to a lot of people,” says mom of three Jaclyn Santos, of Hazlet, New Jersey. “I’m more open and honest with my friends and my sister, and we’ve all realized that most of us are going through similar things as parents. I feel good being completely transparent, and I’m not sure I did that before having kids.”

A small token of appreciation from Mother Nature for giving birth? Easier periods, for some. Everyone is different, but the Cleveland Clinic reports that women with endometriosis or a history of painful periods “may have easier periods at first after your baby is born” because pregnancy and childbirth stretch the uterus, dilate the cervix and release hormones that relax uterine muscles.

And nursing moms can enjoy a few extra months of no period whatsoever, because fully breastfeeding delays menstruation in most cases.

“I honestly think my favorite part of breastfeeding was not getting my period,” says mom of one Lisa Thompson, of Springfield, New Jersey. “When I finally got it, I had almost completely forgotten about periods altogether.”

Once upon a time, you may have had a plan and stuck to it. But when you throw a kid into the mix, that all changes. While frustrating at times, learning to be flexible is good because things happen. There’s a good chance that becoming a parent, in all its messy, unpredictable glory, is making you more go-with-the-flow in every facet of your life.

“Most parents have no choice but to learn to be flexible,” says Arbit. “Flexibility is key when you’re learning to navigate the myriad of ways that things change on a dime — personally, professionally, with kids developmentally and with marriage. Having flexibility and embracing the fact that things don’t always go as planned is so helpful when you’re navigating the huge transition to parenting.”

And, dare we say, it’s also helpful to life in general.

While the daily grind of wiping noses and serving chicken nuggets can feel like a bit of a slog sometimes, parents may be deriving more joy — or at least more meaning — out of life than people without kids. A 2012 study found that parents who were married and were older were associated with more “happiness and meaning” than people without children. (The study didn’t find the same to be true for single or very young parents.)

There’s no denying that parents, perhaps even on a daily basis, experience a vast set of emotions directly or indirectly related to their children, and, quite possibly, this cacophony of feelings contributes to them connecting with something bigger than themselves in an almost visceral way.

“Plenty of parents I speak with feel more burned out than ever, with less patience, a loss of self, increased rigidity and overwhelm,” says Arbit. “On the flip side, though, many report feeling full of infinite love, more creative, more patient, more relaxed, more flexible, even more giggly. I would guess that the majority of moms find themselves experiencing some combination of all of these things, which can lead to growth in some beautiful ways.” 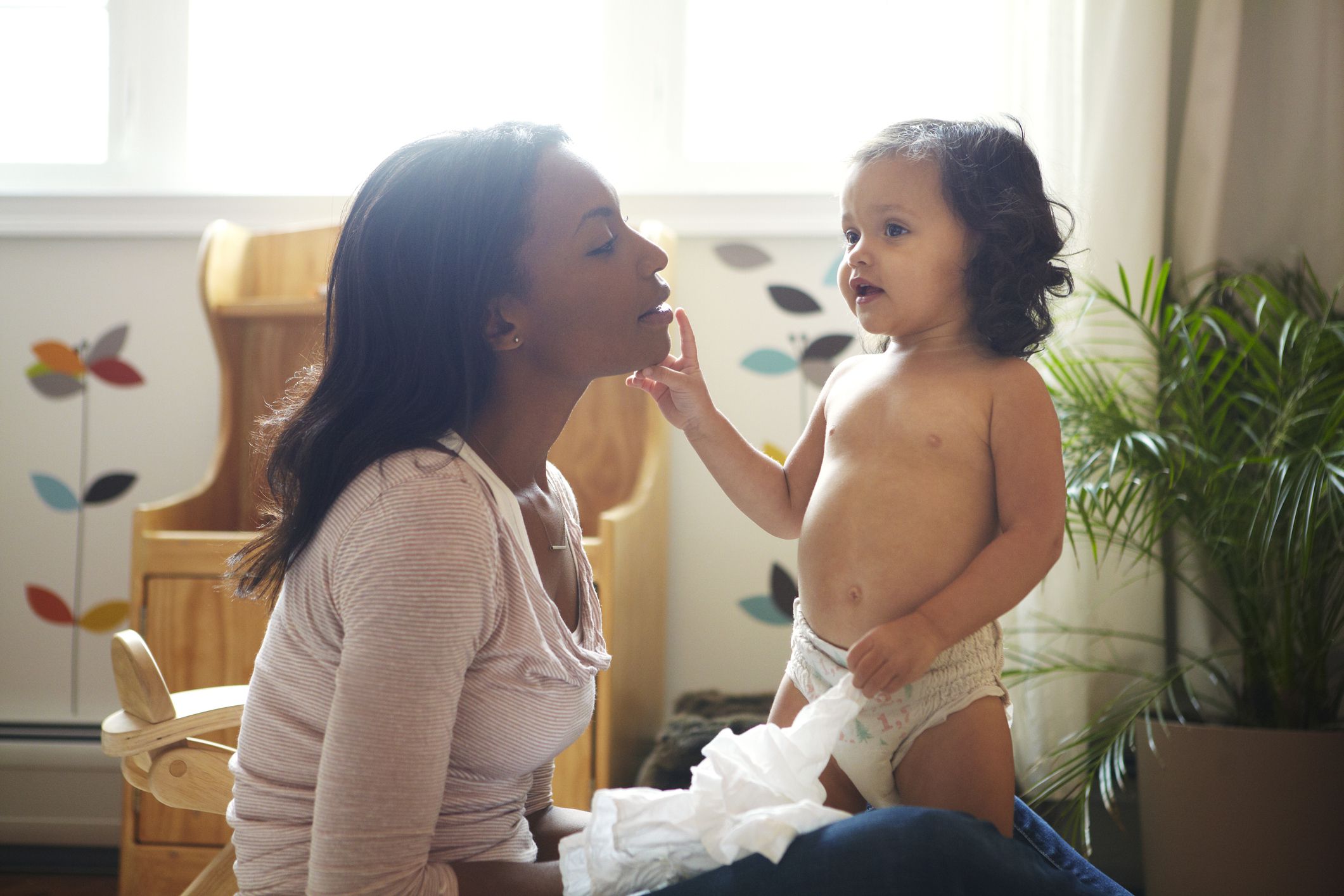 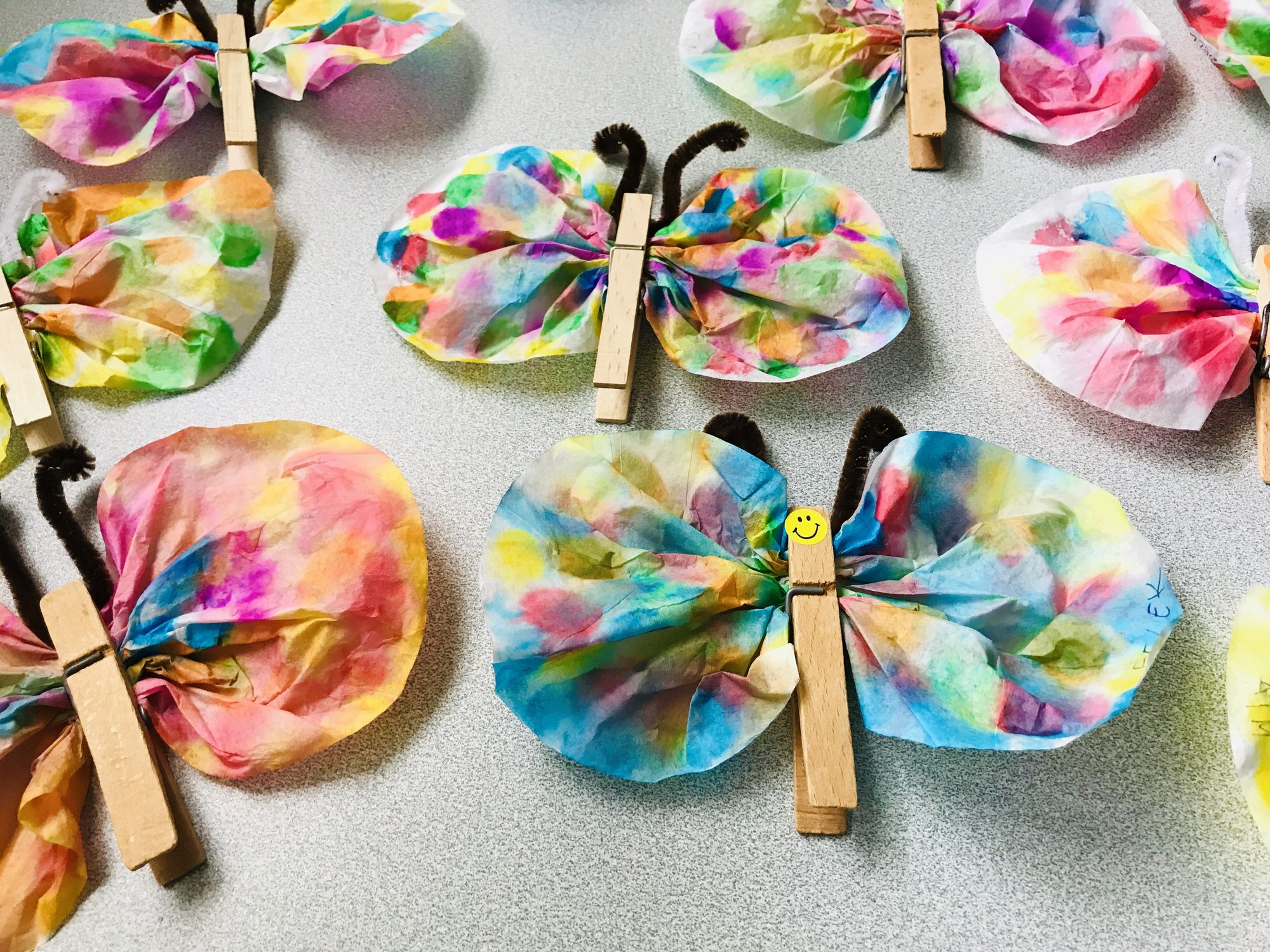 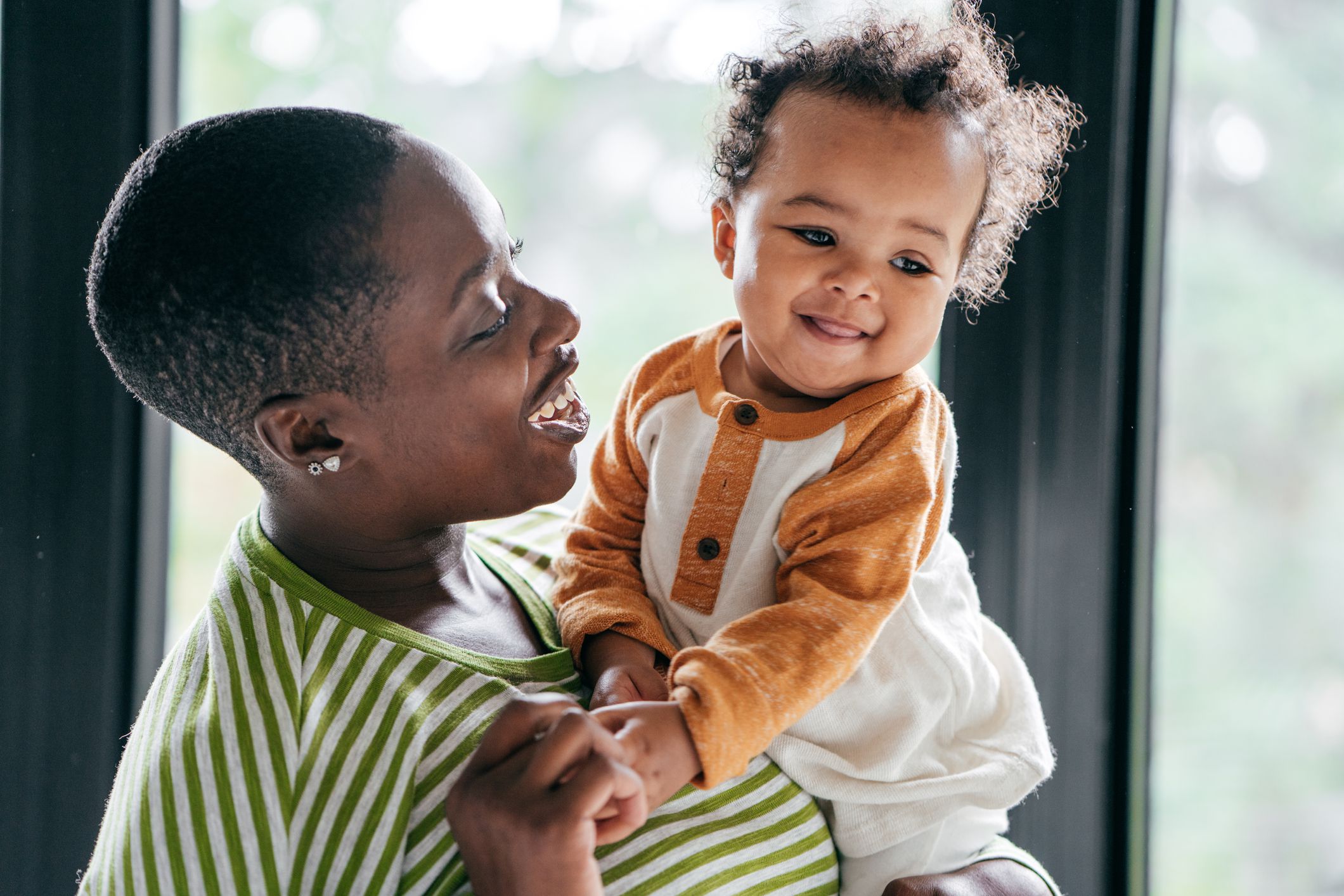 Child care safety checklist: What information to provide in case of emergency 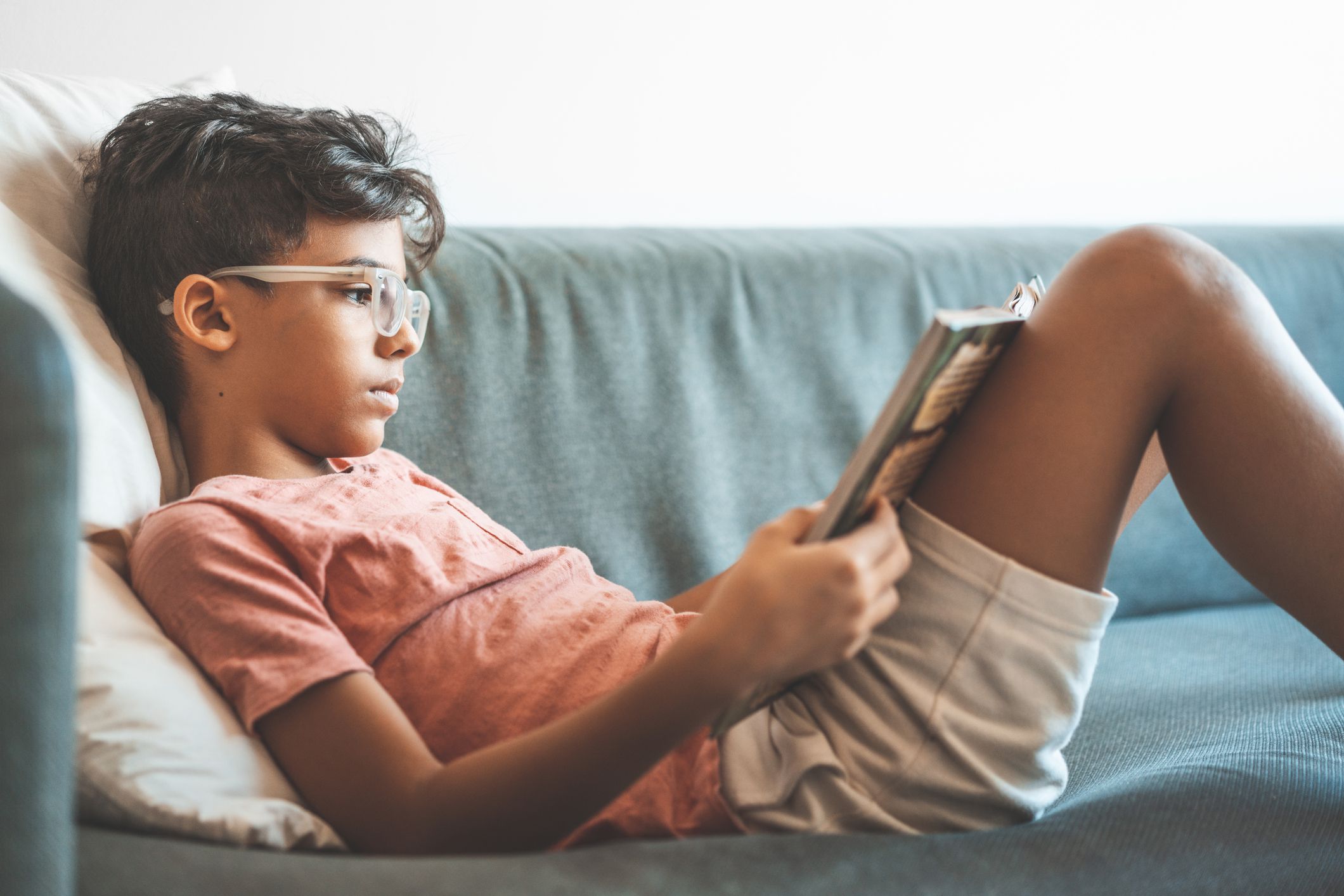 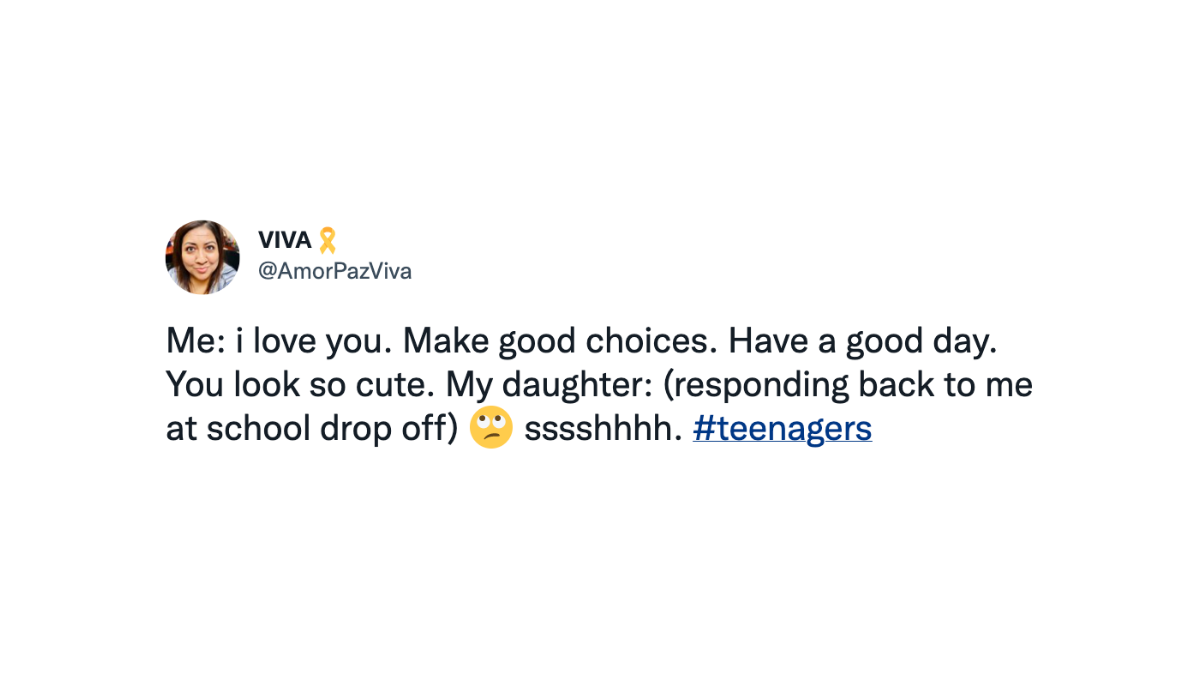