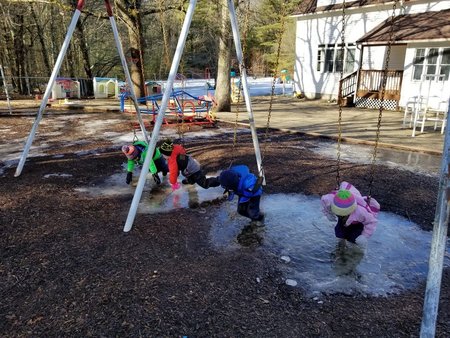 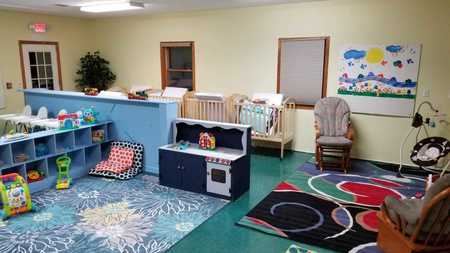 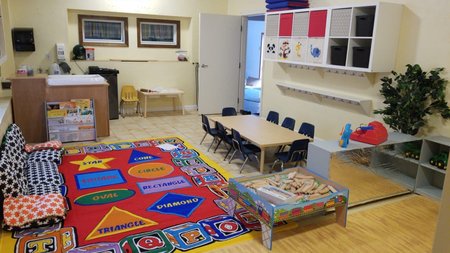 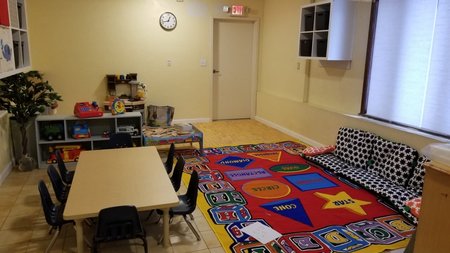 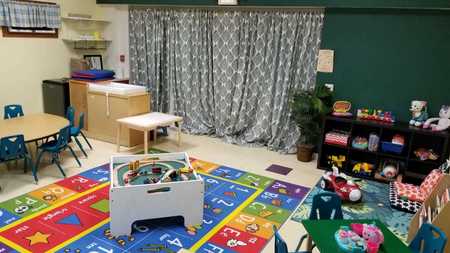 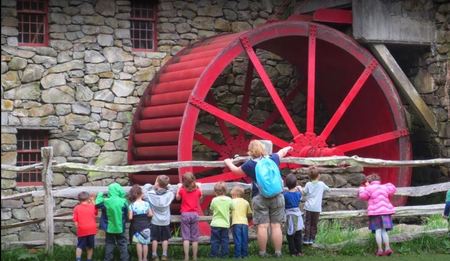 1 2 3 4 5 6
WoodsEdge Children's Center has re-opened on June 29! This summer, WoodEdge has re-opened under strict EEC guidelines to ensure to the safety of our children. In addition, we have reorganized and refreshed our classrooms!

WoodsEdge will be integrated with art, music and foreign language. WoodsEdge is surrounded by nature, plenty of open spaces, and 3 playgrounds for children to engaged physical activities. We also have farm animals and a community garden to teach responsibilities.

We are currently accepting applications.
In business since: 1997
Total Employees: 2-10

State license status: RENEWAL IN PROGRESS (Care.com verified on 9/14/2022)
This business has met Massachusetts's initial licensing requirements. They're considered RENEWAL IN PROGRESS for a 6-12 month period to ensure they remain compliant before being granted a full license. For the most up-to-date status and inspection reports, please view this provider's profile on Massachusetts's licensing website.
Licensing requirements typically include:

Anonymous
★★★★★
★★★★★
All, and any positive reviews you come across are from the previous owners. Do Not Send Your Child Here! They aren't concerned for the well being of your child, and they can't hold onto teachers long. They're also constantly coming under the microscope of the Department of Early Education.

Amanda S
★★★★★
★★★★★
The Director's who "run" this place are greedy, impertinent, and have poor business ethics. Stay away. I should have left months ago, when they were more concerned with us signing a "legal liability document that we will not sue" after my child busted her lip open in the classroom from falling on a bookshelf, more than for her well being . Now I understand children can be clumsy, and my LO, who's now 2.5, was a trooper at the ER with her stitches, but all the Directors cared about was us signing that waiver. It was her Teacher at the time ( as there has been many since then due to the extremely high turnover of staff) who texted and reached out. I understand covering one's self for Liability, but pretend to care at least to save face. The constant turnover of staff and teachers here is insane ! That alone should make people weary. All of the teachers I've met thus far are wonderful and work with what they have (mostly old and dirty low budget toys to barely stimulate your child), but they smarten up pretty quickly and realize the ill mannered, and disorganized Directors are not worth their time. After a year of giving it a solid try, we decided it was time to switch so we gave notice. I paid for the month of August on the 1st, I also let them know my daughter wouldn't be there that week because we had covid. They didn't respond with a feel better, or a generic how is she doing . They got their money, what do they care, right. August 2nd I told them this would be my daughters last month. 2 Days later they wrote an email back with a generic wish us well ( tbh that's big of them to acknowledge us well, and a first) but that they won't giving me back the security deposit of $850, as my child's last day would be 7 business days short of being there a year. Let me repeat, A place that claims it's a not for profit, is keeping $850. Cool story, but like for what are you keeping the deposit for? Certainly not to buy better toys, or keep consistent staff there for more than a month. I've never been late for a payment, not once , and they were keeping it because my child had not been attending their daycare for 7 days more to Equate to an entire year, since she would be starting elsewhere on September 1st. The irony that I was told she wouldn't qualify for a years care while she was out for week with covid doesn't go unnoticed. I don't imagine this business being around for a long time because the directors lack integrity, have poor communication skills, and just don't actually care at the end of the day. I, like most parents, want my child surrounded by leaders who actually care, and don't see dollar signs all the time. There's much better options of daycares, and this one shouldn't be in the business of educating children. You don't need a PHD (which one of their director constantly pats themselves on the back for) to see this place won't make it much longer, and can't keep long term employees as they treat their staff poorly.

Eric Z
★★★★★
★★★★★
Woodsedge has been absolutely wonderful. Our daughter just transitioned into the toddler room, and had such a positive experience while in the infants.

Her teachers always provide us with great communication. We love getting the daily reports through the Tadpoles app, and the pictures they send make our day! They always make a point to tell us about her day at pick up, and do a great job letting us know what she needs for school.

Most importantly, Our daughter is happy to be at Woodesdge. She walks herself up the stairs every morning, and always has a smile for her teachers. She's made friends in class, and says their names all the time at home!

Woodsedge has gone through a lot of transitions recently, but we are happier than ever. We highly recommend it to any parents in search of care for their little one.
Tell us about...
Join free to contact this business
Already a member? Sign in
The email address on your Facebook account does not match your Care.com account. Please log in with your Care.com credentials and link the accounts in the 'My Profile & Settings' page.
or
You're all set!
Child Care / Preschools / Preschools in Sudbury, MA / WoodsEdge Children's Center
Join free today
Sign up now! It only takes a few minutes.
Let's go
I'd like to...
Find care Apply to care jobs
Who needs care?
My kids My parents My pets My household
What type of ?
Babysitter Nanny Daycare center Special needs Tutoring and lessons Date night After school I'm not exactly sure
Pet sitter Dog walker Pet day care Boarding/kenneling Groomer Veterinarian
Housekeeper Cleaning agency House sitter Personal assistant
In-home care Transportation Errands Retirement facility Dementia care Companion care
When do you need ?
Right now Within a week Within a month or two Just browsing
What services do you offer?
Babysitting and nannying Special needs care Tutoring or private lessons Center-based child care Senior care Housekeeping In-home child care Pet care Errands and house sitting
What best describes you?
Individual Small business
Last, but not least...
Fill in the blanks to create your account.
Thanks—you're almost there.
Create your login below.
Already a member? Sign in
Not looking for ? Go back