At Care.com, we realize that cost of care is a big consideration for families. That's why we are offering an estimate which is based on an average of known rates charged by similar businesses in the area. For actual rates, contact the business directly.
ABOUT THE BUSINESS 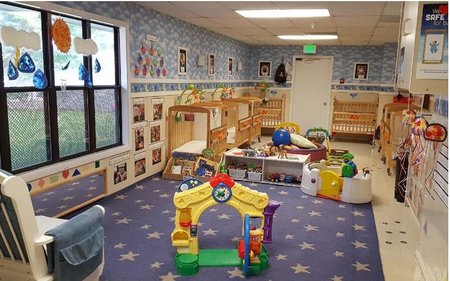 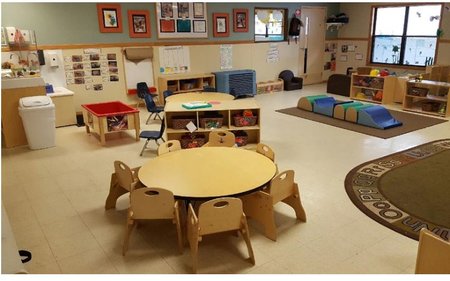 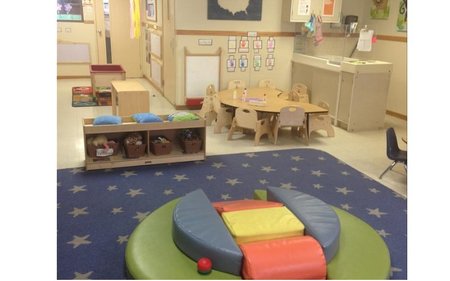 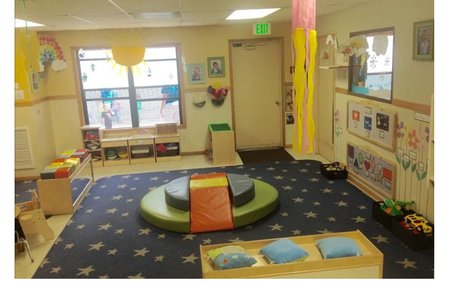 Welcome to the Silverdale KinderCare Learning Center!We are very excited to meet with you and your family. We place a strong emphasis on assisting your child's growth with their physical, intellectual, language, emotional, and social development. Experts designed our spacious classrooms, comprehensive curriculum, and developmentally appropriate activities to help prepare your child for success in school and beyond. Our classrooms feature a print-rich environment full of carefully selected materials to help your child connect spoken words with print and develop early literacy and writing skills. We understand the value in nurturing the whole child, and work closely with you to help your child reach developmental goals, while having fun! Your child will not only have a safe, secure, and stimulating environment to learn in, but will have support from our child development experts who have a true love and passion for children. We would love to meet you and give you a tour of our center, feel free to call us and schedule one today!
In Business Since:
1989
Credentials:

Please check directly with the business for information on licensing and credentials.

Annon
★★★★★
★★★★★
I felt comfortable upon arrival in enrolling my son here. Sadly the comfort did not stay long. On 1 occasion, when i picked him up, he had a a swollen eye, and bruising on his face. When I asked what happened, the teacher did not know, as his "normal" teacher was gone for the day. There was no incident report, and I had to wait almost a week before I got an answer as to what happened. I was lied to about the incident report and was told it was done the day it happened (yet it was dated a week after the incident). On the second occasion, I again arrived at the end of the day to pick my son up, and he had a swollen lip, and a round red mark on his cheek (appeared as though he fell and hit his face and lip). When I asked what had happen, I again received "I don't know, I was not in here when that happened, do you want me to ask his teacher?" I said the incident report is fine, well there was no incident report again. I went back the following day to gather his belongings, and take him out of the center. Upon getting his things, I was told there was a report made, when I looked at it, all it said was "noticed mark on face and swollen lip". Still no answer as to what happened to my child.
I understand my child will get hurt, he is a boy. But the fact these providers did not communicate with one another, and no one could ever give me an honest answer is unsettling. On more than one occasion I heard providers talking about throwing things away that belonged to kids after outright lying to a parents face that they would look for it (knowing they purposely tossed it out). I found other kids in the class, taking my sons blanket, one time him sitting alone crying, and the teacher paying zero attention until she saw me. I hope they have better trained their staff now, and hired more people. Never did i see stability when I picked up my son. Always chaos, and kids everywhere crying while teachers talked to each other. I have reported this daycare for investigation.

Aphroditis H
★★★★★
★★★★★
They have good staff members and they are good with children of all ages.
Tell us about...
Join free to contact this business
Already a member? Sign in
The email address on your Facebook account does not match your Care.com account. Please log in with your Care.com credentials and link the accounts in the 'My Profile & Settings' page.
or
You're all set!
Child Care / Preschools / Preschools in Silverdale, WA / KinderCare / Silverdale KinderCare
Join free today
Sign up now! It only takes a few minutes.
Let's go
I'd like to...
Find care Apply to care jobs
Who needs care?
My kids My parents My pets My household
What type of ?
Babysitter Nanny Daycare center Special needs Tutoring and lessons Date night After school I'm not exactly sure
Pet sitter Dog walker Pet day care Boarding/kenneling Groomer Veterinarian
Housekeeper Cleaning agency House sitter Personal assistant
In-home care Transportation Errands Retirement facility Dementia care Companion care
When do you need ?
Right now Within a week Within a month or two Just browsing
What services do you offer?
Babysitting and nannying Special needs care Tutoring or private lessons Center-based child care Senior care Housekeeping In-home child care Pet care Errands and house sitting
What best describes you?
Individual Small business
Last, but not least...
Fill in the blanks to create your account.
Thanks—you're almost there.
Create your login below.
Already a member? Sign in
Not looking for ? Go back